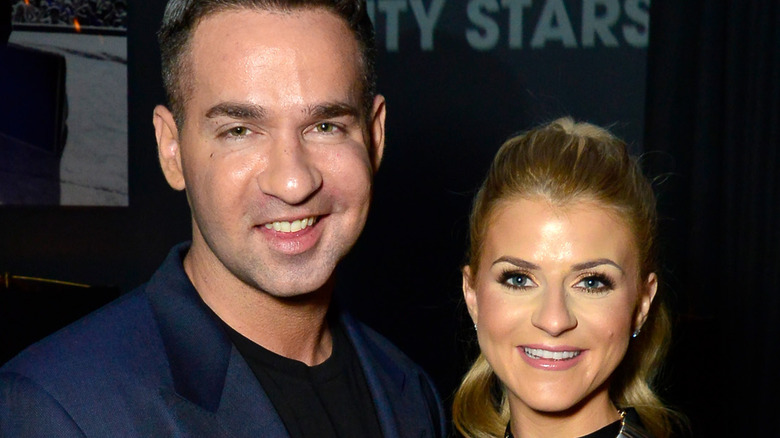 Mike “The Situation” Sorrentino and his wife Lauren Pesce have had their share of ups and downs. The “Jersey Shore” star first met in college, per Netline. The couple dated for four years before they split in 2009 just as Sorrentino was set to begin in reality TV career. In 2013, the couple rekindled their relationship, which eventually led to Sorrentino popping the question to Pesce in April 2018 as “Jersey Shore: Family Vacation” cameras caught the special moment (via Us Weekly). “I approached the executive producers and I let them know, ‘Listen I really want to do this. This show is really special to me. This is the show that introduced me to the world,'” he told Us. “It was really special for me to do this, to get down on one knee on Jersey Shore,” Sorrentino said of his on-air proposal.

A few months after getting engaged, Sorrentino was sentenced to an eight-month prison stint after pleading guilty to one count of tax evasion. Just one month later in November 2018, the couple wed at The Legacy Castle in Pompton Plains, New Jersey. In April 2019, Sorrentino began his prison sentence, but Pesce stayed strong, revealing that she spoke with her husband every day and saw him at least once a week. Once Sorrentino was released from prison, the couple immediately began trying to expand their family. However, they were met with sadness just months later.

Mike and Lauren are stronger than ever 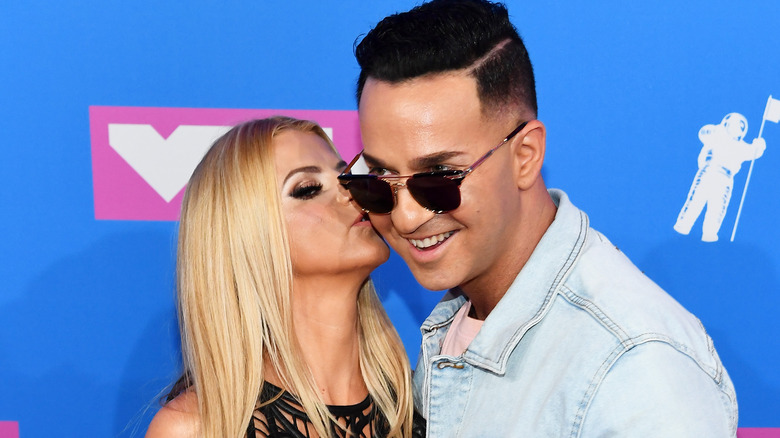 In addition to being the woman who won Mike “The Situation” Sorrentino, Lauren Pesce, a fashion blogger and realtor, is also credited for helping him build a new life following a substance abuse problem. Sadly, there were more hard times to come for the couple. In November 2019, Pesce revealed that she and Mike Sorrentino had suffered a pregnancy loss. “The night he came home [from prison] we actually conceived, and then at about six and a half, seven weeks, I miscarried. … When I found out we were pregnant, I felt like this is why we went through all these challenges for years and that this was our time and it was our blessing. … It was hard. It was really difficult,” Pesce admitted during an appearance on “Strahan, Sara & Keke.”

Pesce later admitted that the miscarriage made her relationship with Sorrentino stronger. “That definitely brought us closer together. Mike and I are an open book and that was a big reason why I wanted to share it … Once we shared that, it was like a weight off our back. Just to be able to help other people by sharing my story is always the best thing I can do,” she told Us Weekly. One year later in the fall of 2020, Pesce took to social media to announce that she and her husband were pregnant again. Weeks later, the couple confirmed that they were set to welcome a baby boy. Their son Romeo Reign was born in May 2021, per Extra. The couple are now enjoying life as new parents.

24 Feb 20
Jennifer Lopez’s twins are officially one year away from their teens! Max and Emme, whose…
Celebrities
0

24 Jun 20
We will use your email address only for sending you newsletters. Please see our Privacy…
Celebrities
0