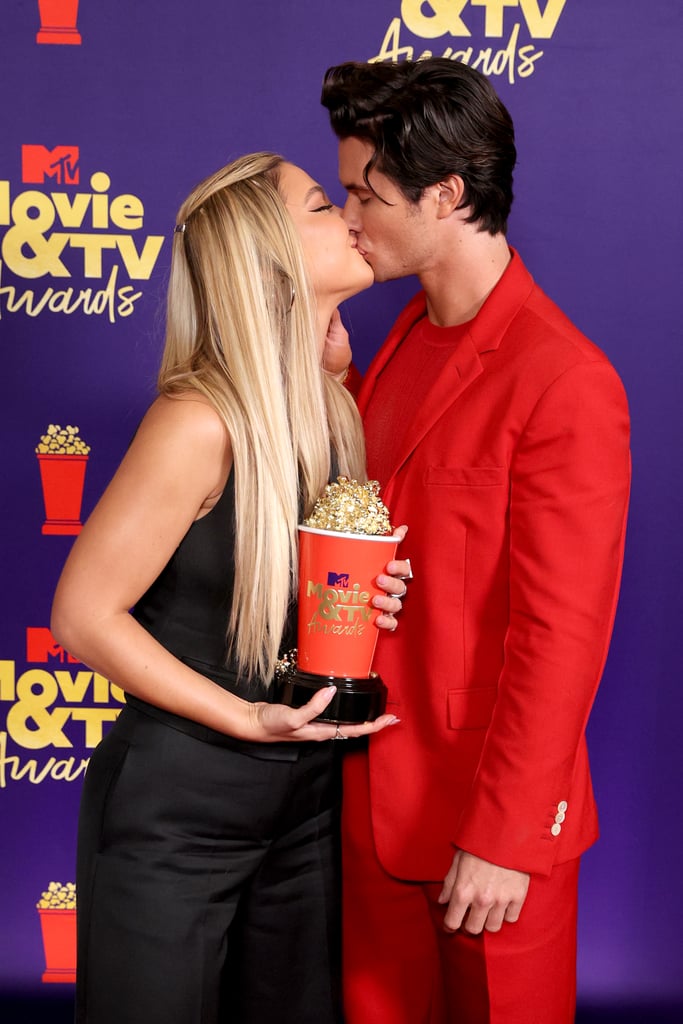 Chase Stokes and Madelyn Cline have broken up after a year of dating. After much speculation, People confirmed on Nov. 2 that Chase and Madelyn — who play onscreen couple John B and Sarah Cameron on Netflix’s Outer Banks — are “no longer together.” “They were trying to work things out privately but broke up a couple of months ago,” a source told the outlet. Chase and Madelyn first met in 2019 on the set of Outer Banks, but it wasn’t until a year later that they officially confirmed they were dating. Take a walk down memory lane and look back at their cutest moments ahead.