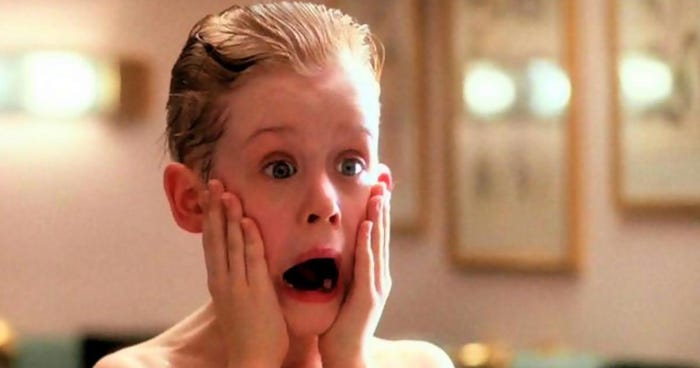 It's been 30 years since the comedy "Home Alone" hit theaters and became an instant classic.

Thanks to Macaulay Culkin's memorable performance, decades later the movie about a boy who is left home alone and must come up with ways to project his home from burglars during Christmas has become a must-watch over the holidays.

The Chris Columbus-directed movieis also beneffited from the slapstick physical comedy of Joe Pesci and Daniel Stern, along with John Williams' score that makes you all warm inside.

Let's check in on the cast and see what they are doing now 30 years later.

Megan Angelo contributed to a previous version of this story. 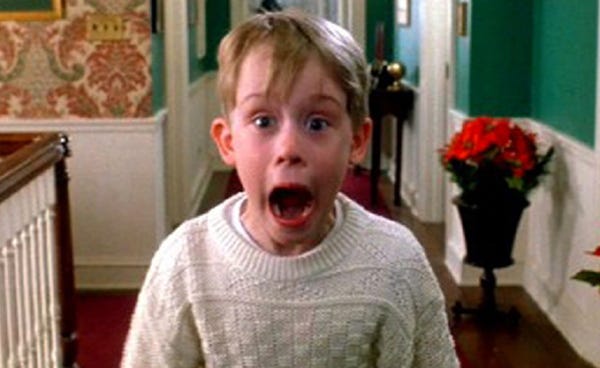 The performance by Culkin, who was 10 at the time of filming, was so good it would define his career.

Kevin is the bratty youngest kid of the McCallister family, who after being left by home by mistake when his family rushes off to a flight to Paris learns to appreciate them.

His mea culpa happens after spending days alone, having to fend for himself. Oh, and he also has to ward off burglars Harry (Joe Pesci) and Marv (Daniel Stern).

Since 'Home Alone,' Culkin has done everything from be the lead singer in a band to starring in "American Horror Story." 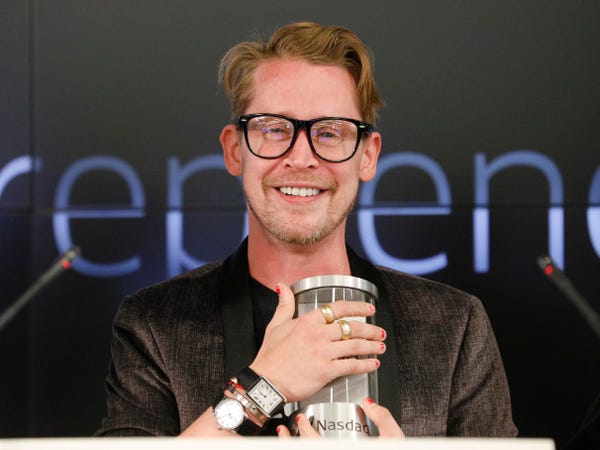 Culkin, 40, had unbelievable fame through most of his childhood due to "Home Alone" and its sequel, "Home Alone 2: Lost in New York." He continued to be one of the top child actors in Hollywood with movies such as "My Girl" and "The Good Son."

His fame was also heightened due to his friendship at the time with Michael Jackson. Culkin even starred in his 1991 music video for "Black and White."

In 2005, at Jackson's trial for sexual child abuse, Culkin testified that he slept in the same bed with Jackson, but was never molested by the pop star.

In 1994, he took a pause from acting and wasn't seen on screen again until 2003 when he made a guest appearance on "Will and Grace."

Since then, he's occasionally shown up on TV, even doing a parody of himself in "Home Alone" for a Google Assistant commercial in 2018.

He also is the cofounder of the pizza-themed comedy rock band, Pizza Underground, and the CEO of a satirical pop culture website and podcast called Bunny Ears.

In February 2020, "American Horror Story " co-creator Ryan Murphy said that Culkin will star in season 10 of the show.

Joe Pesci starred as Harry, a burglar obsessed with the McCallister house. 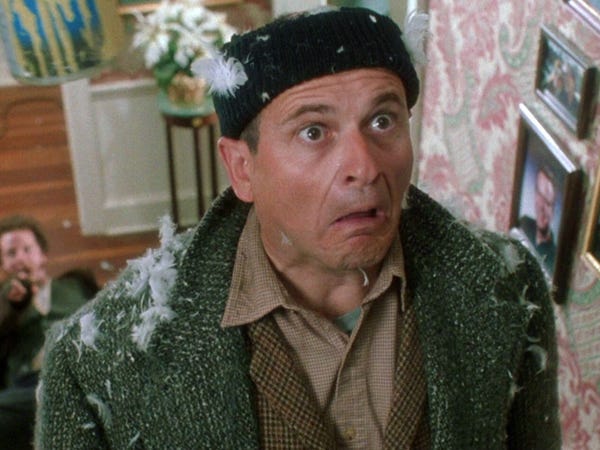 Pesci's Harry is the perfect villain for a kids-friendly movie. One half of the "Wet Bandits" (because they flood the houses they steal from), Harry thinks he's got all the angles figured out. That includes how to do the big score of robbing a block of big fancy houses as their owners are all away for Christmas.

But Harry, with his shiny gold tooth, didn't count on Kevin to ruin his plans to rob the McCallister house, which he's always had his eye on.

Pesci's performance in "Home Alone" led to more comedic roles, but he'll always be known best for his gangster movies. 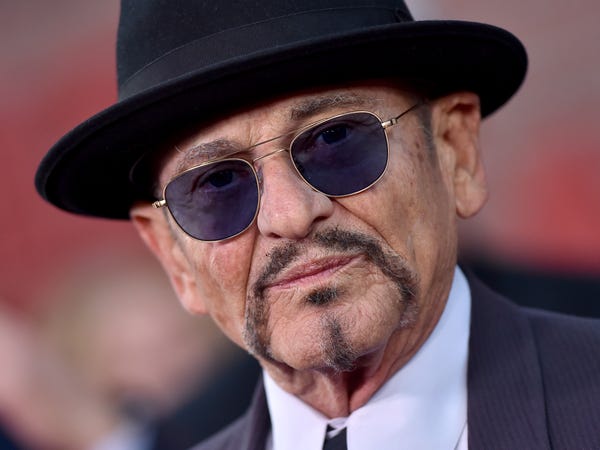 At the time "Home Alone" came out Pesci was known best for his tough guy roles in Martin Scorsese movies such as "Raging Bull" and "Goodfellas," which opened the same year as "Home Alone" and would earn Pesci an Oscar.

Pesci's silly performance as Harry showed a different side of the actor and led to him doing more comedic movies, such as "My Cousin Vinny," and playing the bumbling sidekick to Mel Gibson and Danny Glover in the "Lethal Weapon" movies.

Since "Lethal Weapon 4" in 1998, Pesci has done less and less work. In 2019, he teamed up with Scorsese once more for the director's Netflix epic "The Irishman."

Daniel Stern played Marv, the other half of the "Wet Bandits." 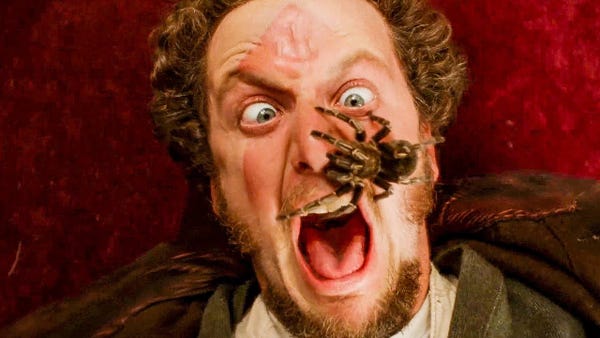 Stern's Marv is so memorable because he plays perfectly across from Pesci's Harry.

Though Harry is the leader, Marv thinks he's his intellectual equal (though what neither of them know is that they are both idiots) which leads to great comedic moments as the two try to outsmart Kevin.

And then there's Stern's physical comedy, which is the secret sauce of this movie.

Stern has been a dependable character actor for decades. 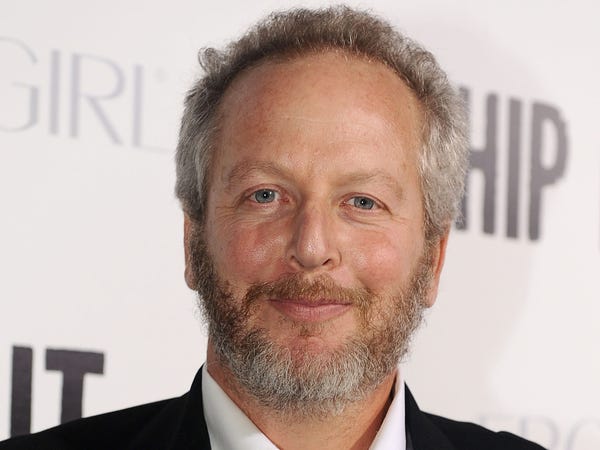 Stern has been a Hollywood fixture going all the way back to his first movie, 1979's "Breaking Away." But around the time of the "Home Alone" release, Stern was at his height in fame.

He was the narrator of the hit TV show "The Wonder Years," and a year after "Home Alone" he starred in another hit comedy, "City Slickers."

Most recently he starred in the Hulu series, "Shrill."

Catherine O'Hara played Kevin's mom, Kate, who after realizing he's home alone travels back to be with him. 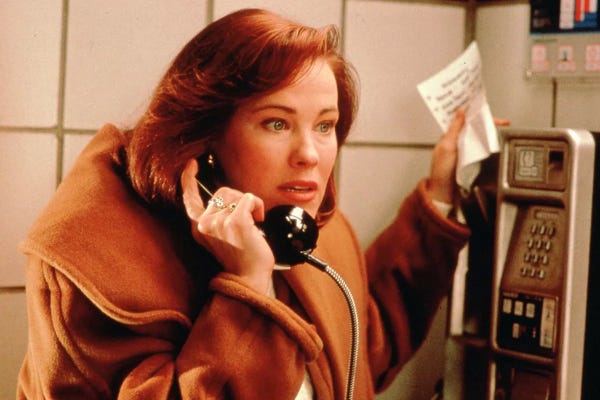 Kate, along with her husband Peter (John Heard), are definitely up there as a pair of the worst parents in movie history.

Not only do they not double check the head count to make sure all the kids are with them as they rush to their flight to Paris in the first "Home Alone," but they lose track of Kevin again in the sequel, "Lost in New York."

O'Hara most recently won an Emmy for her work on "Schitt's Creek." 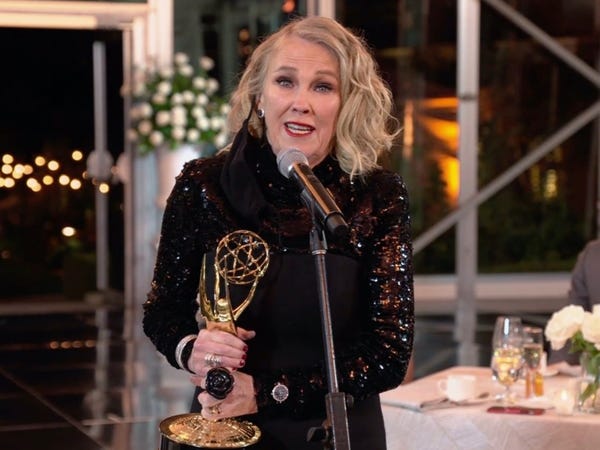 O'Hara has gone on to have an incredible career playing a wide range of characters.

For years she was known best for her work on Christopher Guest mockumentaries such as "Best in Show" and "A Mighty Wind."

Most recently, she's found huge acclaim for her role on the hit TV show "Schitt's Creek." At the 2020 Emmys she won for Outstanding Lead Actress in a Comedy Series.

With no care at all for Kevin, he spends most of the beginning of the movie teasing, tormenting, and scaring his younger brother.

It's Buzz who tells Kevin about Old Man Marley being a psycho who kills people with his shovel, which turns out not to be true.

Ratray has worked with everyone from Alexander Payne to Steven Soderbergh. 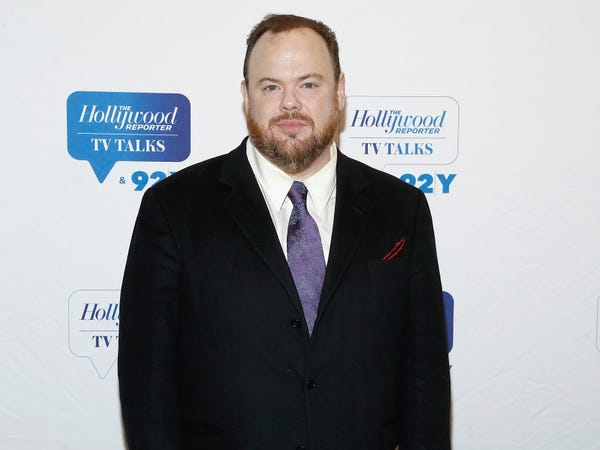 Ratray has built a respectable career since his days as Buzz.

As an adult, he's starred in Alexander Payne's "Nebraska" and has worked numerous times with Steven Soderbergh ("Side Effects" and "Mosaic").

He most recently starred in "Hustlers." 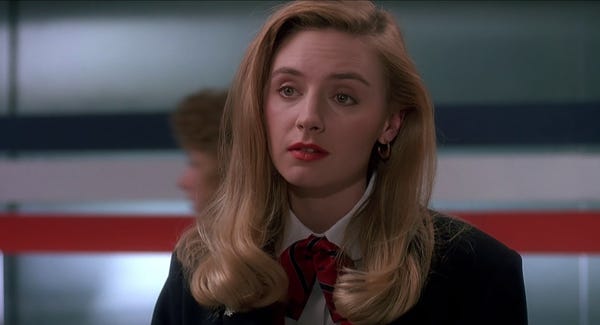 In one of the first roles of her career, Hope Davis plays the French airport ticket agent that has to give the McCallister's the bad news that there are no flights back to Chicago.

Though she has a great French accent, Davis is not French — she's from New Jersey.

Davis has been nominated for Golden Globes and Emmys numerous times. 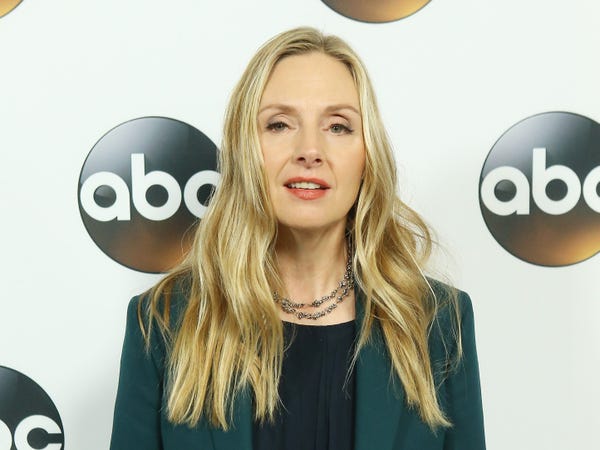 Since her small role in "Home Alone," Davis has gone on to build a successful acting career.

She's known best for her dramatic work in movies such as "About Schmidt" and "American Splendor." Davis also played Tony Stark's mother, Maria, in the Marvel Cinematic Universe. 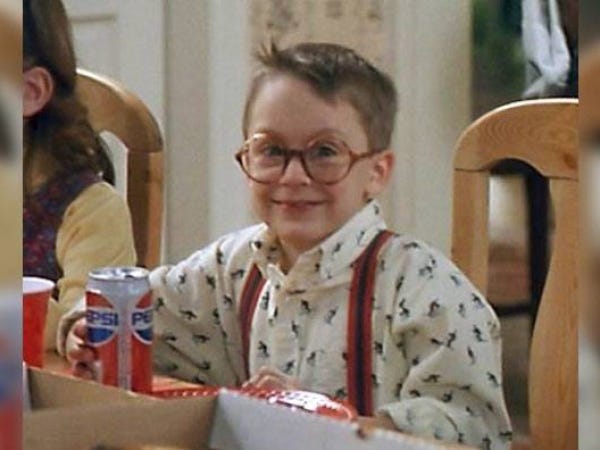 Fuller is known best for being the bed-wetter in the family (and the character tasked with the shameless product placement as he sips a can of Pepsi at the dinner table). 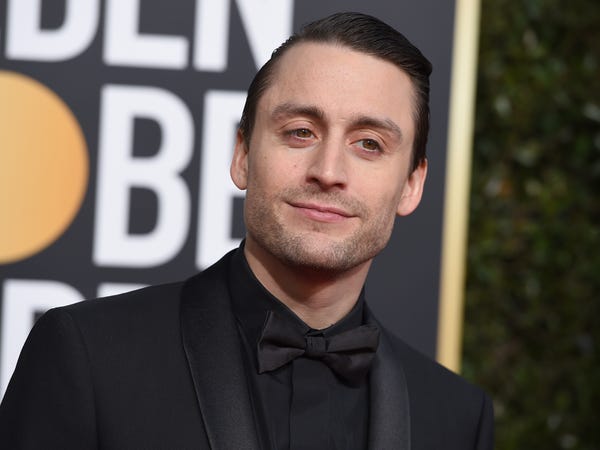 Unlike his brother, Macaulay, Kieran didn't have the early pressure of superstardom, making it possible to steadily build a career in Hollywood.

Along with scoring great roles in movies such as "Igby Goes Down" and "Scott Pilgrim vs. the World," he's found his stride playing the despicable Roman Roy in "Succession."

He's received Golden Globes nominations for his role in the last two years. 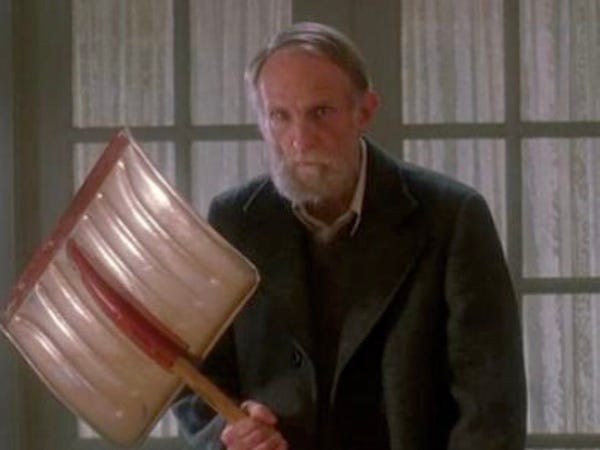 Old Man Marley, Kevin's creepy-looking neighbor who Buzz says is a killer, but turns out to be a nice grandpa, was played by character actor Roberts Blossom.

Having close to 60 roles over his career, including "Close Encounters of the Third Kind" and "The Last Temptation of Christ," Blossom will forever be known for his role in "Home Alone." 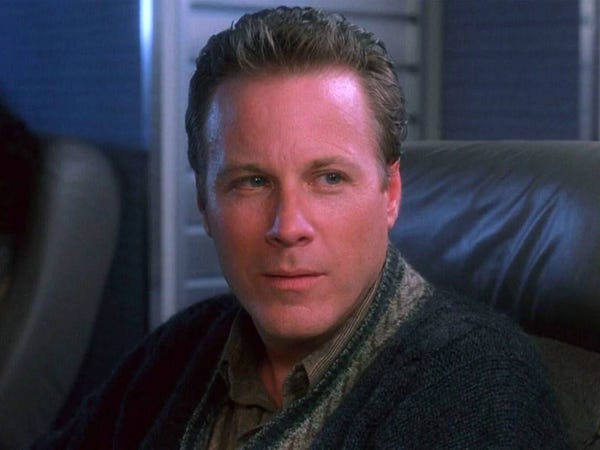 Kevin's dad, Peter, who sticks back with the family in Paris when Kate goes back to Kevin, was played by John Heard.

Heard starred in countless hit movies and TV shows, including "Big" and "Awakenings" while on the TV side he earned an Emmy nomination for his role as Detective Vin Makazian on "The Sopranos." 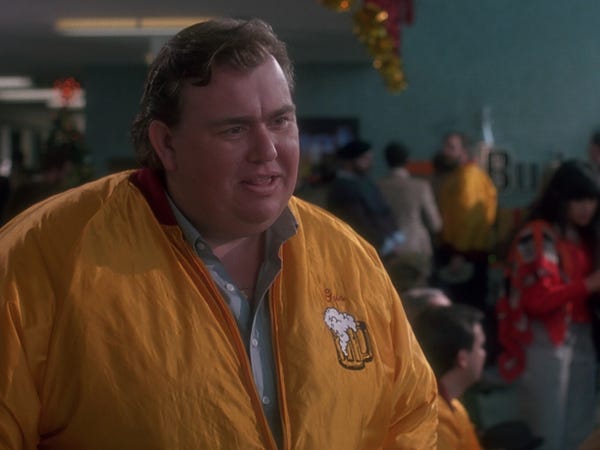 John Candy was good friends with "Home Alone" producer John Hughes, so he agreed to do a cameo in the movie.

In it he plays Gus Polinski, "the polka king of the Midwest," who helps Kate get back to Kevin by driving her home.

Director Chris Columbus said most of the lines Candy said as Gus were improvised. Candy's contribution led to some of the funniest moments in the movie.

Candy was an established star when he showed up on "Home Alone." He had already starred in hits such as "Splash," "Trains, Plains, and Automobiles," "Spaceballs," and "Uncle Buck."