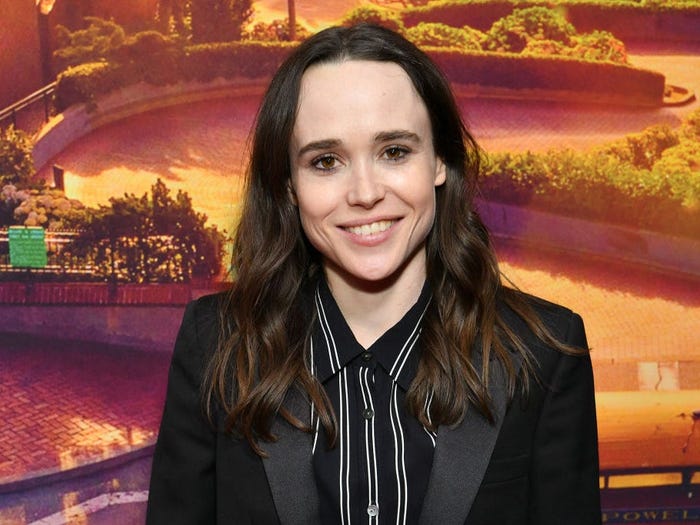 Elliot Page, the actor formerly known as Ellen Page, publicly came out as transgender on Tuesday.

The "Umbrella Academy" star, who was nominated for an Academy Award for the 2007 film "Juno," announced the news in a letter shared on Twitter.

"Hi friends, I want to share with you that I am trans, my pronouns are he/they and my name is Elliot. I feel lucky to be writing this. To be here. To have arrived at this place in my life," he began in a lenthy statement shared on Twitter. "I feel overwhelming gratitude for the incredible people who have supported me along this journey. I can't begin to express how remarkable it feels to finally love who I am enough to pursue my authentic self."

Page added that he uses both he/him and they/them pronouns, and credits the trans community for their inspiration.

"I've been endlessly inspired by so many in the trans community. Thank you for your courage, your generosity and ceaselessly working to make this world a more inclusive and compassionate place. I will offer whatever support I can and continue to strive for a more loving and equal society," he added.

Page had already been "one of the most visible out gay actors in Hollywood," as Variety reported. Back in 2014, he came out as gay during a 2014 speech at a Human Rights Campaign's conference, Time to Thrive, that supported LGBT youth.

The actor also used his announcement to condemn the "staggering" statistics of violence and discrimination against trans people. At least 40 transgender or gender nonbinary people were murdered in the US in 2020 alone, according to the Human Rights Campaign, and the majority of the victims were Black and Latinx women.

Page denounced politicians "who work to criminalize trans health care and deny our right to exist," and "all of those with a massive platform who continue to spew hostility towards the trans community."

"You unleash a fury of vile and demeaning rage that lands on the shoulders of the trans community, a community in which 40% of trans adults report attempting suicide," he said, citing data from the National Center for Transgender Equality. "You have blood on your hands."

"To all the trans people who deal with harassment, self-loathing, abuse, and the threat of violence every day: I see you, I love you, and I will do everything I can to change this world for the better," the letter concluded. 27 Aug 20
Charli D'Amelio is under a lot of scrutiny as one of the internet's biggest stars.…
Celebrities
0