Wendy Williams has had a rough year and a half. In February 2018, she disclosed that she had been diagnosed with Graves’ disease, which is an autoimmune disorder that causes hyperthyroidism. Her doctor had ordered that she take a three-week hiatus at the time. It was also alleged by a concerned third party that Wendy’s then-husband, alleged abuser Kevin Hunter, was poisoning her while she was home resting. Kevin was reluctant to let the two officers who went to investigate talk alone with Wendy, who claimed that she was recovering from a broken shoulder. This spring, she filed for divorce from Kevin, whose alleged mistress gave birth shortly before. After saying that she was ready to start dating again, Wendy is currently dating an ex-convict.

You’d think after all that she’s gone through over the past several months, Wendy would get a bit of a break. On Monday, she shared a picture of her lymphedema treatment on Instagram, a week after revealing on her show that she had been diagnosed with the condition:

Wendy Williams… 54, shared a photo of herself receiving her daily 45-minute treatment for the chronic condition as she lounged on a couch in a yellow robe.

While gazing out the window with her blonde hair covering her face, Williams wore thigh-high compression wraps on her legs and sat beside the large Flexitouch device with tubes used to stimulate the lymphatic system.

According to the Mayo Clinic, lymphedema is a chronic condition that causes swelling, usually in the arms or legs, when someone’s lymphatic system is compromised — such as when lymph nodes are damaged or removed, which can cause a blockage that creates the swelling.

As of right now, there is no cure, but [it] can be managed with early diagnosis.

The photo comes just one week after the star, who previously took a lengthy hiatus due to health concerns, revealed on The Wendy Williams show that she had been diagnosed with lymphedema.

While talking about paparazzi shots that showed her swollen ankles on the July 8 show, Williams explained the reason behind their puffiness was due to her new health condition.
“Lymphedema, by the way, I’ve been diagnosed,” she told the audience. “It’s not going to kill me, but I do have a machine — and how dare you talk about the swelling of it all.”

Williams reassured her fans that she was doing alright despite the new diagnosis and even joked that the machine that helps alleviate her swelling is a huge hit at parties.

“I’ve got it under control. If [the swelling] in my feet never goes all the way down, at least I have this machine,” she explained. “I sit for 45 minutes a day. It’s the best party entertainer ever. Everybody [that] comes over wants to do it.”

I’m so sorry to hear that Wendy is living with yet another health issue. I know from friends that lymphedema can be quite painful, and that the swelling also makes it difficult to find clothes that fit comfortably and well. I am glad that Wendy has been diagnosed so that she’s able to get the proper treatment, and it’s helpful that she’s able to have it at home, rather than needing to go to a doctor’s office every day. I love that she has a sense of humor about it, too. I hope that her health continues to improve and that she’s able to keep her Graves disease and lymphedema managed as much as possible. I also wish for her that she gets to focus on being happy and enjoying life without any other unplanned potentially distressing interruptions. 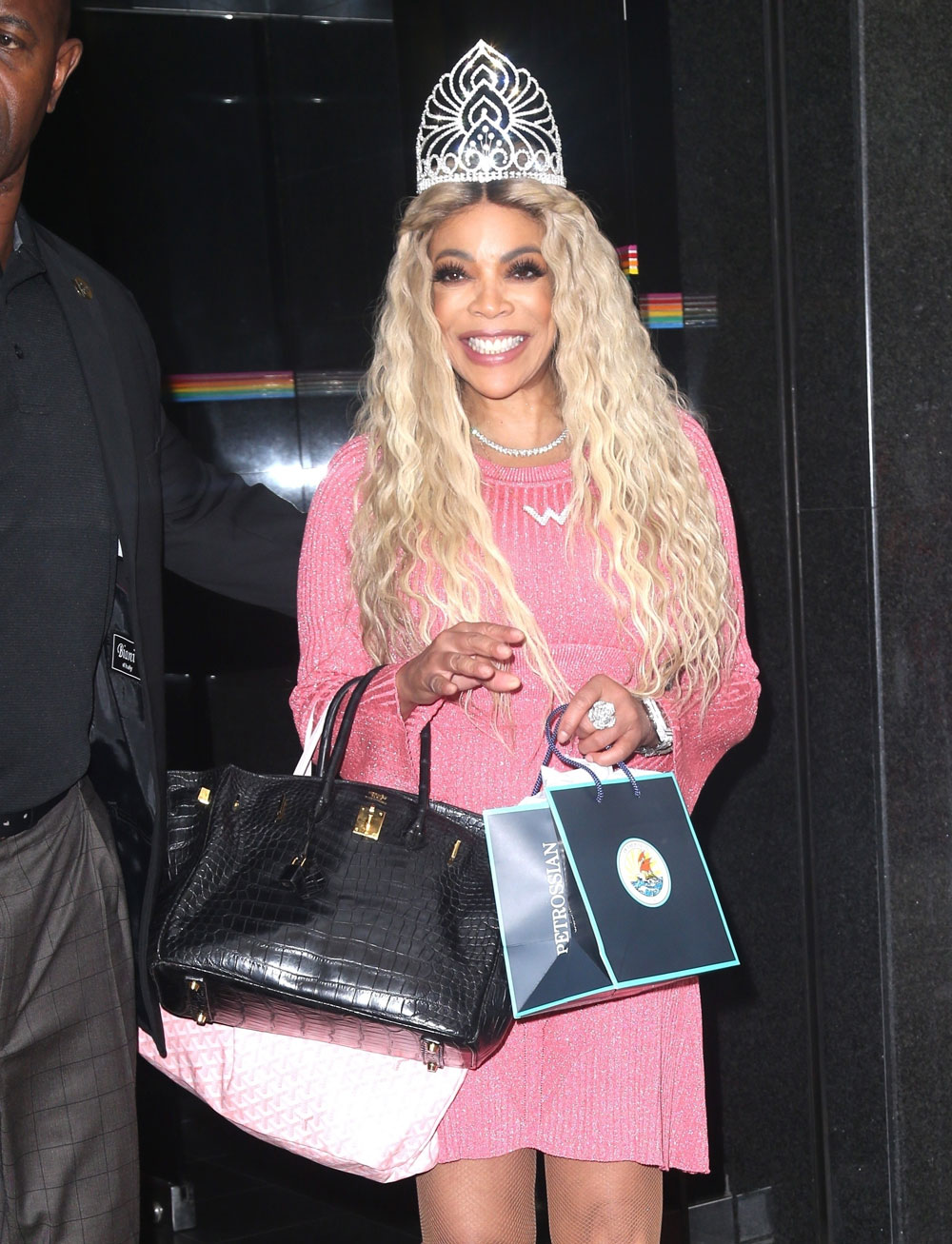 Wendy Williams is shown at Pride and wearing a tiara on her birthday yesterday. Credit: Backgrid, and Getty 1 Jun 22
The verdict for the Johnny Depp and Amber Heard trial is in, and the jury…
Celebrities
0