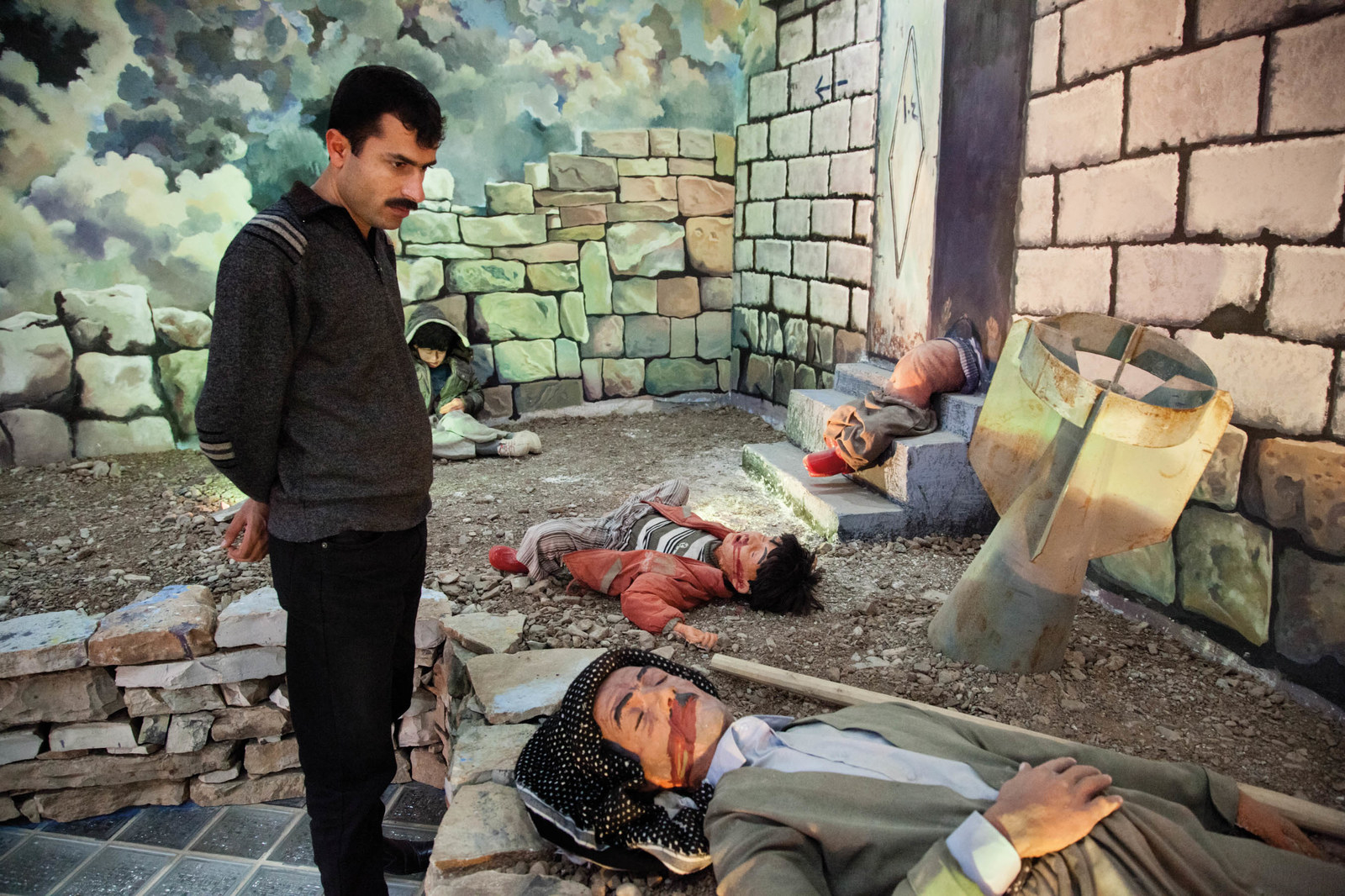 Ako Abdullah examines a diorama of the 1988 gas attack on Kurdish civilians in Halabja, Kurdistan, 2011.

Sebastian Meyer is a documentary filmmaker and photographer who spent significant time in northern Iraq, starting in 2008. While there, his best friend, Kamaran Najm, was kidnapped by ISIS and presumed dead. This deeply affected Meyer, whose first book, Under Every Yard of Sky, examines his relationship with Iraq, war, loss, and love. This interview has been edited and condensed for clarity.

In 2008, I got an assignment from a doc film company who was going to start work on a huge project documenting contemporary Kurdish history. While I was on that trip, I met Kamaran and became good friends just, like, instantaneously. I added an extra two weeks onto that assignment just so that I could go around Kurdistan with him, and then I left and went back to London, and he and I stayed in touch.

I came back the next year, again working for the same company. Kamaran and I met up and he had this idea to start an Iraqi photo agency, which became Metrography. I was like, I’m in.

I flew back to London, grabbed my bags, broke up with my girlfriend, and moved to Iraq. 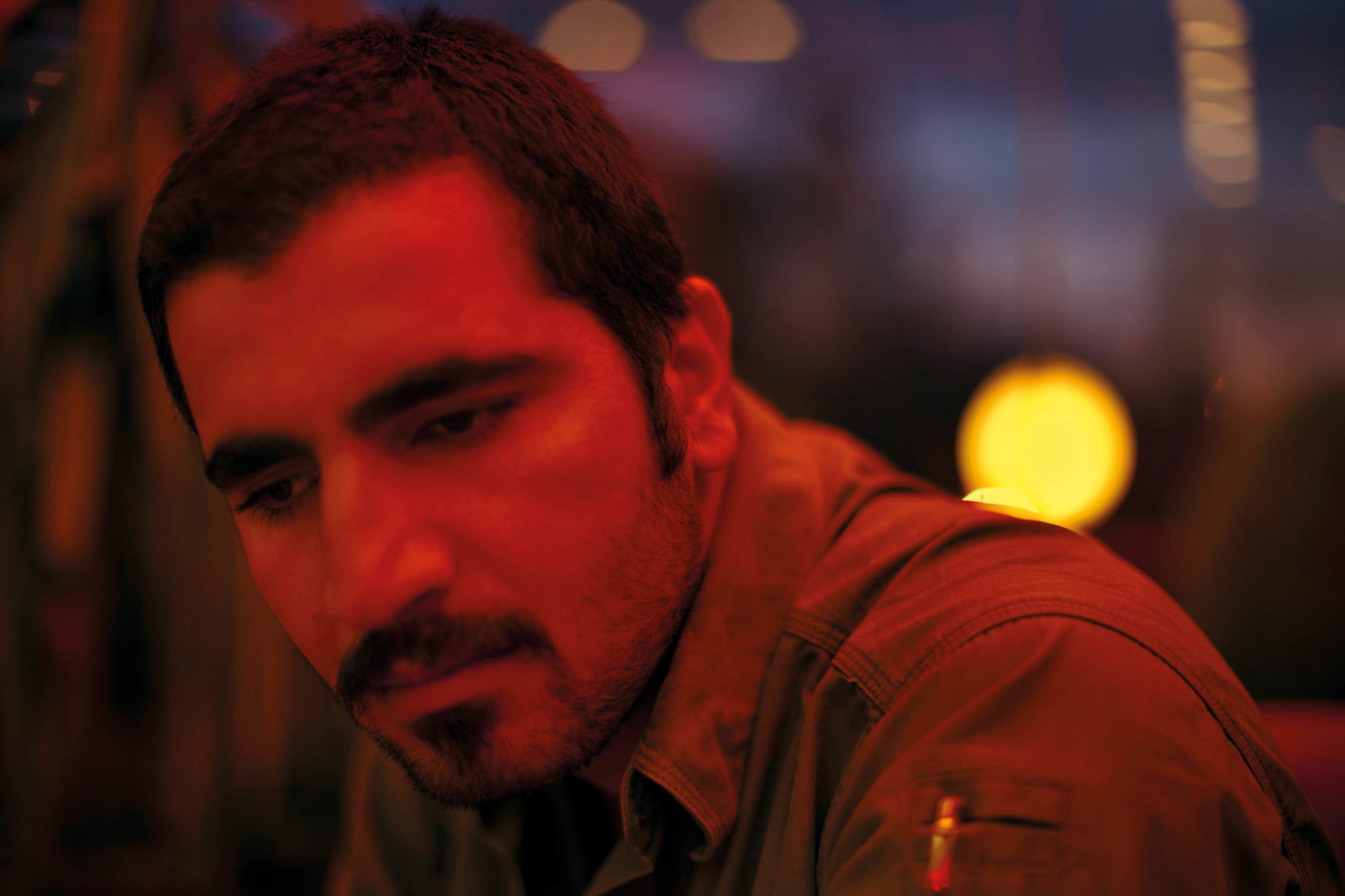 As a foreign reporter, as an outsider — especially when you come from countries that are peaceful and you go to countries that have a history of war, with a recent history of war — you report on war in a very detached way. You recognize that things are sad, you meet people who have been through trauma. It upsets you because you’re compassionate but you still keep a certain remove.

Every single person that I met in Kurdistan, from the moment that I got there, had lived through a genocide. Like, they themselves had lived through it, had been refugees or at least IDPs (internally displaced people) at least twice, maybe even more.

So take Kamaran, for example. He was born in 1981, so he survived the 1982 genocide, then his family was displaced because of that, then Saddam retaliated so they were forced into refugee camps in Iran, then later there was the Kurdish civil war, they were displaced again during that. So that’s three displacements and a genocide, and these were my friends. 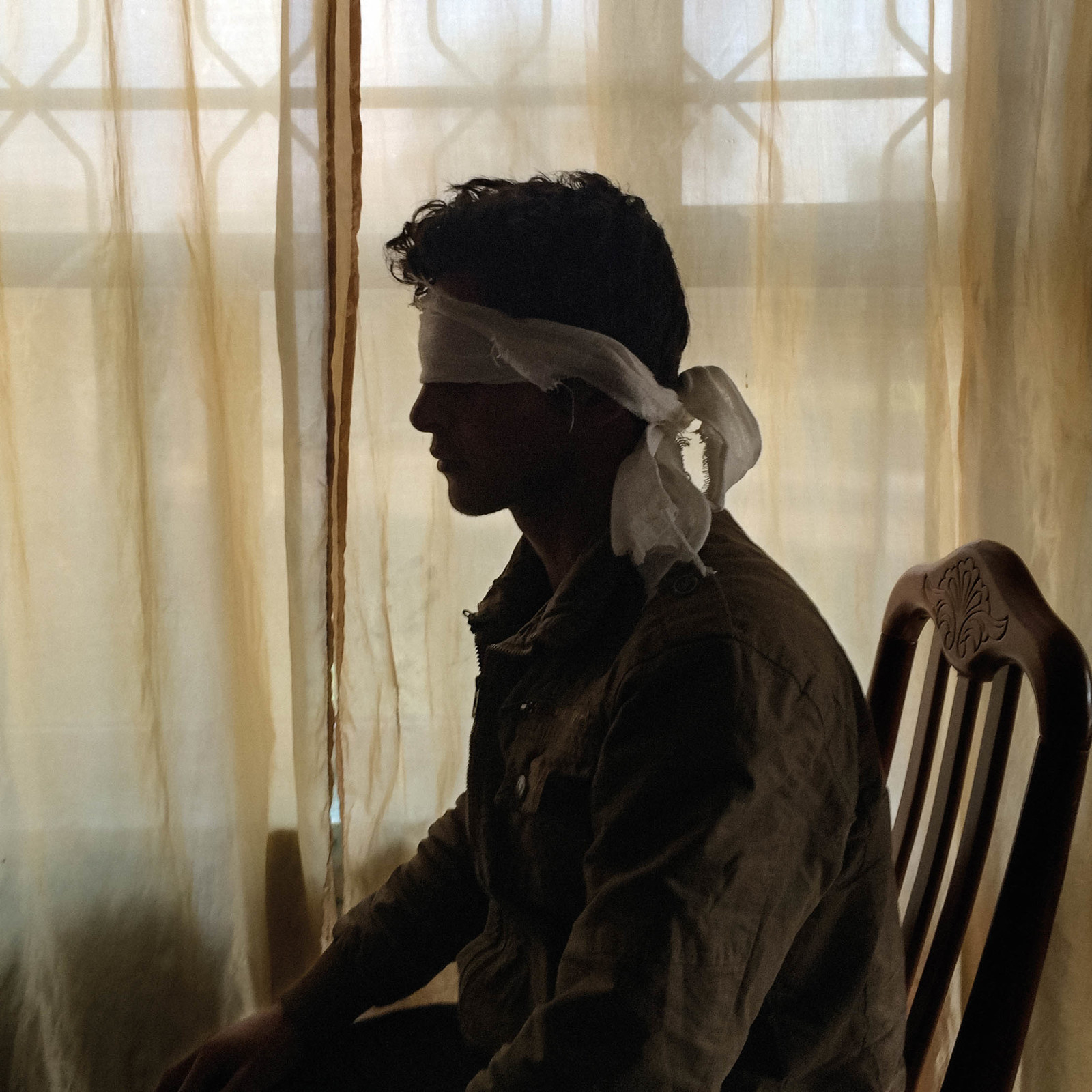 A young ISIS fighter sits in a police station in Qara Hanjir, Iraq, 2015. 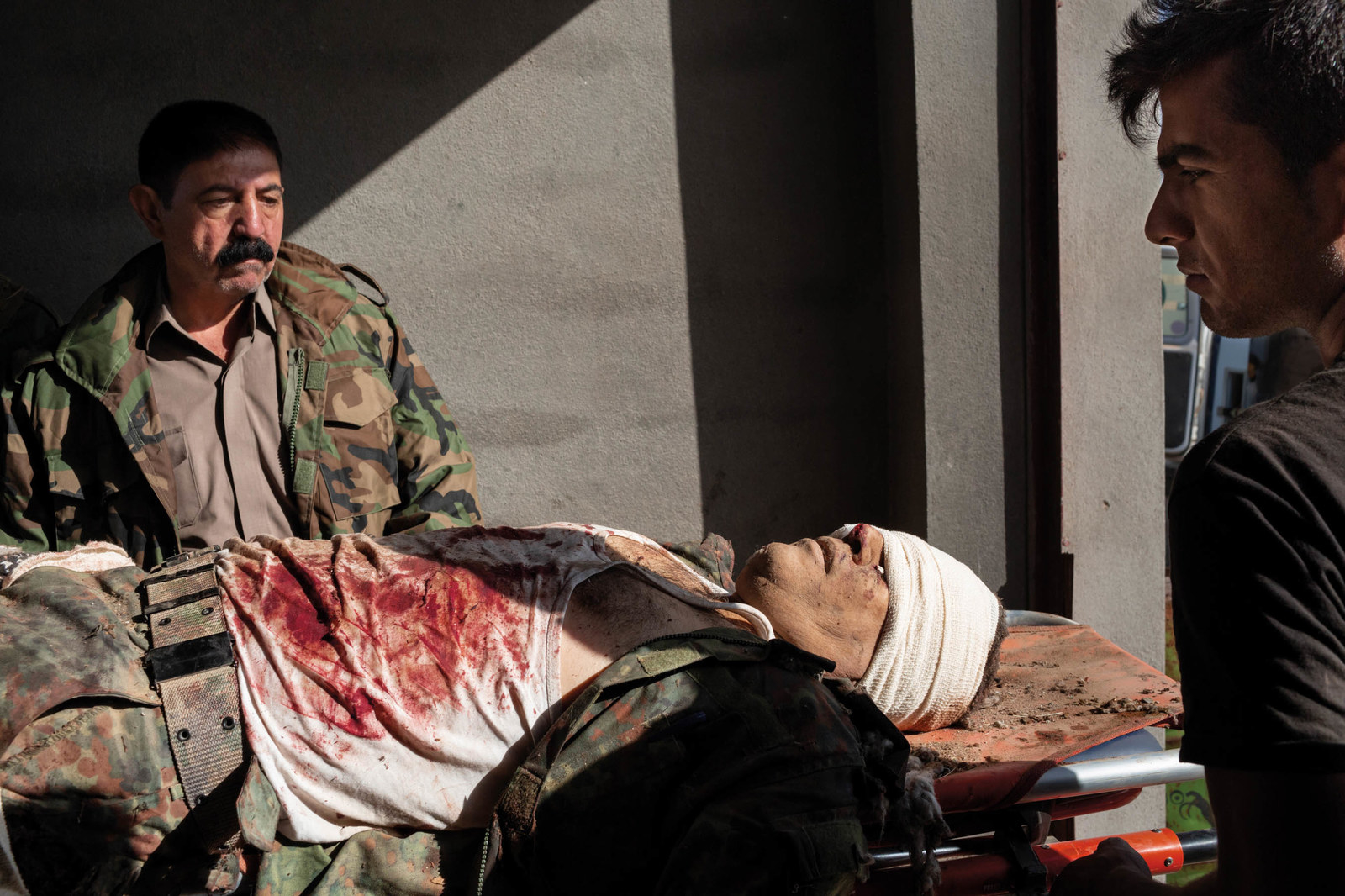 The body of Capt. Camaran Omar is brought back from the frontline, Wardak, Iraq, 2016. 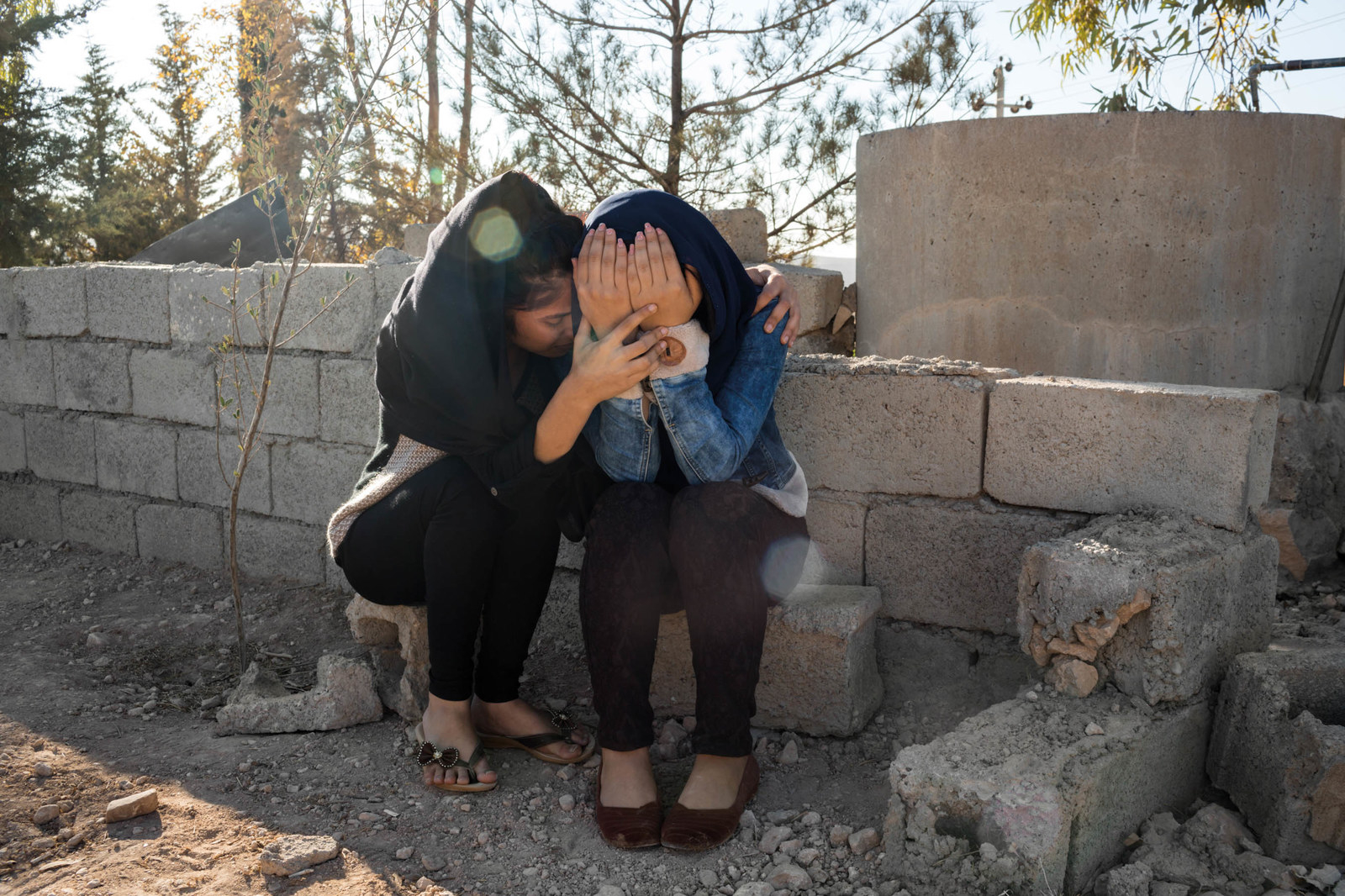 I think that the important thing that we were able to do in this book is balance the more uplifting moments with the more shocking moments, with the more intimate moments, because that’s really what life is like. Even in a place that is rather dangerous, it’s very normal. You wake up, you have breakfast, people fall in love, they get married, they have kids, and all this sort of stuff, so you need to create an atmosphere of normalcy.

So if you mix that image conceptually and emotionally with an image of a body, you start to realize, “Oh, these bodies are real people.” As an American, I might not be able to relate to seeing a body that has been at war, a dead body from the battlefield, but I can definitely relate to a couple being married. I see that on Instagram all the time.

Then it takes a turn where Kamaran was kidnapped and is presumed dead. Again, I’m not reporting on that, I’m not a dispassionate newsgatherer, I’m telling about the death of my closest friend. That turns my reporting on the subject matter into something that is even more sensitive.

A constant challenge for all photojournalists to have is, you want to create something that is striking and beautiful and to bring the world to your audience, but at the same time, if you just go for those images, you’re probably lying because life doesn’t look like that all the time. 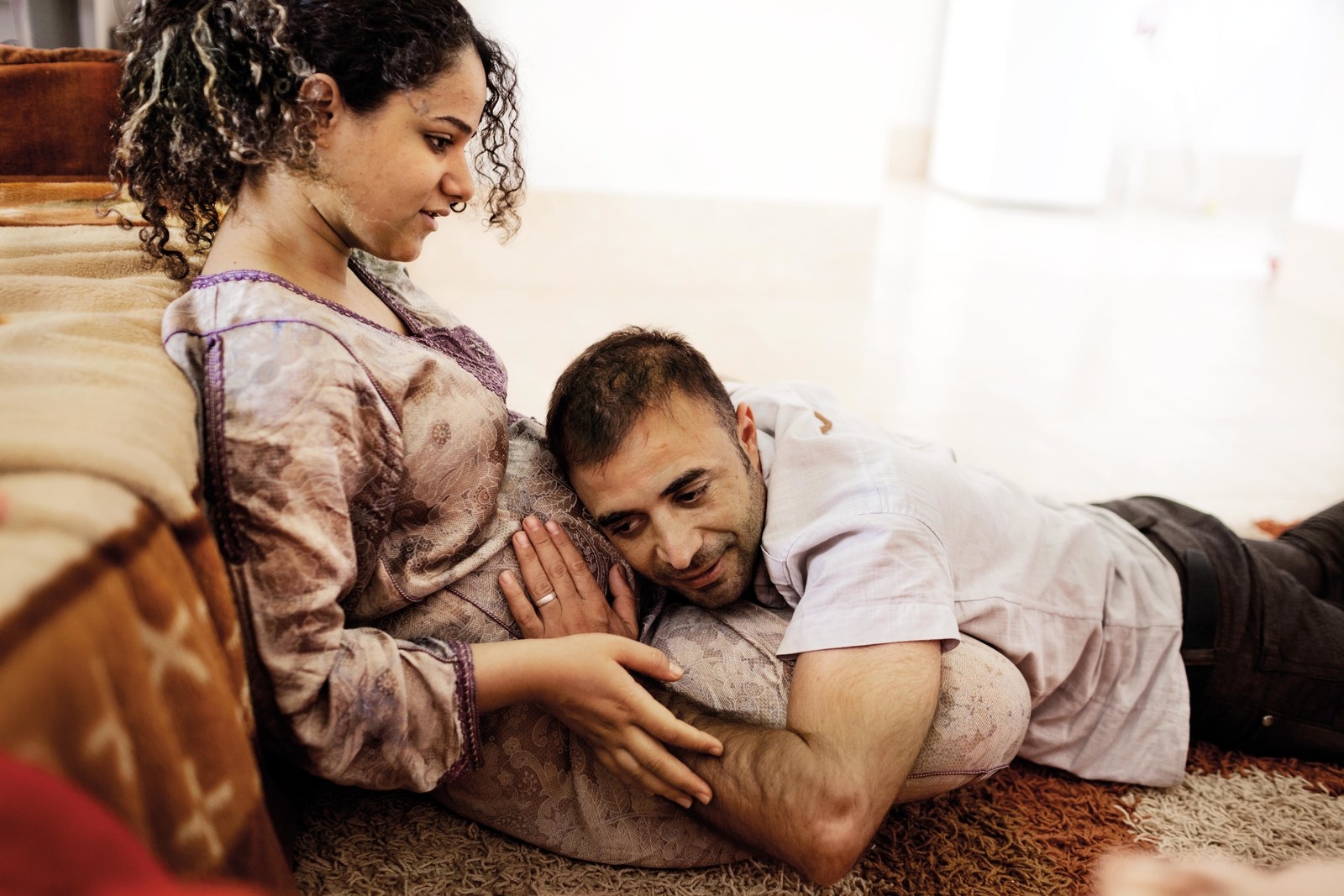 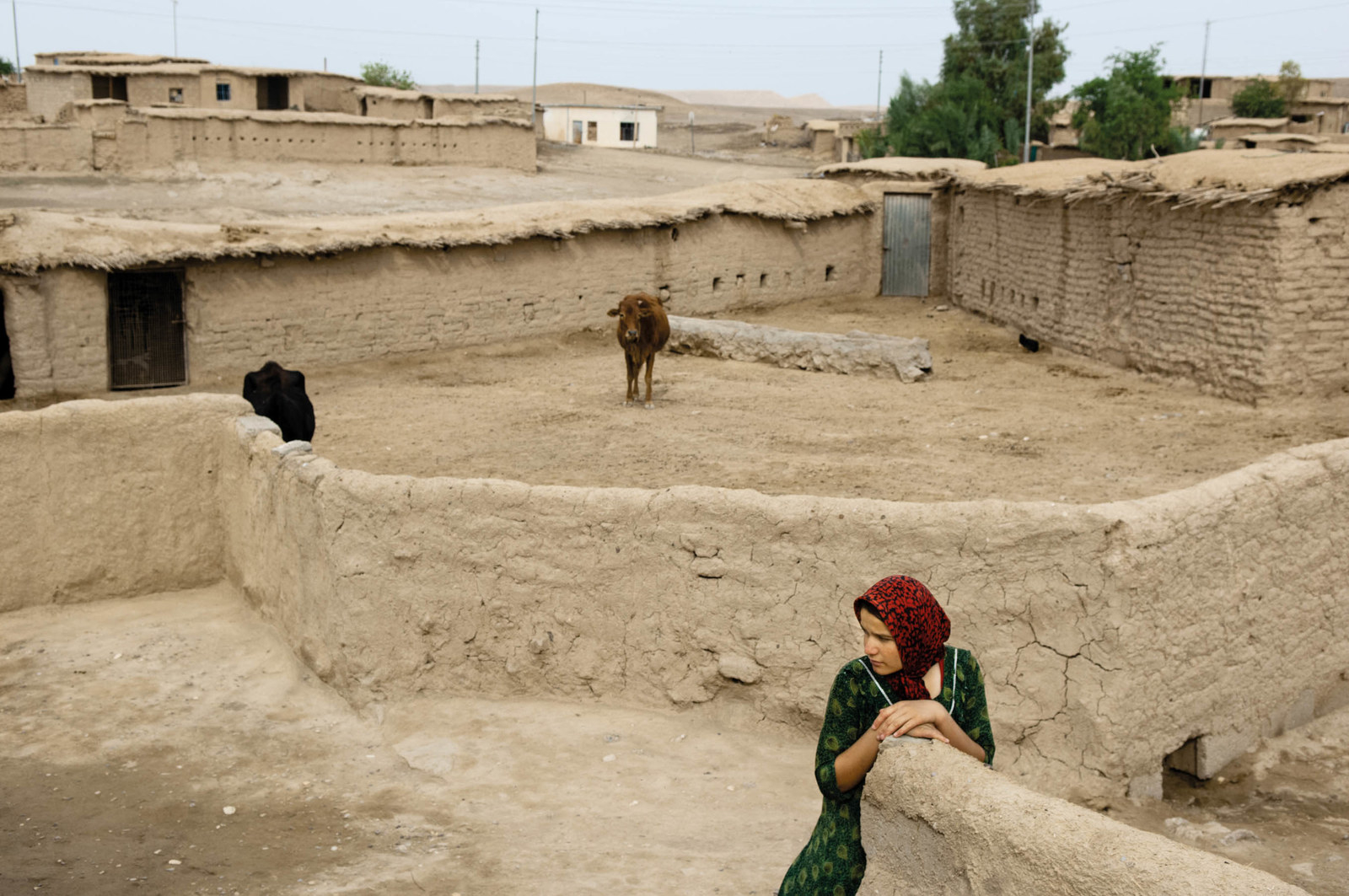 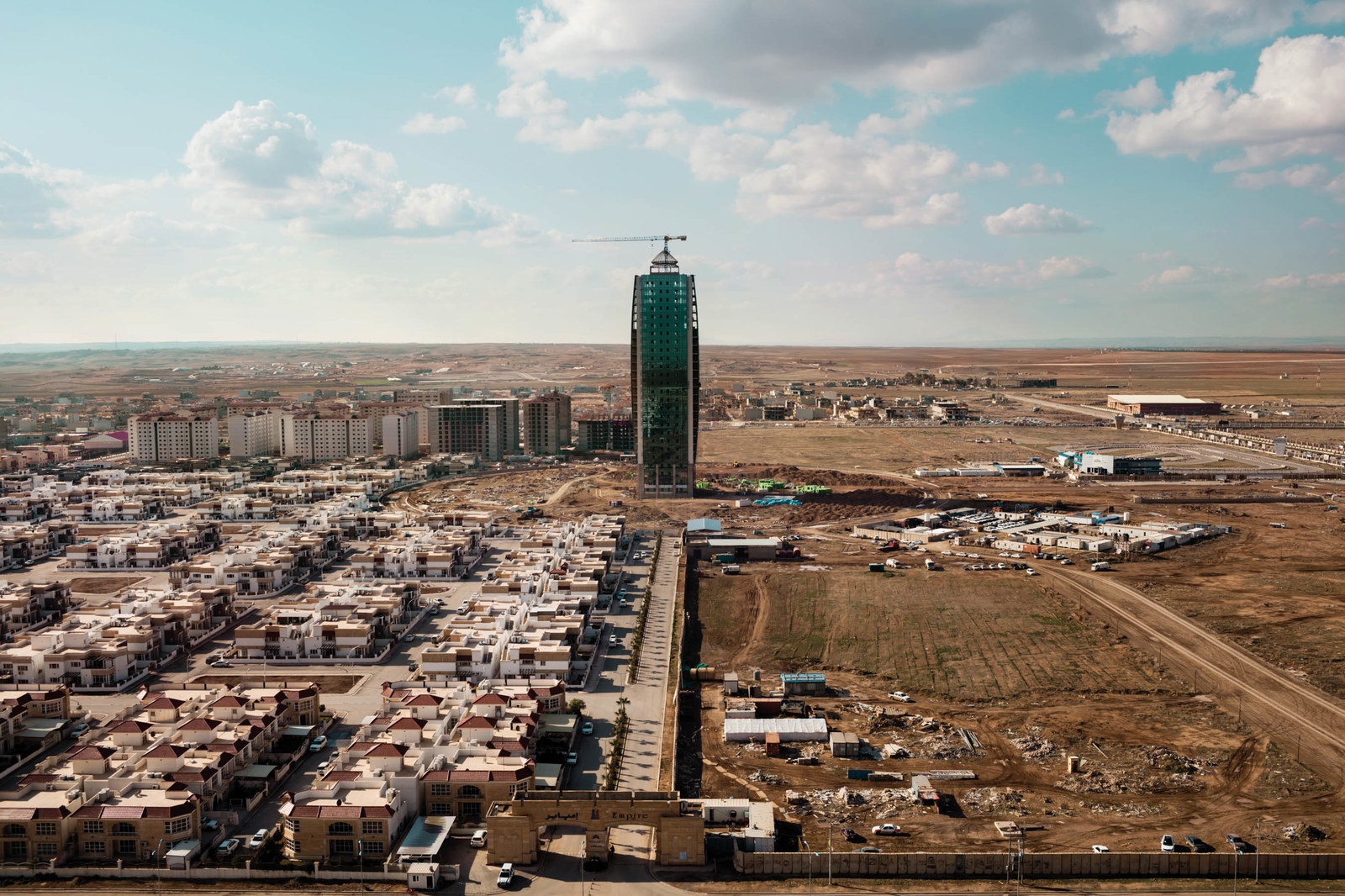 Within that, it feels like I have come to an acceptable conclusion with my work but no. If I felt that it was truly resolved, I am not trying hard enough or looking deep enough, because Kurdistan will continue to change and evolve and grow.

The original idea was to do a story about contemporary Kurdistan and contemporary Kurdish identity, which is a very hubristic idea for a non-Kurdish person to do. Somehow I thought after four years of living there that I had the knowledge and the capacity and the talent to do that, and that was essentially just an awful mansplaining idea.

As I say in the introduction of the book, over 10 years, I saw this place — one I briefly called home — rise from a brutal and poverty-stricken past to a fleeting moment of peace and prosperity, only to be plunged back into war. This book is my interpretation of Kurdistan: a place of stunning natural beauty, humor, tradition, and love, where the young are raised to dream of freedom and independence. But it is also a land of war, loss, and grief, a living cemetery to vanished martyrs. 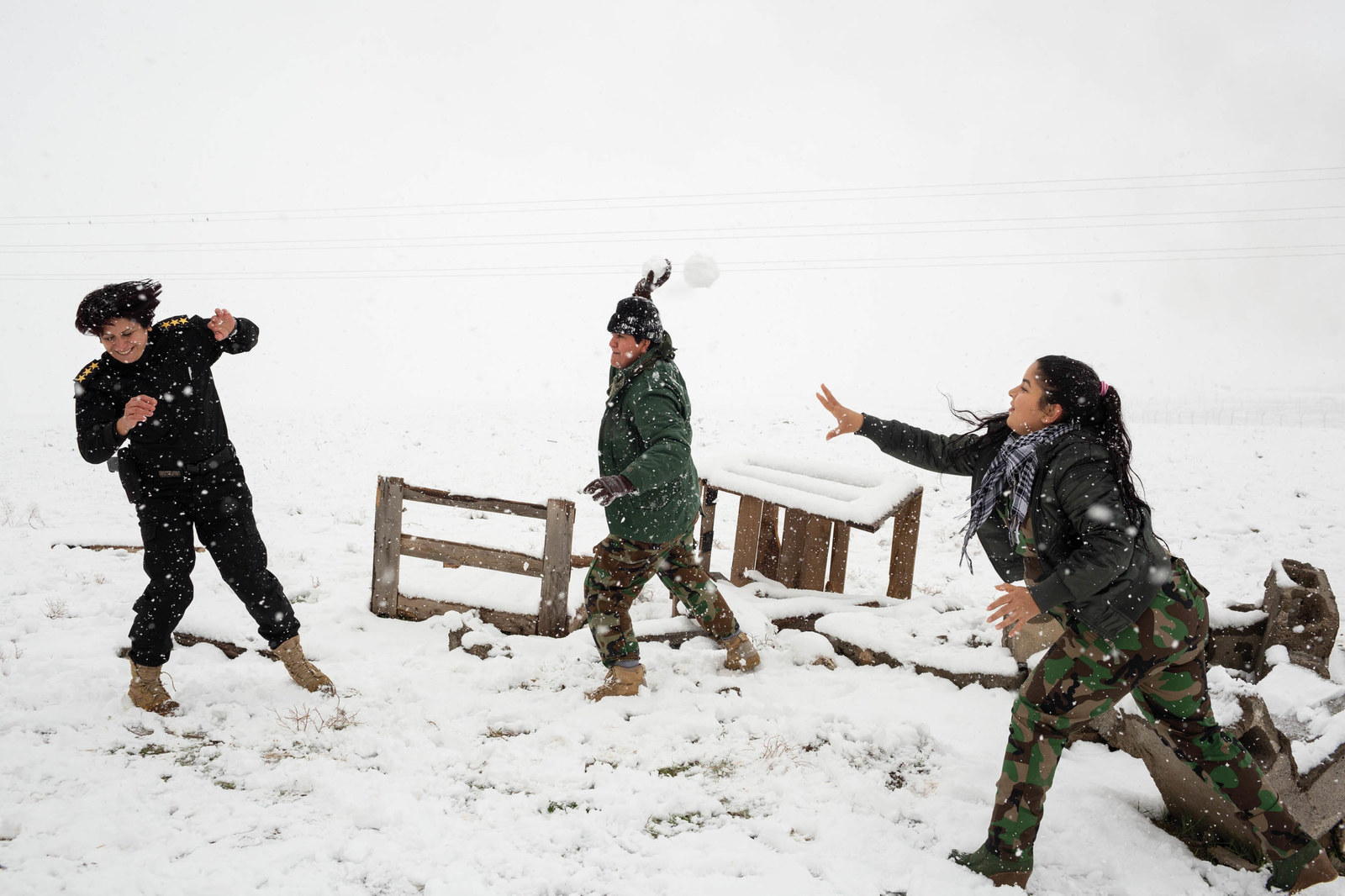 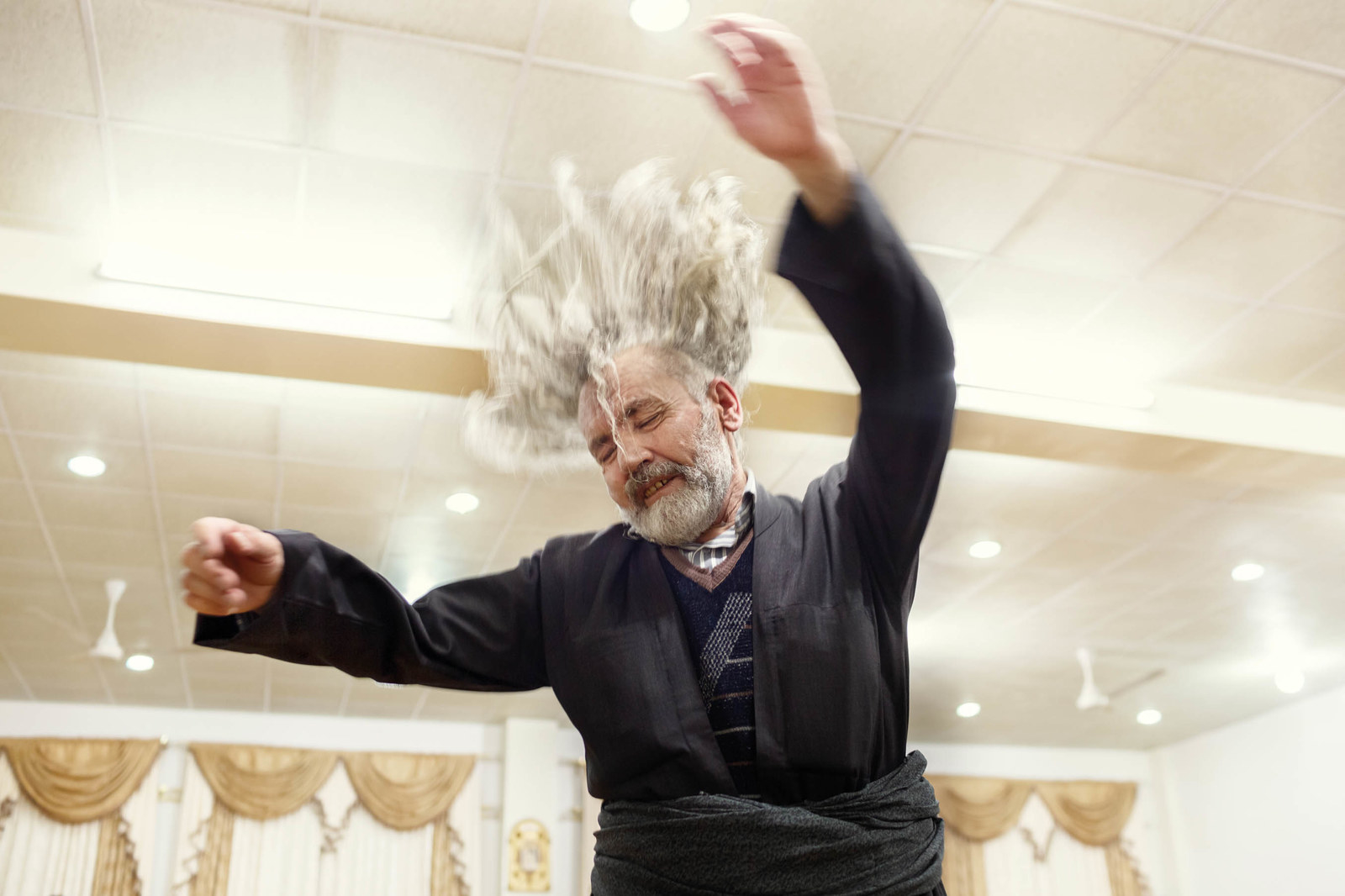 A dervish dances during a religious gathering in Sulaimaniyah, Kurdistan, 2015.

I doubt I will do personal work on Kurdistan again of this scope. Are there images missing that I want to get in there? Of course. When I look at this, I see holes — parts that are missing, parts of Kurdistan, parts of the narrative. Space and time factored in at the end, but there is a lot of me in there. Overall, what the book does is take this story of Kamaran and zoom out and you see it within the context of a region, of a country.

I think I do have a favorite image, although it’s hard to choose from 10 years of work (it really depends on my mood). There’s an image of a man called Hazhar Omar dressed in a business suit and he’s behind his big wooden desk with his Mac laptop and he has his head buried in his hands and he’s crying.

The reason that it’s my favorite image is because it invokes so many elements, that anyone from around the world can identify with — it’s a professional businessman, he’s got a laptop in a brand that many people have, he’s behind a desk which most of us do, and he’s crying. And it’s unusual. There’s nothing that you want more looking at the picture than to know what is he crying about. What is going on? 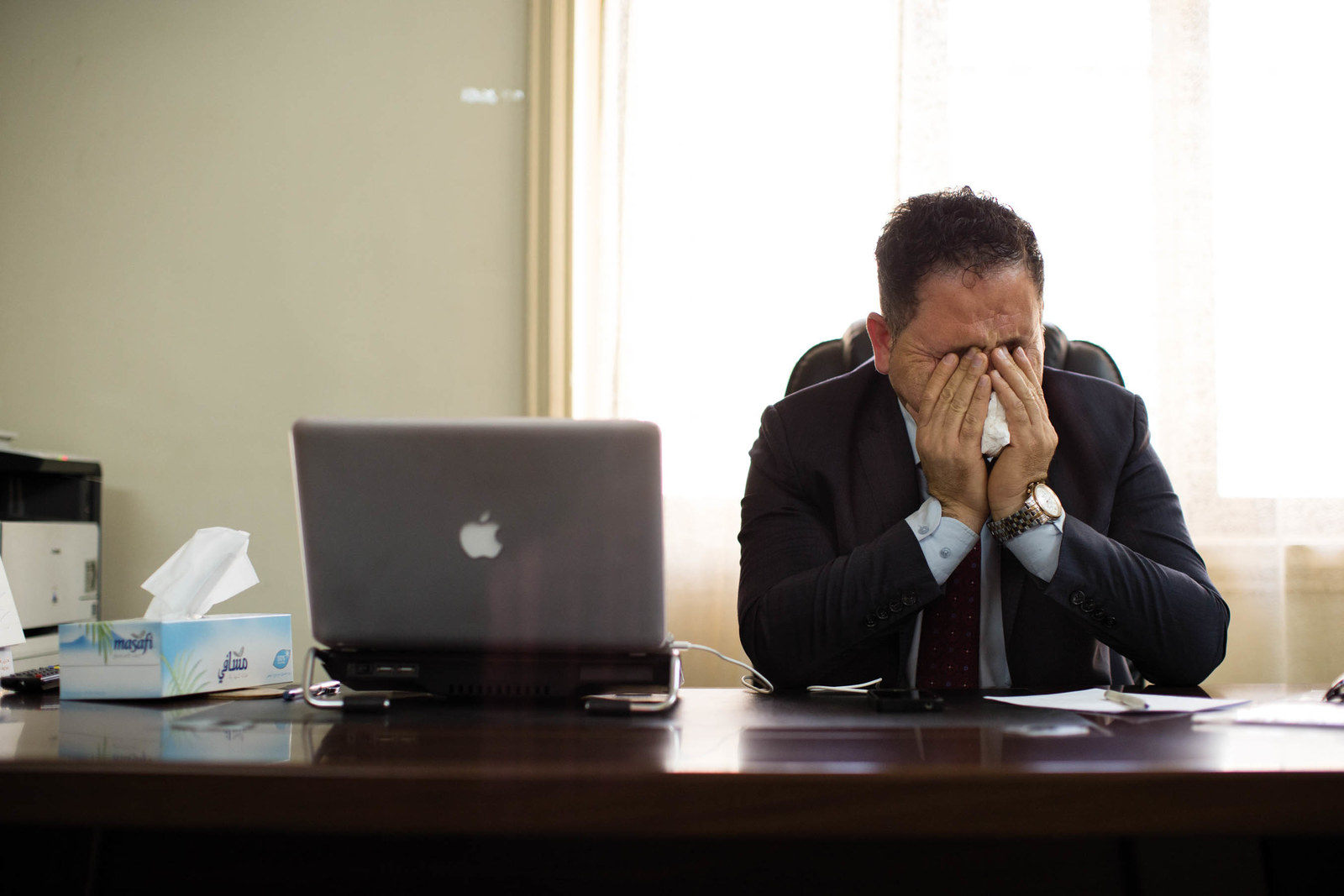 Hazhar Omar weeps as he thinks about his father, a peshmerga, who disappeared during the Kurdish civil war, Erbil, Kurdistan, 2017.

The story behind it is so poignant and so Kurdish; it really encapsulates a lot of what this book is about. Hazhar’s father was a peshmerga, a Kurdish soldier, and was kidnapped during the Kurdish civil war. He disappeared and the body was never found. Hazhar was in the Ministry of Planning, but before that, he used to go around all of Iraq looking for mass graves of Kurds who had disappeared in the ’80s, and he did it professionally, but he was also hoping to find his father. He was so good at finding mass graves that his nickname was “Mr. Google.” He was telling me right before I took this picture, that it’s the not knowing what happened to his father that makes him so upset.

His story encapsulates the story of what the Kurds have gone through in the last 40 years, but it also touched me personally because that’s exactly what happened with Kamaran. I lost my friend, my loved one, and I don’t have a grave and I don’t have a body to mourn.

So it has depth to it but it’s also boring, it’s fluorescent lighting, compositionally I don’t like its edges, I don’t like that box of tissues there, etc. Purely graphically, it’s not a brilliant photograph, but that’s the nice thing about photography is that not every photograph has to be brilliantly constructed, photography is also storytelling. 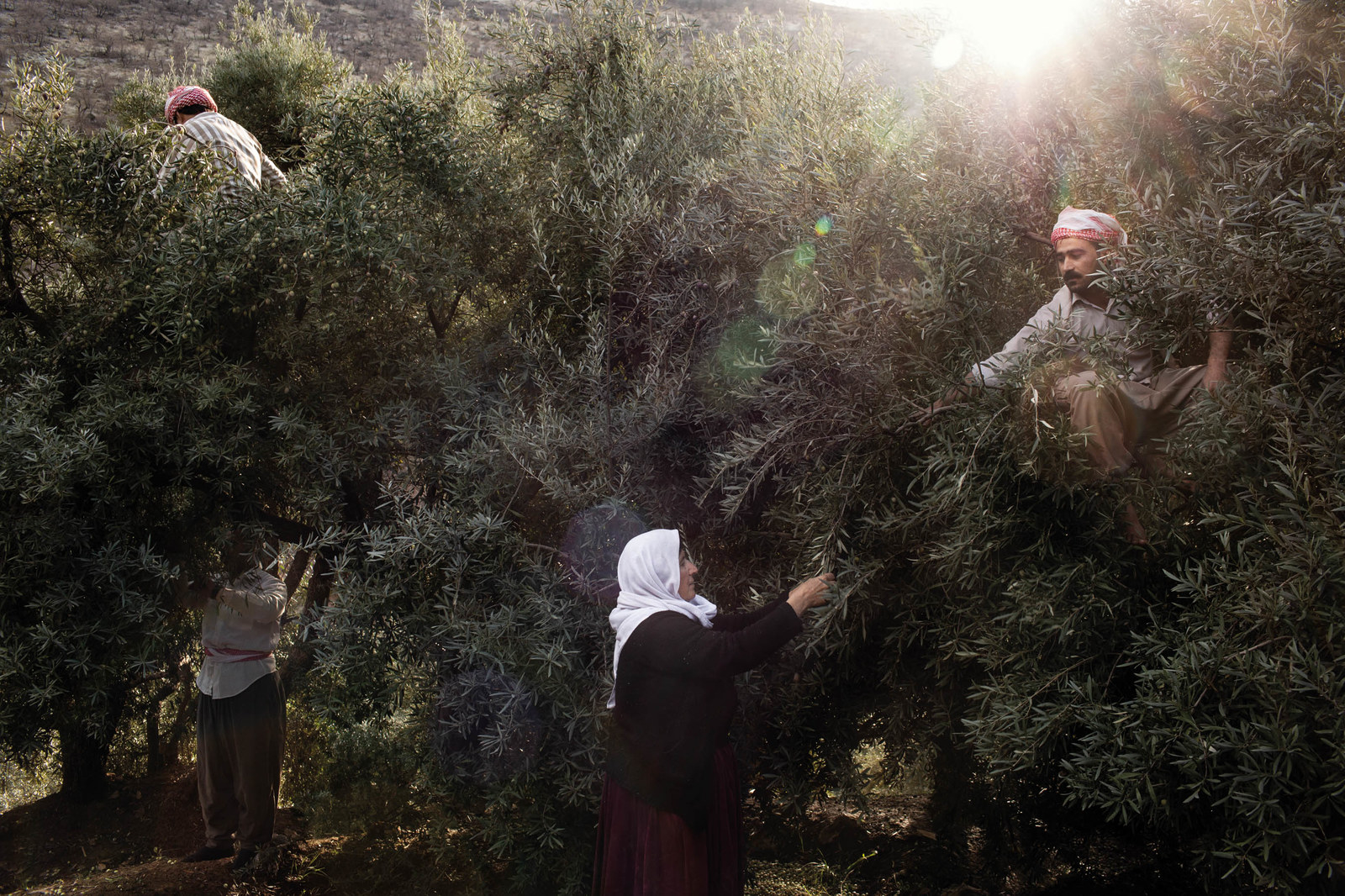 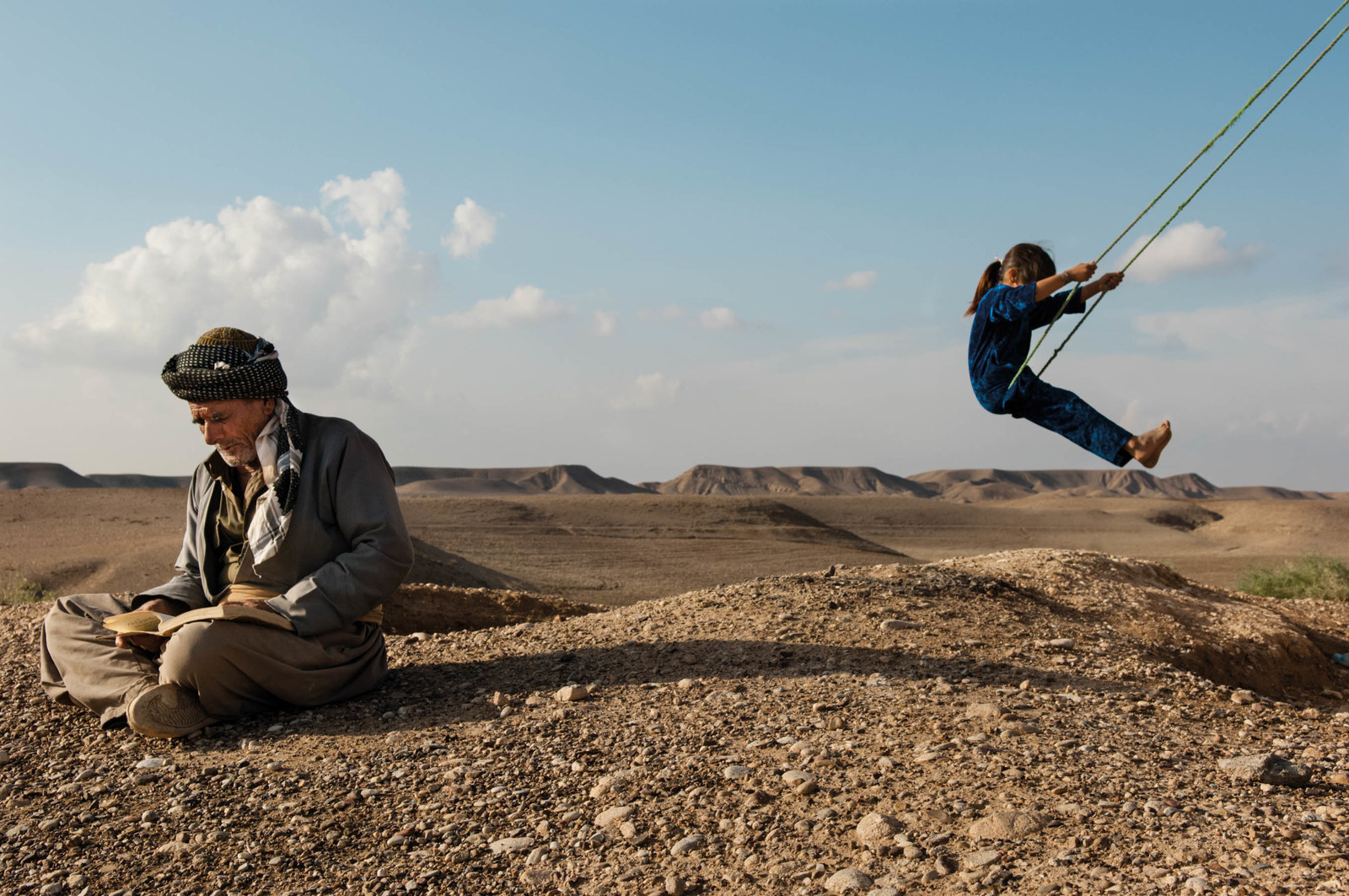 Rostam Haji Hamajan reads the Qur’an while a girl plays on a rope swing in Kulajo, Kurdistan, 2008. 16 Jun 22
Austin Butler is still very much tapped into his Elvis Presley portrayal. On June 15,…
Entertainment
0