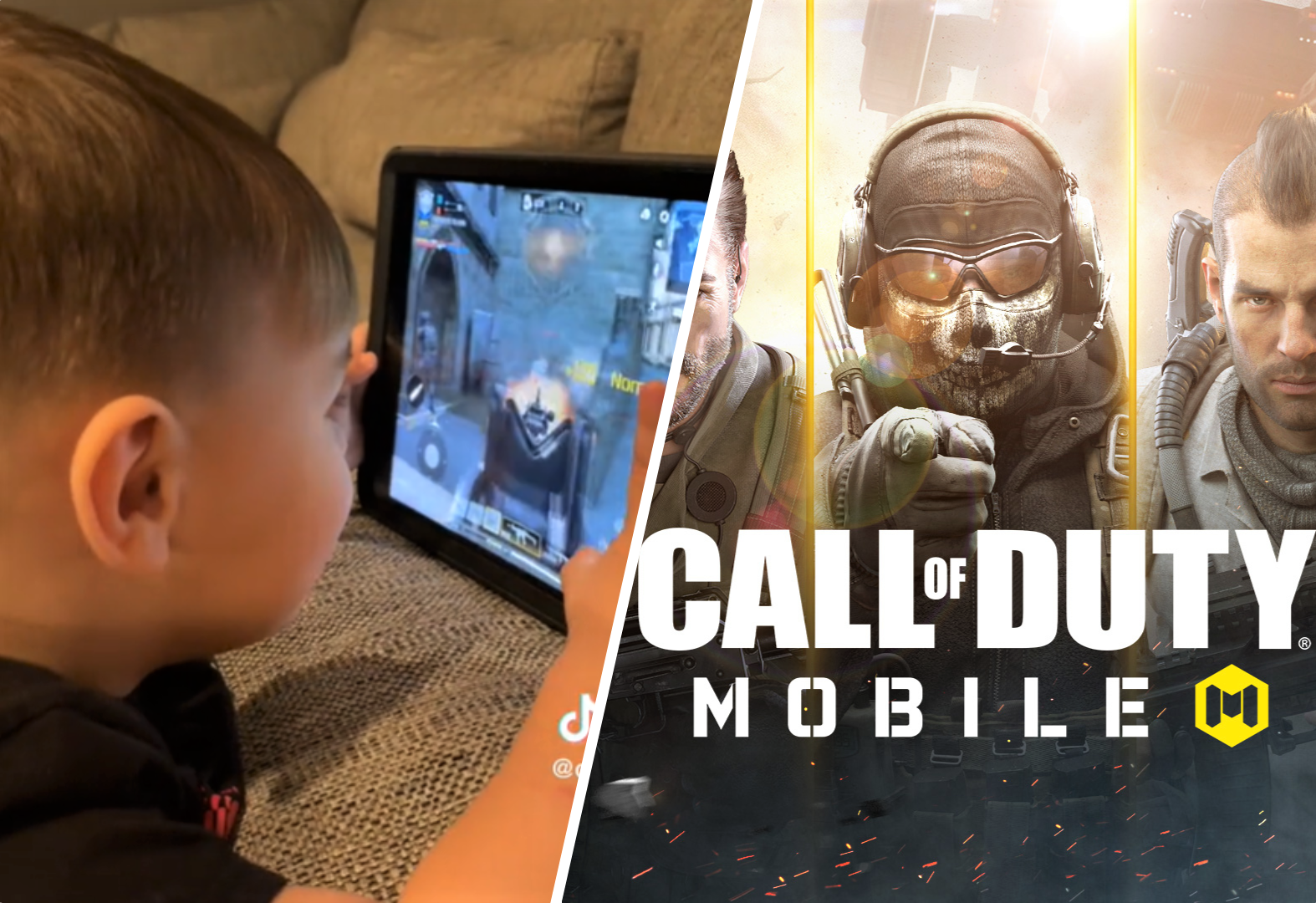 Millions of TikTok users couldn’t believe their eyes when they witnessed a 3-year-old boy get kill after kill in Call Of Duty: Mobile.

New generations of gamers seem to have their first contact with video games way earlier in life than was the case just a few years ago.

Not long ago a seven-year-old boy managed to become the youngest person to set off a nuke in Warzone 2, arguably one of the game’s hardest feats.

Now, a baby boy is proving to be better than most adults at playing Call Of Duty: Mobile, leaving more than 8.5 million TikTok users with their mouths wide open.

The video of three-year-old Kash destroying his opponents in Call Of Duty: Mobile was posted by his mum, who also seems to enjoy playing the game from time to time.

It quickly went viral on the platform, attracting both positive and negative attention from fellow Call Of Duty players.

Most people were very impressed by Kash’s skills and even joked that they would quit gaming if they ever got eliminated by a three-year-old kid.

I wonder how people would feel if they knew a 3yr old is playing them in Call of Duty. #callofduty #callofdutymobile

Many others also made jokes about the so called ‘iPad kids’ being a ‘different breed’ as the majority of toddlers have been tech literate since their first years of life.

A fellow mum shared that her four-year-old son also plays Call Of Duty: Mobile and he proved to be such a good teammate that the rest of his squad decided to wait for him to come back from his lunch break.

However, there were several viewers that were adamant that young children shouldn’t be exposed to such games, as they contain violence and graphic imagery.

Although many mobile games are kid-friendly, that’s not the case with Call Of Duty: Mobile which has received an age rating of 17+ on Google Play and Apple’s App Store.

Modern Warfare 2 and Warzone 2 also have an age rating of 18+, which means that they’re not suitable for anyone under that age.

Even seemingly innocent games like Minecraft and Roblox, which are very popular amongst kids, are recommended for players older than seven years old.

To submit Inbox letters and Reader’s Features more easily, without the need to send an email, just use our Submit Stuff page here.

For more stories like this, check our Gaming page. 7 Dec 21
Following the return of the Air Jordan 6-17-23 in “Black Metallic,” Jordan Brand is adding…
Entertainment
0 21 Oct 21
“LUX” is a new multi-sensory group exhibition at London’s 180 The Strand. In conjunction with…
Entertainment
0