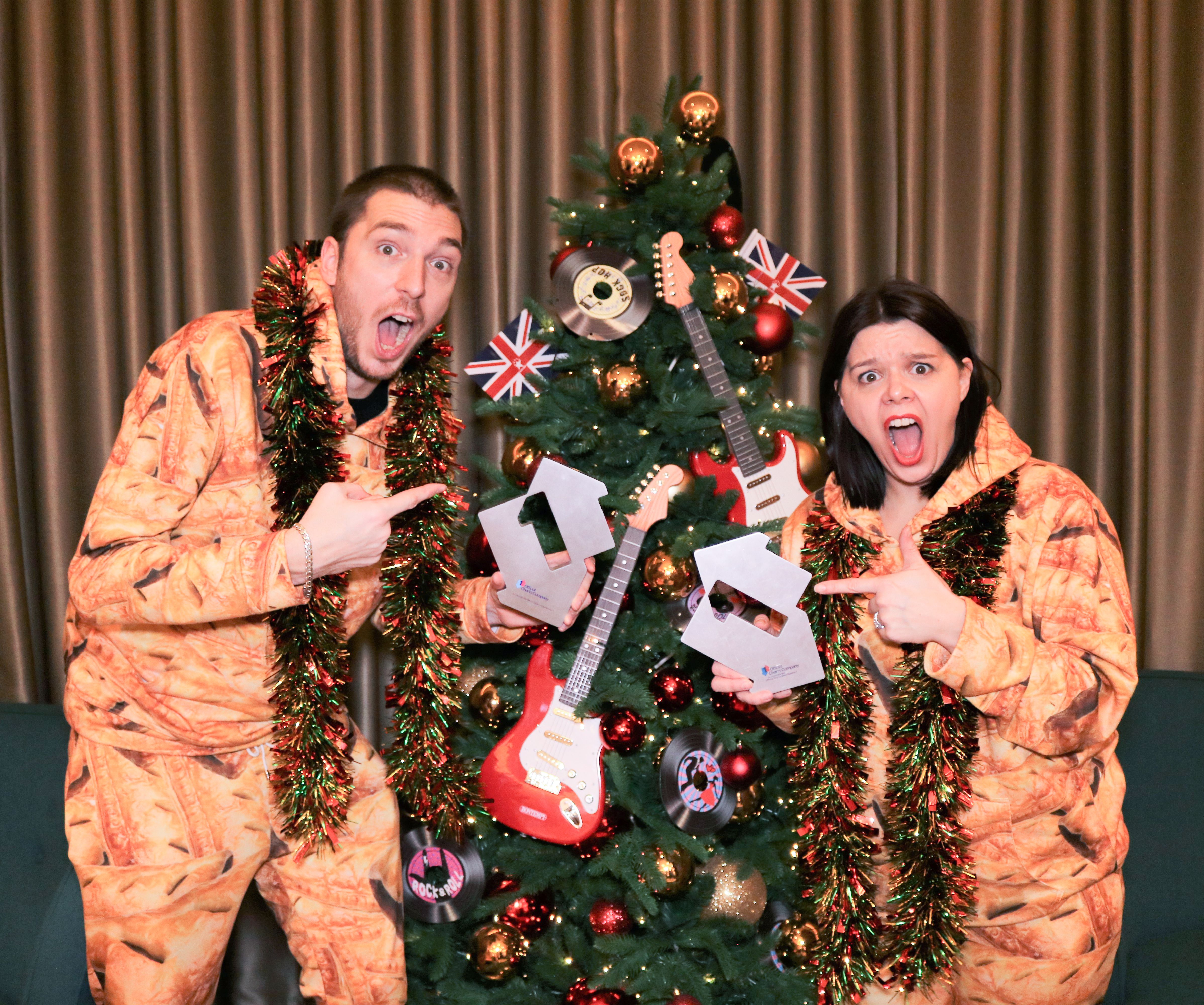 Christmas. The most wonderful time of the year.

The only time of the year when Mariah Carey, Tyson Fury, Peter Crouch, and LadBaby can all compete for the same prize.

With just a month to go until the big day, many pop music fans are eager to find out who will be this year’s Christmas number one.

Tyson Fury, Mariah Carey, Peter Crouch, and Baddiel & Skinner are all gunning for the top position, aiming to be written into British festive folklore forever.

The announcement of this year’s holiday chart-topper will cap off a year of celebration, as 2022 marked the 70th anniversary of the Official Charts.

But, who’s most likely to get the coveted honour?

LadBaby have held the Christmas number one spot ever since 2019, with their sausage roll-themed covers of We Built This City, I Love Rock & Roll, Don’t Stop Believin’ and Rock & Roll for Everyone all reaching the summit.

Can they make it a fifth year in a row? Even though there’s been no official announcement about a single release this year, bookmakers have them down at 6/1 to secure yet another number one.

There’s a World Cup on, so, naturally, Three Lions has found itself back in the charts. However, there’s a slight difference to this year’s rendition of the famous football hit – it’s Christmassy and inspired by the Lionesses’ summer Euros victory.

Bookies have the new version, subtitled It’s Coming Home for Christmas, at 7/1 to break LadBaby’s four-year reign. The official Christmas number one will be announced on December 16, two days before the World Cup final.

Stepping out of the ring and into the recording studio is Tyson Fury, who has decided to put his own spin on Neil Diamond’s Sweet Caroline – a particular favourite of England fans for many years.

Some bookmakers have him at 3/1. Could he land the festive honour?

First released in 1994, Mariah Carey’s All I Want for Christmas is You finally hit the top of the charts 26 years later in December 2020. That wasn’t enough to give it the honour of being Christmas number one that year, however, with LadBaby taking the top spot for the third time with Don’t Stop Me Eatin.

However, every Christmas, Mariah always has a say. The song has currently sold the equivalent of 3.6million copies in the UK thanks to streaming and it’s currently back inside the top 20, so she’ll be in with a shout in 2022.

A former footballer teaming up with a Britain’s Got Talent opera singer? Stranger combinations have been number one, so who knows?

Peter Crouch has teamed up with Paul Potts to release an album of classical-inspired football chants, donating the proceeds to UK LGBTQ+ charity Stonewall.

Their aim is to land the top spot in the UK album charts, but with today’s streaming habits being taken into account by the Official Charts team, there’s a chance that a breakout hit from the album might just find its way into the singles chart after all.

Also in contention are: Stormzy, Sam Smith, Becky Hill, Cliff Richard, and, if you can believe it, Basil Brush featuring Mr. Blobby. 3 Mar 21
In 1992, The Real World debuted on MTV, introducing the nation to the guilty pleasure…
Entertainment
0 23 Sep 21
Microsoft held its Fall 2021 event on Wednesday, unveiling a major revamp of its entire…
Entertainment
0