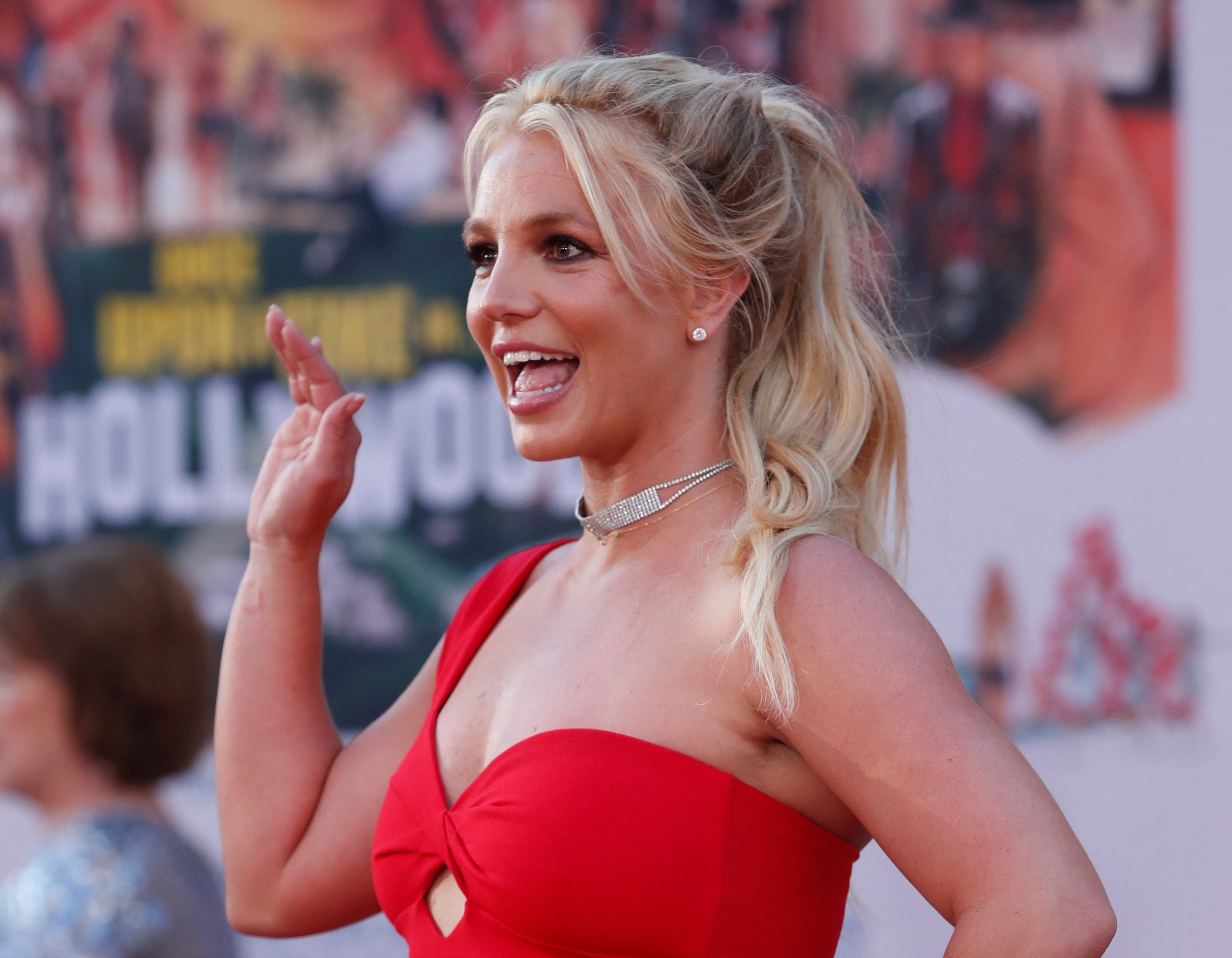 Concerned Britney Spears fans reached out to the police to perform a home visit after she deleted her Instagram account once again, it has been claimed.

The Toxic singer left some worried for her safety after she took a backseat from social media this week, following her decision to change her name to River Red.

According to reports, the 41-year-old’s departure alarmed some followers – prompting them to reach out to law enforcement.

They allegedly contacted the Ventura County Sheriff’s Office, with officials dispatched to the mom-of-two’s home to check if she was okay.

TMZ reports that officers determined that she was not in any danger – but it is unclear whether they spoke to her directly, or someone else.

It comes after Spears claimed she made a big life decision and changed her name to River Red in a cryptic Instagram post shared last week.

Announcing her supposed name change, Spears wrote on Friday: ‘A bright one … easy does it !!! Thank you, childhood friend, I found my ball … don’t underestimate the power of purity !!!

The hitmaker also recently made headlines for what was deemed a drunken outburst in a restaurant in Los Angeles.

The Baby One More Time star and her husband, Sam Asghari, went out for a quiet dinner earlier this month, with TMZ later claiming that her beau, 28, became ‘visibly upset’ and ‘abruptly stood up and stormed out the door’.

The outlet also alleged that Spears caused a scene at the establishment in Woodland Hills, California, after becoming distressed when people took photos of her.

Eyewitnesses at the venue suggested the award-winning artist grew more and more upset and started ‘yelling’ and speaking in gibberish, a reaction that apparently prompted her spouse’s walk-out.

However, Asghari soon explained what actually went down, after previously encouraging fans not to believe everything they read with a cryptic social media post.

Asghari shared how his wife – whom he met on set of her music video in 2016 – feels ‘disrespected’ when she’s filmed while out and about.

Speaking calmly to paparazzi, the dancer was asked by a TMZ reporter: ‘How are you and Britney? The other night, we saw the video from the restaurant, what happened? Can you elaborate a little bit?’

The actor replied: ‘People get a little too excited to see my wife, so everybody’s filming and doing their thing, but you know how it is… fame comes with the territory and I went to get the car to get the hell out of there and people just thought I left!’

‘But that didn’t happen,’ he assured, rubbishing rumours of any kind of kick-off.

The mum-of-two last deleted her Instagram account in June, just one week after her and Asghari’s wedding.

You can follow our new Snapchat show Pop Cultur’d, the go-to place for all things pop culture.

Keep up with the latest Showbiz exclusives by following Metro Showbiz on Snapchat.

And football fans can indulge in all the transfer gossip and more on Metro Football on Snapchat.

1 Dec 20
Before this year, I had literally never watched an episode of Bravo's flagship reality franchise,…
Entertainment
0 26 Sep 22
As anime and manga collaborations become increasingly prominent, whether it be via the runway or…
Entertainment
0 7 Jan 23
Returning for its second year on the market, New Balance has opted to keep the…
Entertainment
0