As Disney+ releases the six episodes of “Ms. Marvel” this summer, POPSUGAR has exclusive interviews with the cast and creators about making the show come to life. This week, director Meera Menon chats with POPSUGAR about episode three, “Destined.”

There was something that director Meera Menon was certain she wanted in “Ms. Marvel” episode three: songs from Bon Jovi. The episode centers around Kamala (Iman Vellani) dealing with the wedding of her brother Aamir (Saagar Shaikh) to his fiancée Tyesha (Travina Springer). The event has two huge set pieces: a choreographed dance that most of the attendees lovingly perform for the newlyweds and Kamala’s first big fight set, incredibly, to Bon Jovi’s biggest hit, “Livin’ on a Prayer.”

The idea for a Bon Jovi moment came right from the script, which featured a cover band at the wedding by the name Brown Jovi. “We worked with the music supervisors on the show to figure out if we could get rights to Bon Jovi’s music,” she tells POPSUGAR. “I wrote a little letter to Bon Jovi explaining how big of a fan I was. I went to his concerts at Giant Stadium when I was a teenager.”

“I think he means a lot to people from New Jersey,” she says. “But specifically, I wrote that he means a lot to immigrants. [The] connection to American pop culture and American pop music that immigrants have is really strong and meaningful. Using his music in the show felt really necessary to tell the story of this immigrant family from New Jersey.” The artist gave them the green light.

There’s actually another, smaller moment when viewers can hear a snippet of one of his songs. When Bruno (Matt Lintz) asks Kamala to slow dance, Brown Jovi starts playing “Bed of Roses.” They’re interrupted before the band can get out of the first verse, though.

“When it came to the actual fight sequence, we experimented with a couple of different Bon Jovi tracks, but ‘Livin’ on a Prayer’ is obviously the most iconic,” Menon says. “Livin’ on a Prayer,” is, of course, about two scrappy kids from New Jersey trying to survive under what feels like impossible odds, which makes it the perfect song for Jersey girl Kamala. During the fight, Kamala really starts to come into her own as a hero and becomes more comfortable with her powers. Menon said that episodes two and three were intentionally set up to show her evolution as a hero. Menon says, “There was always the intention that her saving the kid dangling off the mosque in episode two was always going to be a bit more improvised and more jagged and definitely more flawed of an attempt at a superhero save.”

Earlier in the episode, the creative team also put a lot of consideration into which songs would be used during the dance the friends and family perform for the couple. “We wanted something kind of old school for the parents to dance to, and then we wanted something kind of upbeat and Bhangra-infused for the younger folks to dance to,” Menon explains. “And just getting the right combo of songs for that sequence was not easy.” 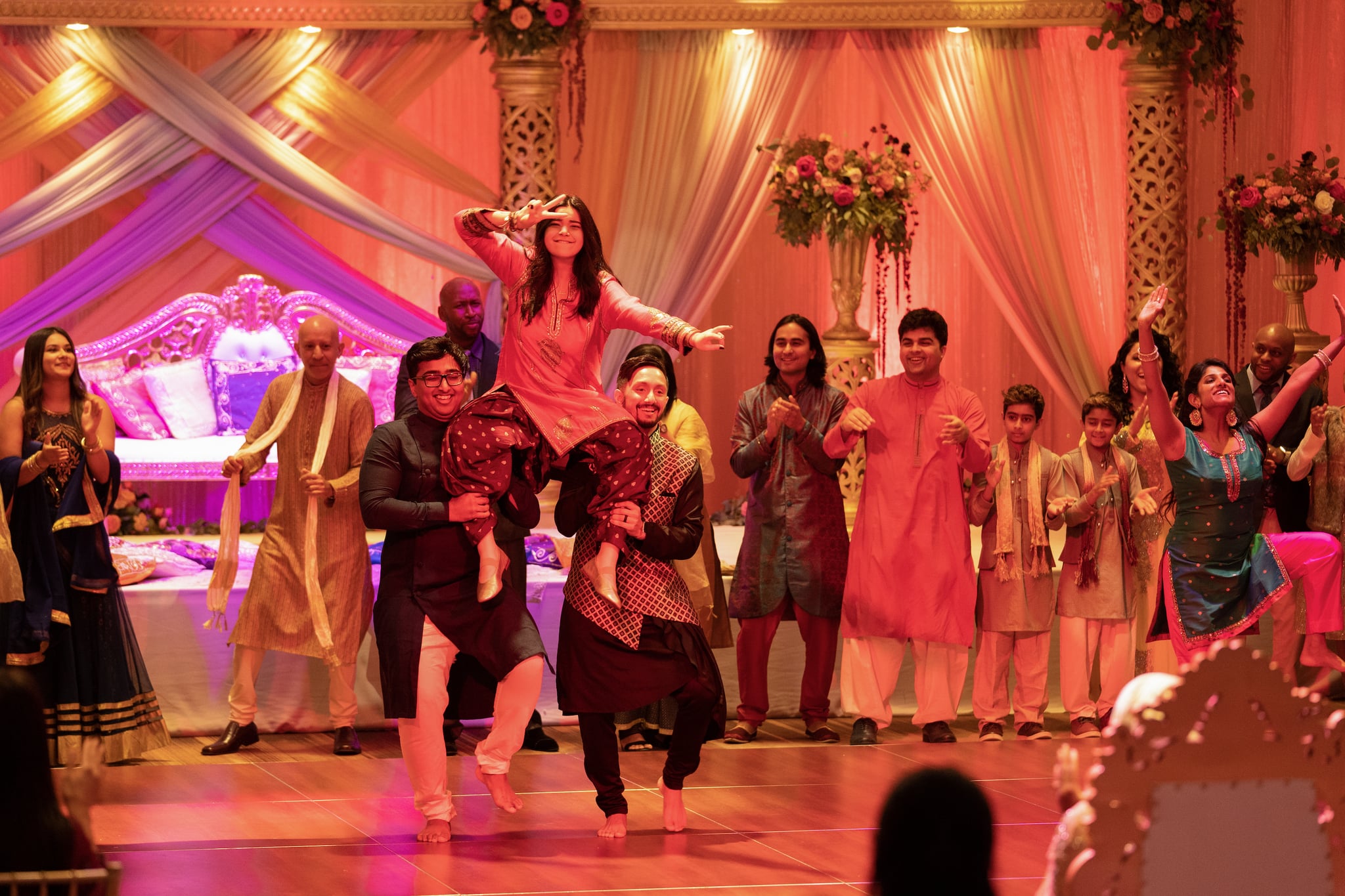 Then there was the dancing itself. They brought in the dancing team known as BFunk to choreograph the routine, and Menon says it was just as challenging as filming the fight scene. It was important for Menon and executive producer Sana Amanat that the dance scene felt real because “there are always choreographed dances at these big South Asian weddings.” Amanat actually choreographed a dance for her cousin’s wedding, and they poured over the footage of that performance. “I also had videos from my wedding of my friends dancing,” Menon says. “We want the dance to be fun and look good, but they can’t be too good,” she explains. “We have to lean into the personalities of all the characters and make sure that they seem like real people that are trying to dance.”

Like a lot of the cast and crew of “Ms. Marvel,” Menon was a fan long before she knew the show was going to happen. “My friend had given me the comic book years ago, and I saw the cover, and it had this brown girl with bangles and this scarf,” she says. “And I was like, ‘Oh man, whenever Marvel does anything with this, I hope I’m just somewhat in the position to be considered to be any part of it.'” Menon was thrilled when she found out she’d be directing the second and third episodes. “I knew these were the episodes that were centered in Jersey City and that featured these big cultural set pieces that, to me, were the heart of the show and the heart of what made the character so lovable and relatable to me,” she explains.

Those two episodes also spend a lot of time building out the friendship between Kamala and Nakia (Yasmeen Fletcher). In episode three, we find out Nakia has won the election for mosque council, just in time to have to keep the Department of Damage Control out of their sacred space. “She has this ability to communicate confidence when the situation calls for it,” Menon says of the character. “But she’s actually, at the end of the day, just a vulnerable teenage kid, figuring it out like everyone else.” 5 Mar 21
Dunkin’ is prepping for the Easter holidays with something a little more catered towards adults.…
Entertainment
0