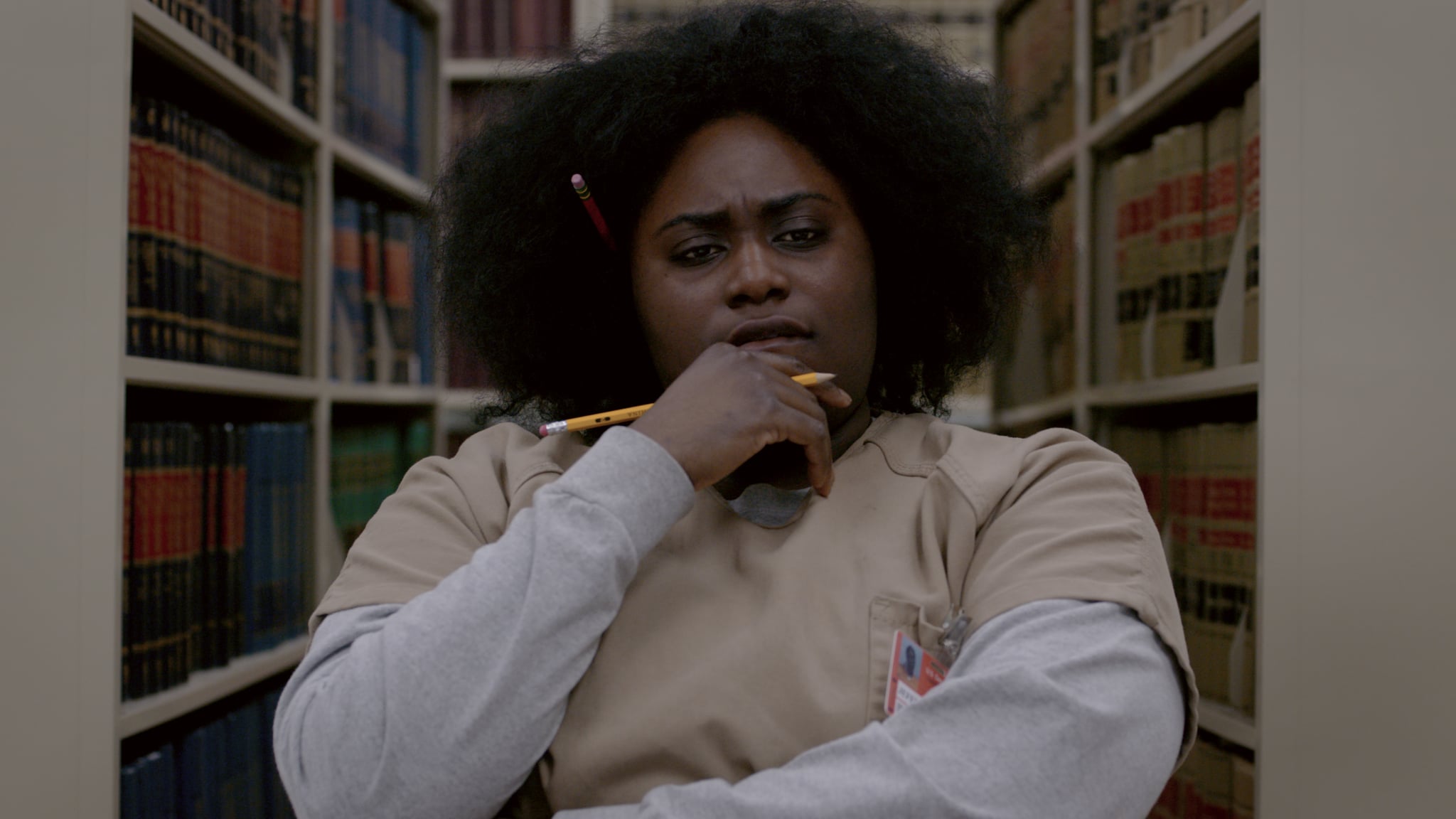 Warning: Spoilers ahead for the finale of Orange Is the New Black!

The finale of Orange Is the New Black season six was one of the most memorable episodes ever, and that’s in part to learning the fate of Tasha “Taystee” Jefferson (Danielle Brooks). She was found guilty of Correction Officer Desi Piscatella’s death and sentenced to life in prison. So if there’s one question we had while watching season seven, it’s if Taystee would get the justice she deserved.

At the beginning of the season, Taystee has a hard time coming to terms with her reality. She tries to buy the drugs that killed Daddy (Vicci Martinez) so she’d die, too, but Dayanara Diaz (Dascha Polanco) won’t give them to her. Taystee gets desperate and makes a noose out of her bed sheet. She starts choking, but doesn’t go through with it. However, Daya lets Taystee work for her in order to get the drugs she wants. Eventually, Daya gives them to Taystee, but says they’re different ones and will help her go out smoother. She hides them for the time being.

Taystee becomes the assistant to the new warden, which is former CO Tamika Ward (Susan Heyward). The two worked together as teenagers at the fast food spot Storky’s.

“I was always the organized one and you brought the fun,” Taystee says to her.

The work assignment gives Taystee access to files and information, which is how she finds out that Cindy Hayes (Adrienne C. Moore) is getting early release. This upsets Taystee, since Cindy knew the truth about Piscatella’s death and waited too long to say something.

In episode seven, the warden gets her hands on Cindy’s notebook that details how Piscatella really dies. Taystee is afraid to hope that this will help her case, because she’s been fighting for so long. But a pep talk snaps her back and Taystee reaches out to her lawyer.

Fast forward to episode 12, and Taystee’s lawyer comes to Litchfield Penitentiary. Unfortunately, she says that she doesn’t think the notebook meets the evidentiary burden and they can’t track down Cindy.

“You know I’m innocent,” Taystee says to her lawyer, “and you know I’ma spend the rest of my life in here.”

Taystee has lost hope again and goes to the hiding spot where she put the drugs. She grabs it just as Ward walks in the room and makes Taystee promise to come to the GED graduation party that evening. Ward even likes Taystee’s idea of her bringing in Storky’s to celebrate.

After the party, it appears that Taystee is going to take the drugs to end her life. There’s a flashback with her late best friend Poussey Washington (Samira Wiley), and then she’s back in reality when she sees Pennsatucky (Taryn Manning) unresponsive on the laundry room floor. Pennsatucky dies of an overdose while Taystee holds her and screams for help.

Taystee is deeply affected by seeing yet another dead body and it seems to cause her to question her own plans. She says goodbye to Suzanne “Crazy Eyes” Warren (Uzo Aduba) and heads back to her cell to take her pills. But then she spots an envelope on her desk from Ward that has copies of all the certificates of women in the prison who she tutored to earn their GEDs, including Pennsatucky, and it sends her into a wave of emotion.

Taystee tells Daya that she changed her mind and gives her back the drugs. Instead, she channels her energy into the here and now by starting the Poussey Washington Fund (which is a real-life fund). It helps inmates who are just released from prison, so they don’t struggle when they get out and resort to their old ways.

Sadly, Taystee’s case isn’t overturned despite her innocence. However, in true Taystee form, she’s making the best out of it and helping other people in the process. 24 Sep 21
YoungBoy Never Broke Again has dropped off his first studio effort in over a year,…
Entertainment
0