Dancing With the Stars pro Cheryl Burke is blogging exclusively with Us Weekly about her quest to take home the season 28 mirrorball trophy! Check back each week for her latest update on the competition.

After the emotional Monday, November 18, episode of Dancing With the Stars, Pro dancer Cheryl Burke opens up about what’s to come on the finale.

On this week’s heartwrenching episode:
I think it was just such an emotional rollercoaster. It was one thing after the other and it was up and down for Emma Slater as well. For camera blocking on Sunday, Keo Motsepe had to step in for James Van Der Beek and it was really nice to see everyone come together during such an emotional time.

On the judges’ scores and choice:
It must be really hard for the judges to be put in that position. At the end of the day, if I were to take out everything and see this as a dance competition, maybe it wasn’t his best. But I think giving James the scores that they did and then all three of them saying that they would’ve saved Ally Brooke … It just was so harsh. I swear I saw Matt [Lawrence] cry a little bit. All of a sudden he got quiet and here I am diamond painting as I’m watching part of the show and normally I’m shushing him and I saw him wipe his eyes. I’m like, “Are you crying?!” He’s like, “This is just horrible. This is supposed to be a feel-good show.” But it’s reality! It is a reality show, it is a variety show. At the end of the day, it’s a human thing that happens and it happened during the show where people are tired but you see the light at the end of the tunnel. What really got me and made me cry was when Ally was like, “Please take my spot. Can I just forfeit?” I have chills just talking about it. That’s who Ally is. She’s always positive. She’s so supportive and she’s not selfish at all. She’s genuinely a great person. 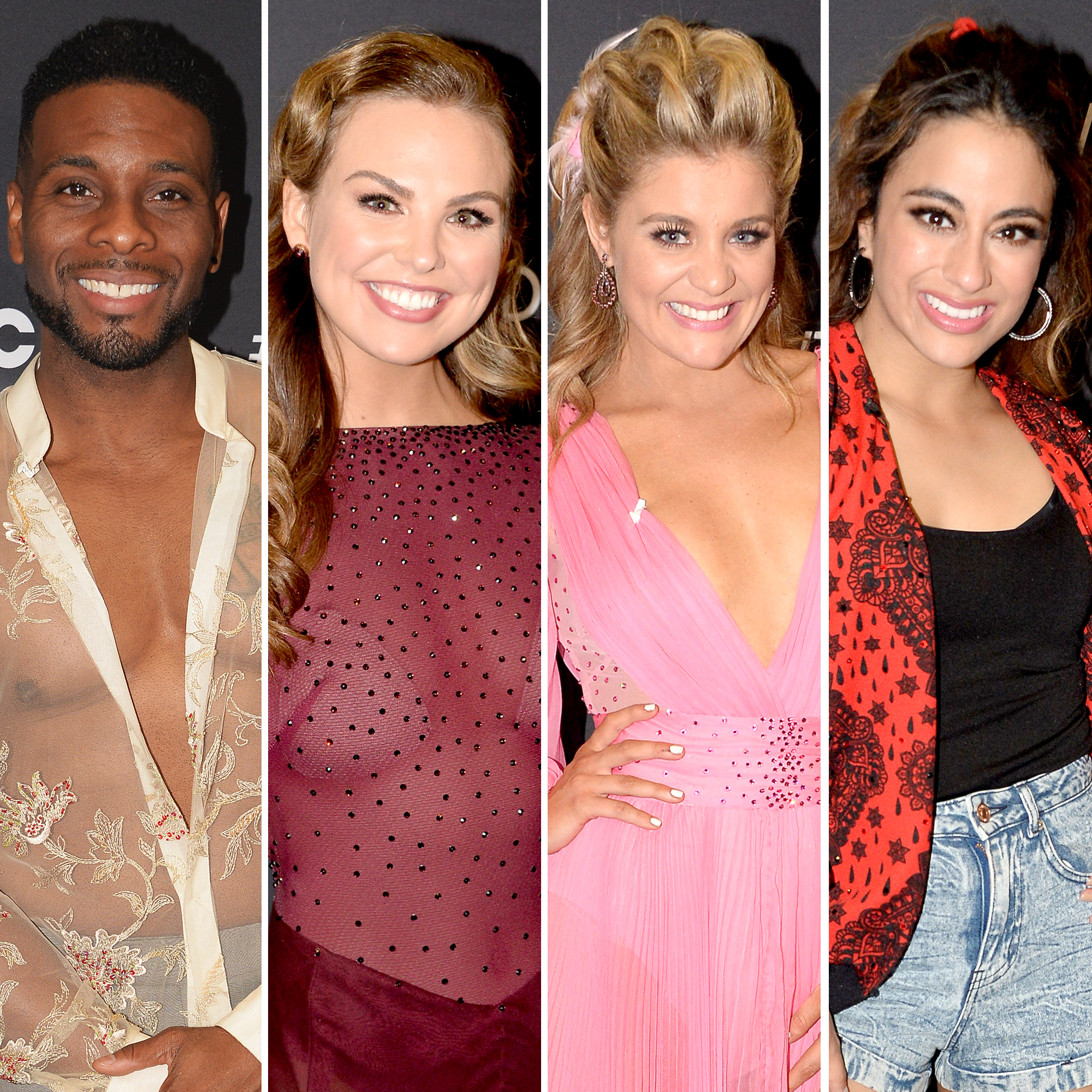 On Ally offering up her spot:
We’ve talked about it before on previous seasons but never on live television. When push comes to shove, I don’t know if anyone would really. You’re giving up everything but at the same time, this show is bigger than you. It is what it is. At the end of the day, someone does have to go home but I do wish that James was still around.

On if they could have broken the rules and saved them both:
Ally does not deserve to go home. For me, Ally is my winner. If you think about it, Ally has been the most consistent. She’s been consistently at the top of the leader board, whether people like it or not. I think she’s the best dancer. For some reason, people are not voting for her. I don’t know why. But I do think that one second that she said [to James], “Please take this. Take it from me,” I think that might change the vote to her benefit because it was genuine. I do have to say though, Kel Mitchell, to me, is the most improved. I would say it’s between Kel and Ally, just depending on what people want to see. I think Ally has been the most consistent and I think Ally is the best dancer. But again, it depends. People view the show differently. Is it about somebody who was not as great in the beginning who becomes a great dancer, or is it someone who has continuously and consistently has been at the top? Either one, I’d be happy!

On the finale performances:
It’s about this freestyle. You can basically throw everything out the window, pretend that you guys just met for the first time and just put together a really fun and entertaining routine that has enough partnering. You know Len Goodman. He doesn’t appreciate stuff that’s side-by-side the whole time or jazz or contemporary. He even said it in Witney Carson and Kel’s number, which I thought was amazing. What judges want to see is a partnership. No one’s assigning you to do two solo numbers side-by-side. You are assigned a partner for a reason and you have to work together and you have to create movement and power together as a couple and I think it’s important that people do that for their freestyle. You have to incorporate what every judge wants to see. The last thing that you want — and this is what happened with Gilles [Marini] — is when you’re so close to winning and you get a 9 from one judge. That’s what f–ked us.

On how the winner will be determined:
I don’t know. I guess we’ll find out. But everyone needs to start from scratch. You’ve gotta start from the beginning. The slate is clean. Just think of a song that everyone can get up and clap to, something that will bring people to their feet and something that’s high energy. I always love when something starts slow and then it gets going and it just continuously increases the energy. Do whatever makes sense to your celebrity because it’s not about the dancer.

On the finale bringing back the entire cast:
Everyone truly has such amazing chemistry with each other. It doesn’t matter if they were never partnered or they only lasted until week two or three. I think everyone’s gonna come together as a family and it’s going to be more of a celebration than a competition. The contestants genuinely love the show and they’re probably very excited to come back. People are going to be so happy to see Ray Lewis. I know that Ray had surgery about 5 weeks ago so I’ll be very happy to see him; hopefully, he’s ok and from what I know from our text messages back and forth he seems to be in positive and good spirits.

On DWTS: Journey to Paradise:
I was like, Bahamas? Ok yeah, sure I’m in. It’ll be me and Matt’s one-year anniversary then too, so we can take a little anniversary trip or stay there for a few extra days. I think the fans of DWTS are really going to want to buy tickets for this. They’ll be able to have a courtside seat to a major DWTS reunion.

Dancing With the Stars airs on ABC Mondays at 8 p.m. ET.

We’ve all lost a Harry to a Meghan, haven’t we? If it wasn’t a family member, it was a friend....