The tennis biopic King Richard has just been released in cinemas, and Will Smith is already generating Oscars buzz for his powerful performance as Serena and Venus Williams’ father.

“All my life I’ve been waiting for this… a Williams is going to win.”

Venus and Serena Williams are two of the greatest athletes of all time. Indeed, with 30 major singles championships between them, the dynamic duo have absolutely dominated the world of tennis – making their names synonymous with success.

Behind every great woman, however, is the village that raised her and helped her to believe that she could reach dizzying new heights.

In the case of the legendary Williams sisters, that village is largely dominated by their father, Richard. And now, in a starry new biopic released in cinemas nationwide today, his story will take centre stage (or should that be… centre court?) for the first time ever.

Celebrating the release of King Richard, Smith has been busy promoting the film with behind-the-scenes  clips on his Instagram. This fun video with real-life Venus and Serena is a recreation of one of their old pictures with their father. The resemblance is rather uncanny, if we do say so ourselves:

Upon the release of the film today, here’s everything you need to know about King Richard.

Who is Richard Williams?

Richard became Venus’ tennis coach when she was just four years old, and, after much pleading from Serena, soon took her under his wing, too. In order to get his daughters practice time at their local tennis court in Compton, California, however, Richard would have to physically fight off gang members and drug dealers – resulting in him having his nose, fingers and jaw broken, as well as losing 10 of his teeth.

Two years in, however, Richard took it upon himself to confront one of the gang leaders… and he won. “It had taken two years and almost destroyed my body and my spirit,” he explains in his book, Black And White: The Way I See It. “But in that moment, none of that mattered. What mattered was the courts were ours.” 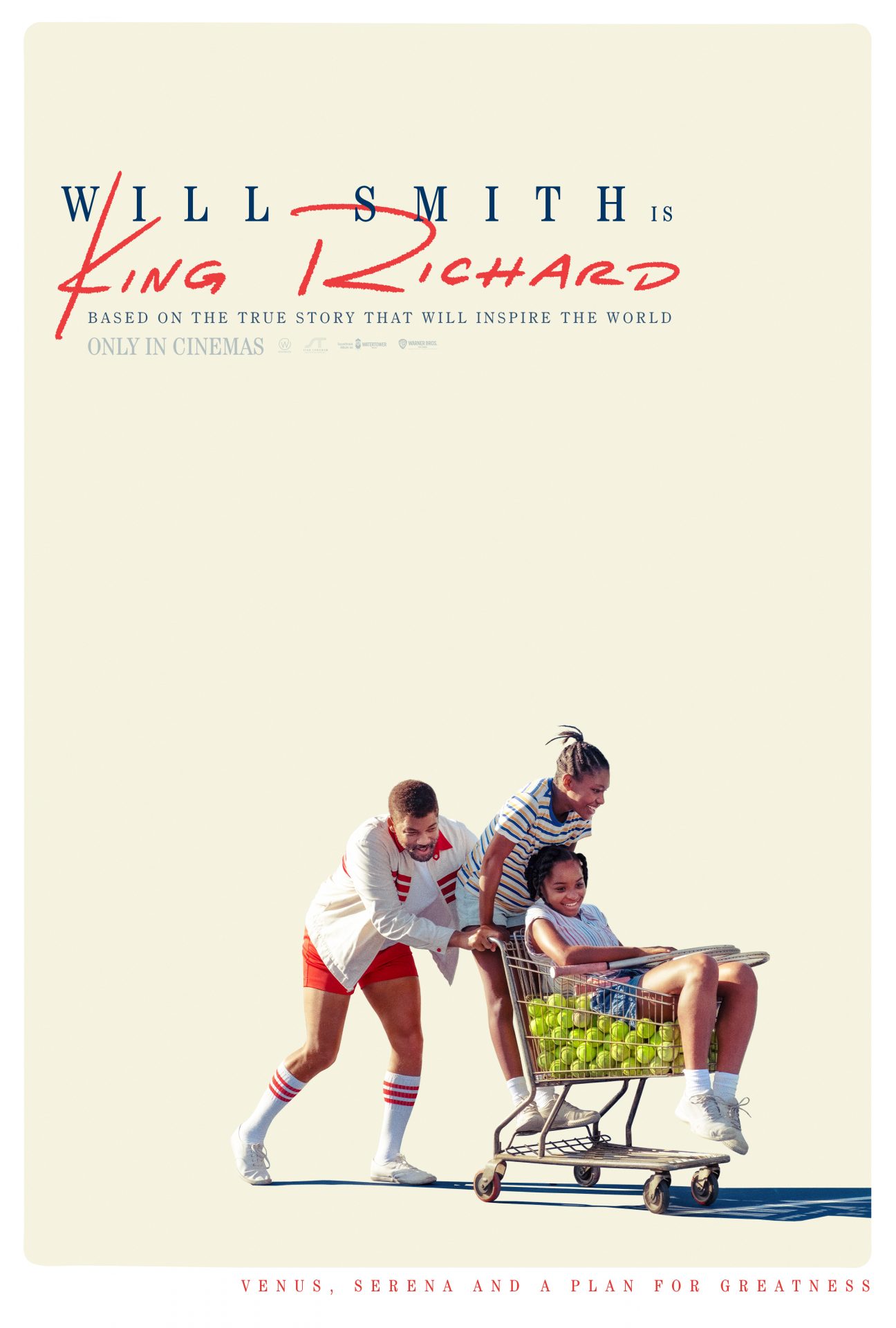 Female athletes: 16 of the greatest women in sport, including Sarah Storey and Serena Williams

As well as coaching them in the sport itself, Richard also made a point of teaching them the “Williams Life Triangle,” aka the three key principles they needed to succeed in life: commitment, confidence and courage. And, as he explains in his book, he would often hire school children to surround the courts and jeer his daughters in order to toughen them up and prepare them for a lifetime of criticism and adversity.

“I had the kids call them every curse word in the English language,” he says.

What is the plot of King Richard?

The synopsis for the film is simple: it aims to offer the world a closer look at how tennis superstars Venus and Serena became who they are after the coaching from their father, Richard.

Is there a trailer for King Richard?

You can watch the full-length trailer for King Richard – which has already captured the imagination of viewers – below:

In one scene, Smith’s Richard is approached by a social worker who expresses concern for his daughters’ wellbeing.

“I don’t mind you saying we’re hard on these kids, because we are,” he tells her firmly.

What are people saying about King Richard?

The trailer has gone down an absolute storm on social media, with people piling praise upon Will Smith’s central performance in particular.

“Based solely off of a 150 second trailer released seven months before the ceremony, I’m prepared to give Will Smith his first Oscar right now,” reads one tweet.

“Will Smith is in Oscar mode in the first trailer for King Richard,” adds another.

And still one more insists: “Will Smith is going to win Best Actor for this one. Watch!”

Who stars in King Richard?

Smith, as mentioned, takes the lead in this film as the eponymous Richard.

Demi Singleton stars as Serena, meanwhile, and American Horror Story’s Saniyya Sidney plays her sister, Venus. The formidable trio have been doing the press rounds in the run up to the film’s release, as Smith has shared on his Instagram:

Who brought King Richard to life?

When can we watch King Richard?

King Richard is released in cinemas on 19 November and will also be available via HBO Max in the US.