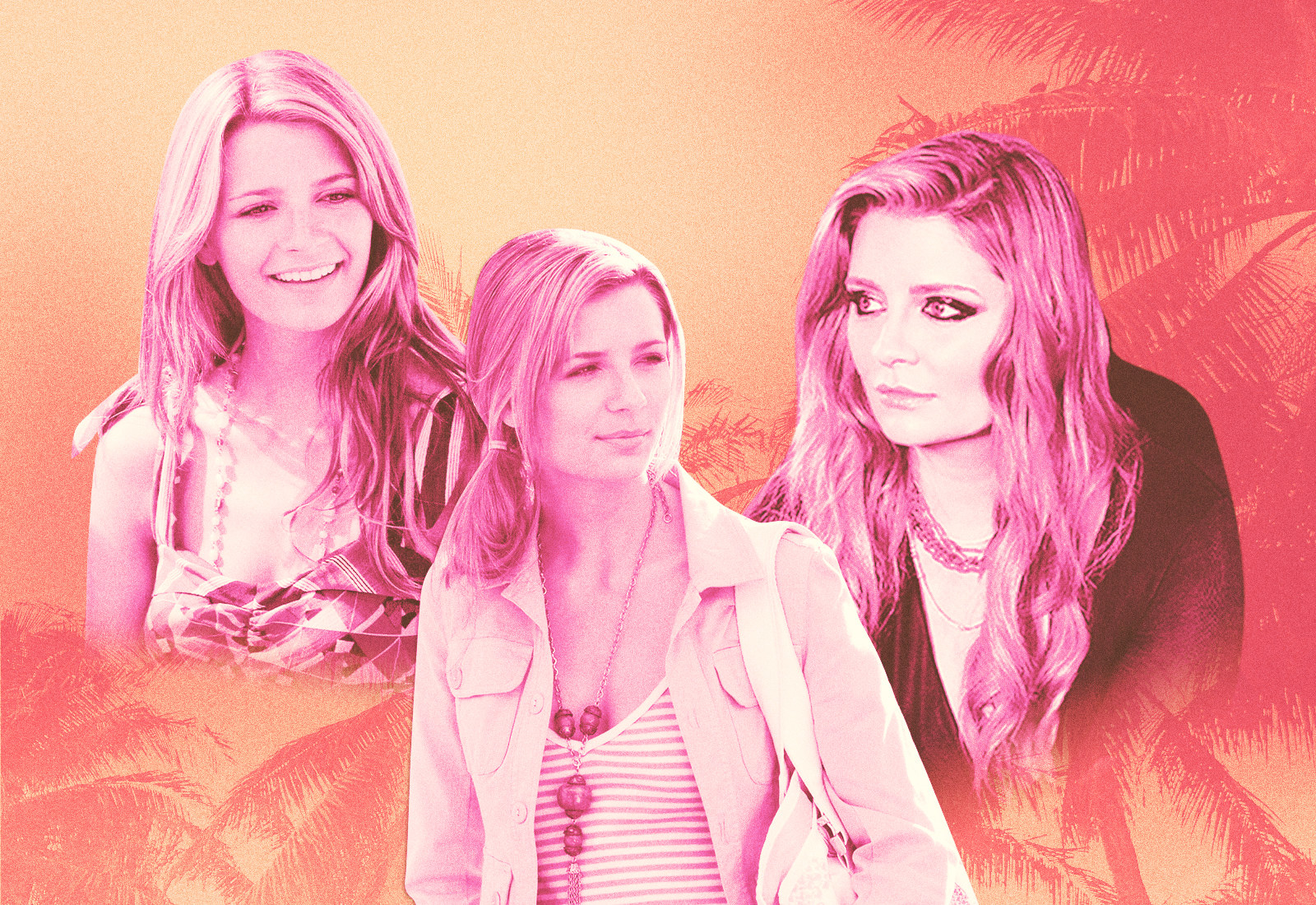 Mischa Barton is very aware that she’s now starring in a reality show reboot that mimics the early 2000s fictional teen drama that propelled her into stardom in the first place.

“Sometimes things just feel like they’re supposed to happen,” Barton told BuzzFeed News. “It’s funny how life does that to you.”

When the 33-year-old actor wavered about whether to join the cast of The Hills: New Beginnings, the irony was not lost on her that her younger self played a role in setting this into motion when starring on The OC as Marissa Cooper. In fact, Barton said the meta nature of it all was one of the deciding factors in her signing the dotted line and agreeing to take part in the MTV reboot, which premiered on Monday.

“The OC spawned all of this,” Barton said. “The OC was the mother to all of these shows like Laguna Beach, The Hills, The City, and all of that.”

When The OC premiered on Fox in August 2003, the show about a group of teenagers set in Orange County, California, dominated public conversation. Viewers couldn’t get enough of Seth Cohen (Adam Brody), Ryan Atwood (Ben McKenzie), Summer Roberts (Rachel Bilson), and Marissa Cooper, famously portrayed by Barton. In recent years, Barton said she’s fully come to terms with the impact The OC has had.

“You realize there are only handfuls of shows that people take to heart and take to their living rooms and their bedrooms at night and truly care about so deeply,” Barton said. 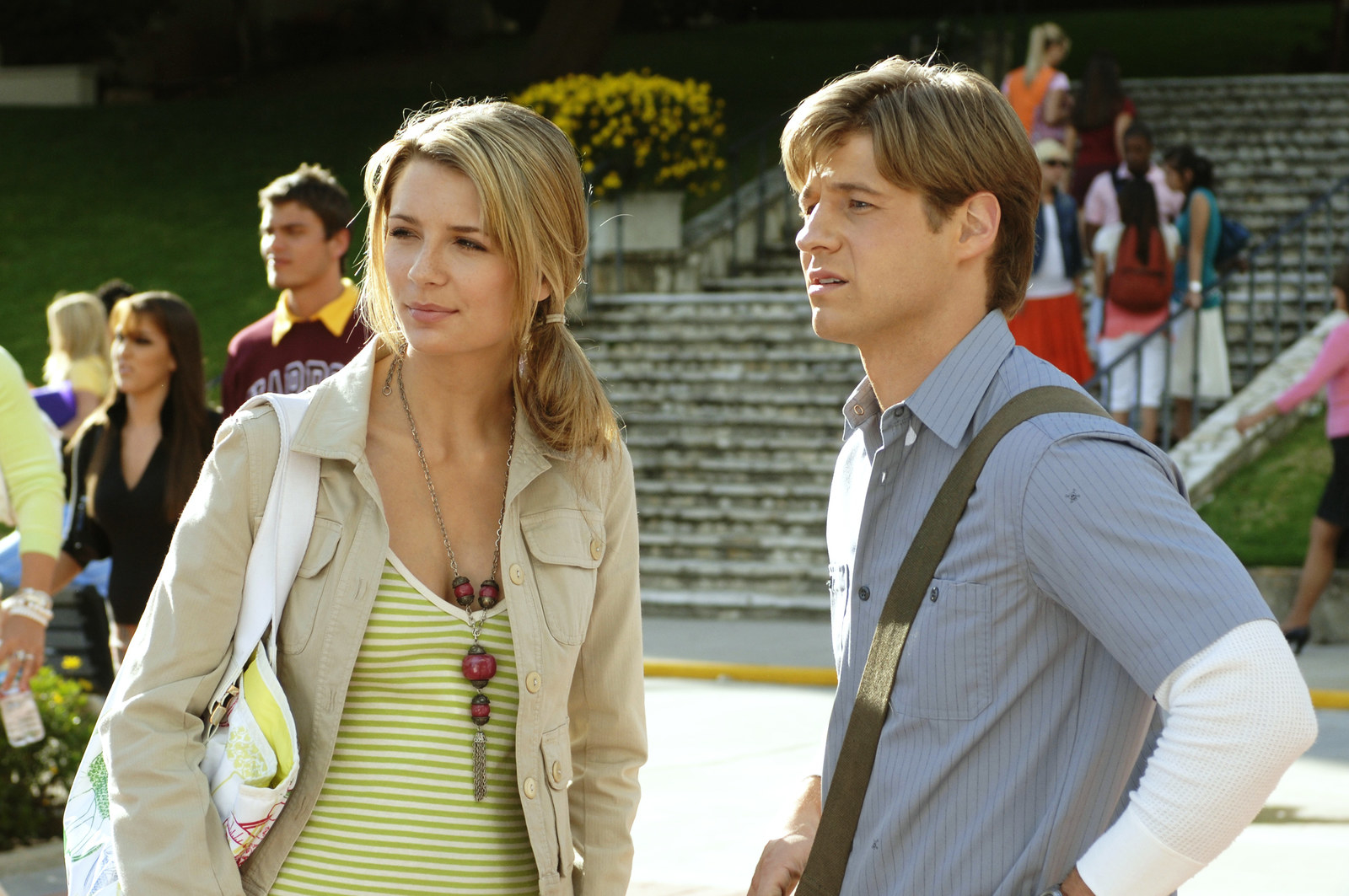 The show’s popularity sparked the MTV reality series Laguna Beach: The Real Orange County, which debuted in 2004, one year after The OC premiered. Always existing in a meta-universe of each other, The OC even poked fun at Laguna Beach by making jokes about Sherman Oaks: The Real Valley, a reality imitation of The Valley, both parody TV shows that Seth, Summer, Ryan, and Marissa watched.

After Laguna Beach boasted two successful seasons, The Hills was born as a spin-off developed around the show’s star Lauren Conrad as she moved from her Orange County hometown to Los Angeles, interning at Teen Vogue with Whitney Port and attending fashion school with her at-the-time-BFF Heidi Montag, now Heidi Pratt.

The Hills premiered in May 2006 when The OC was still on the air, although Barton left the scripted drama series in the same month. Her character, Marissa Cooper, was killed off in a car crash in the Season 3 finale, dying dramatically in her on-again, off-again boyfriend Ryan Atwood’s arms as the song “Hallelujah” played in the background.

The OC served as a career launching pad for the four young actors and all of these years later, the show’s fandom is alive and well. The reality series and genre-defining spin-off reality shows that were created based on The OC’s popularity are still beloved by viewers, feeding interest in The Hills’ reboot 13 years after it first aired.

“It does make me happy to see that these things are such a refuge and a fun way for people to really just disconnect and go off into Marissa Cooper-land or The Hills-land and, you know, enjoy that drama,” Barton said.

Barton’s journey to this full circle moment was a long one that took her on many twists and turns while dealing with intense media scrutiny and the pressure to adapt to fame at the age of 17, as well as personal struggles with addiction and mental health. In 2017, Barton — represented by attorney Lisa Bloom — also reached a legal settlement with her ex-boyfriend after she said he threatened to release intimate photos and videos of her that she didn’t know he had been taking.

Wanting to escape the entertainment industry and the spotlight for a bit, Barton moved to a farm in upstate New York for a year. Last summer, during her time away, she was approached to join The Hills reboot and initially didn’t take the offer seriously.

“I heard a bunch of different ideas about it and I was just like, it’s not something that I will jump into blindly,” Barton said.

Her thoughts started to shift when more people approached her about the offer, including some of her close friends, and then when she saw the group reunite at the MTV VMAs in 2018, which made the future of the show seem “really tangible.”

Barton said she also appreciated watching how they seemed to be having fun and were supporting each other. She thought, “This is not a bad group of friends, you know, they’re quite tight-knit and they are not vicious towards each other, usually.”

All roads led her back to where she started — sitting on a Southern California beach, opining about love, life, and friendship on camera. This time, however, she wasn’t portraying the fictional Marissa Cooper: She was herself.

Barton said the experience has been very different from The OC and film projects she’s been a part of over the years.

“There’s no control on my end, really, as to what they’re going to do in edit and what’s really going to come out,” she said. “It is a lot to step into, but I think you really just have to have fun with it. That’s the thing you learn once you get in with this group after a minute. I was a bit like a scared cat in the corner for a second, but the thing I know about myself is that having lived so many different lives already in my short life, I can see when drama’s going to start.”

Some people might be surprised to learn that Barton was “reuniting” with The Hills cast members when filming this season since she never made an appearance on the original iteration of the reality series, which aired on MTV from 2006 until 2010. But it’s not as disjointed a grouping as viewers might think, the actor said, because Barton used to run in similar social circles as Whitney Port and Audrina Patridge, she was friends with Brody Jenner back in the day when the two hung out in the same circles in Malibu, and knew Frankie Delgado from “that club life.” 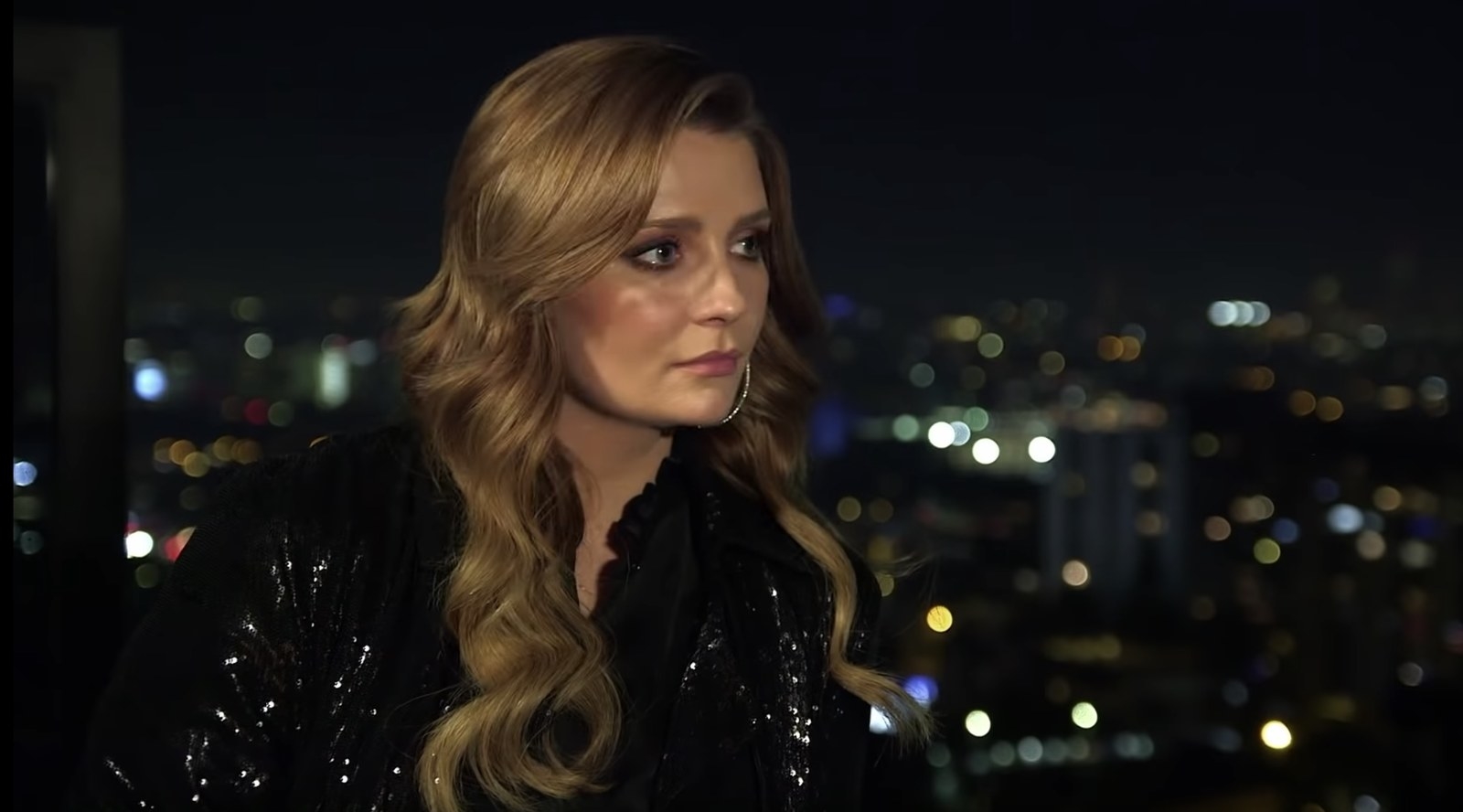 What Barton wasn’t prepared for, despite having those “loose connections” with The Hills cast, was all of the drama that still lingered between everyone.

“I definitely got thrown in the deep end,” Barton said. “I feel like it is a little jarring for me because, for instance, Spencer and Heidi would be the first to admit ‘Make Speidi famous again’ is a thing, and I do shy away from that. I don’t want to attract a ton of attention.”

According to Barton, on her first day of shooting for the reboot she went down to the location and as she was waiting to enter the scene, a fight erupted between other cast members. She had a moment of hesitation and thought to herself, “Oh my goodness, what have I done?”

“They had a lot of unresolved drama that they really had to work through that I wasn’t privy to,” Barton said. “It sort of took me a minute to jump on board with what exactly was going on and why certain things were such triggers for people.”

Following those more intense moments that Barton said “come in waves,” things do cool off and settle down. Those moments also became more manageable and easier to get through for Barton once she found her footing, her friends and allies on the show, and when she learned what to expect from the OG crew of drama-starters.

So as someone who’s been averse to fame and scrutiny, what made Barton want to sign up for a show that’s known for its drama and popularity? As much as she enjoyed her time away from Hollywood, Barton said she knows “you can’t really run away from your problems.”

“I mean, look, I’ve always had to deal with that. It’s not something that’s ever gone away,” she said. “I’ve never been able to just step out of the limelight. Even if I do for a little bit, the curiosity is still there.”

At this point, though, Barton said she’s better equipped to share more details about what her private life entails and, in turn, take back her own narrative.

“One of the main factors for me doing the show was because I feel like there’s always been so much mystery around me,” Barton said. “I just feel like it’s time to clear that up and embrace who I am. I’m a woman, I’m sure of myself now. I’ve been bullied, not bullied, idolized, not idolized, all of those things. And now, here we are.” ● 25 Feb 21
Prepping for a 2022 opening, Norway’s National Museum has finally put to rest a mystery…
Entertainment
0