Musician Emily Estefan opened up about her journey to living authentically as a queer woman this week, noting that her sexuality wasn’t initially embraced by her mother, Gloria Estefan.

On Wednesday’s episode of the Facebook Watch series “Red Table Talk: The Estefans,” Emily spoke at length about the moment she came out as a lesbian. Speaking to her mother directly, the 25-year-old said she was urged to keep quiet about her personal life around her Cuban grandmother, Gloria Fajardo.

“I was like, ‘Hey, I’m in love with this girl,’” Emily recalled. “The first thing you said was, ‘If you tell your grandma and she dies, her blood is on your hands.’ I just wasn’t ready for that.”

“So that’s where my hurt started,” she added. “I’m never going to forget that.”

Me N’ my Moon 🌙 Flower 🌹She pulls and pushes the waters of my heart, as the moon does the sea. Te amo 🔑

These days, Emily is happily in a relationship with Gemeny Hernandez, and the two women aren’t shy about expressing their love for each other on social media.

Gloria notably didn’t rebut Emily’s claim on “Red Table Talk: The Estefans.”  Still, she said her daughter was “remembering things, as we all tend to do, in a different way.”

“I was trying to protect both my ailing mother from any shock that could affect her health, and Emily from anything that could harm their relationship,” she explained.

Fajardo died in 2017 at age 88. Still, she never learned the truth about her granddaughter, who came out publicly that same year.

The conversation may come as a surprise to many fans. As the lead singer of Miami Sound Machine and a solo artist, Gloria Estefan garnered a diverse fan base, and she has expressed her support for LGBTQ causes in numerous interviews. 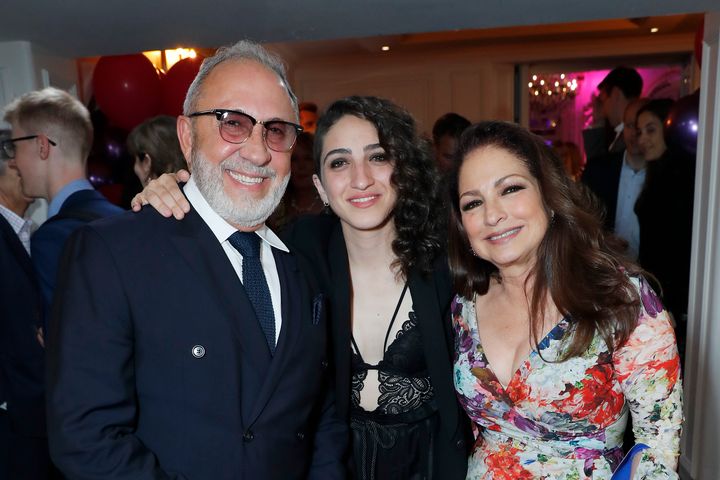 In 2012 and 2015, she guest-starred on “Glee” as the mother of lesbian cheerleader Santana Lopez, played by Naya Rivera. She also appeared opposite Jim Belushi in 2017’s “A Change of Heart,” about a racist and homophobic man (Belushi) who undergoes a heart transplant, after which he begins to moonlight as a drag queen.

Speaking to Entertainment Weekly, Emily said she didn’t want the new episode of “Red Table Talk” to change fans’ minds about her mother, but hoped it would encourage conversations between LGBTQ youth and their parents.

“I wouldn’t be doing anybody justice if I went up there and lied and said that it was easy or that there weren’t complex emotions involved, even though my mom has been such a fierce supporter of the LGBTQ community,” she said. “Everybody has a perspective. And as human beings, we’re always trying to be understood instead of understanding.”

Watch Wednesday’s episode of “Red Table Talk: The Estefans” below.

It seems like everyone wants to know about Bella Hadid. Not only is she a supermodel, she's also little sister...

Khloe Kardashian opens up about her COVID-19 diagnosis