If you lived in my household in 2016, you wouldn’t have gone a day without hearing me ramble on about the Hamilton soundtrack. I was a freshman in college with no chance of affording a ticket to the live performance, so for months I entered the daily raffle for free tickets, praying that my time in those coveted Broadway seats would come. It never did.

Being the dramatic musical geek I was, I threw myself into song, belting lyrics to every chorus and refrain, hoping that somehow Lin-Manuel Miranda would suddenly hear my cries and fly down from the clouds with a basket of tickets and champagne. He never did.

But months later, the heavens parted, and my soon-to-be-partner offered me a ticket for a showing during the U.S. tour. My prayers had been answered, destiny fulfilled. Not long after, Hamilton mania died down as things naturally do, garnering fewer and fewer headlines until it was erased from the media cycle all together.

Then Disney+ released a film version of the billion dollar musical, and the burgeoning opinions of hundreds of thousands of new viewers reopened the floodgates. The wave of “oo”s and “ah”s toward the musical’s Tony-winning performances and emotionally intrepid storytelling was expected, but it arrived alongside a similar reinvigoration in the production’s greatest critique: its washing away of slavery.

For those who somehow do not know the plot of Hamilton by now, it follows the life of founding father Alexander Hamilton, from his immigration to the colonies to his heroics in the Revolutionary war and eventually his scandalous, though immeasurably influential political career. His personal and romantic relationships are woven throughout as well, presenting ample moments for both laughter and tearful sorrow. Hamilton’s triumphs built the foundation of American government today as he worked alongside legacies such as George Washington and Thomas Jefferson to bring the American dream to fruition.

Lin-Manuel Miranda labored to bring this story to the stage, but in typical Miranda fashion, the end product was just as inspired as its source material. The acclaimed playwright and actor predominantly recruited actors of color to play the white founding fathers and assorted company in this rap and R&B reimagination of America’s beginning days. Thomas Jefferson, the white Virginian who owned bounties of slaves, is played by Daveed Diggs, a black man with swagger and and afro. Every character is reimagined as a modern, soulful, and honestly, less problematic, version of themselves. This vivid repainting of America’s rise as a nation, however, led to the glossing over of the country’s gross reliance and ubiquitous use of slave labor. 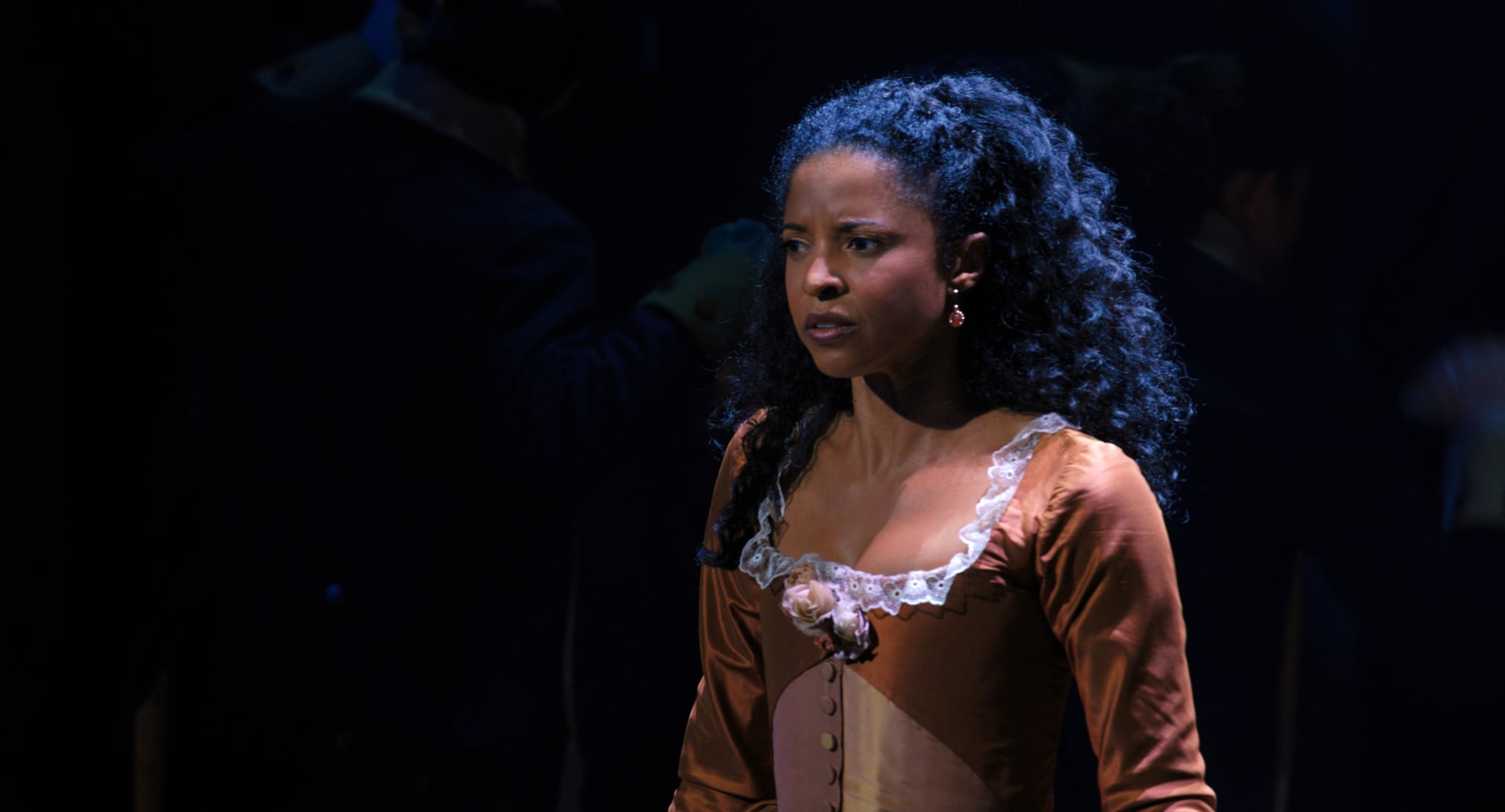 Besides a few mentions of Hamilton being an abolitionist (which has since been debunked) and Jefferson being most certainly not, the issue of mass and generational enslavement is side-stepped. It’s a difficult flaw to overlook, especially as Disney+ released the film on the heels of Black Lives Matter protests. Critics argue that Hamilton’s rosy rendition of the birth of America undermines the reality of how oppressive and inhumane moments of the founding father’s reign were, erasing the plight of Black slaves and displaced Indigenous people trampled over for the sake of “something greater.”

The critics are correct. Hamilton doesn’t do justice for the scores of people of color tortured at the whim of politicians here painted as dedicated servants to the good of the county. But it offers so much more in return.

I know Hamilton isn’t accurate — not just in its vagueness regarding slavery, but also in its timeline and portrayal of relationships. It doesn’t give us the truth of America. But it does give us an inspiring story. Immigrants enter the country every day, hoping to fulfill the American dream in the land of opportunity. For many, that dream has been made nearly impossible by systemic barriers to advancement. But what if it wasn’t? What if America actually was a country founded by a rag-tag team of rapping idealists with only good intentions in their heart and freedom on their lips? What if the America we know now was actually the America we advertise to the world? That would certainly be something to sing over.

As a Black woman, I’ve constantly toiled over my pride as an American, if I have any at all. Like the colored soldiers who fought in the world wars, I contemplate how to reconcile believing in a dream that will elude me as long as I am in this body. Do I stand or do I kneel? Do I cherish soldiers that stand by as Black men are gunned down within our borders? Do I pledge allegiance to a flag that hangs its ambivalence towards hangings over my head? There is always a war between being Black and being American, a war that rages on forever internally, only slipping into the public eye during times of protest or unrest. It’s nearly unavoidable to become a cynic, scoffing at the flag that enables my people’s subjugation, that cages innocent children, that gives millions to millionaires as millions go hungry and homeless.

My America is not the America of Hamilton, but for the two-and-a-half hours I spend singing along to Renée Elise Goldsberry absolutely slay the role of Angelica Schuyler, I forget about the truth, and am reminded of the wish. And that has to be worth something. 25 Feb 21
Get ready for even more Elite, because the Netflix series has been renewed for season…
Entertainment
0 30 Sep 22
In 2018, drill artists Skengdo x AM were handed a nine-month prison sentence for performing…
Entertainment
0