A maid called the police at 9 a.m. on Aug. 9, 1969, after finding five dead people in a Beverly Hills home. There was a blond woman on the living room floor, a rope wrapped around her neck and stab wounds in her swollen belly. A bloodied corpse wore a hood; another was behind the wheel of a car. Two more were sprawled on the lawn about 50 feet apart. A neighbor recalled hearing shots around midnight.

The word “pig” was wiped in blood on a white front door.

Charles Manson, an ex-convict turned cult leader, had planned the attack, directing his followers to sneak into a Benedict Canyon home rented by the director Roman Polanski, where they killed his pregnant wife, Sharon Tate, and four guests before dawn.

Americans have long had an insatiable appetite for gruesome crime stories. But this inexplicable act left many in Hollywood panicked that they could be next.

Some celebrities bought handguns to protect themselves. Others installed security cameras or holed up at the Beverly Hills Hotel. For many, the killings exposed the network of hustlers and hangers-on who lurk in the shadows of Los Angeles, barely within grasp of celebrity culture and the desire that fuels it.

“The murders brought into focus several life cycles — disparate but connected — that displayed some of the glamour and intrigue that have long fed the Hollywood script mill,” The New York Times reported.

Adding to the curiosity was the fact that Polanski had directed “Rosemary’s Baby,” the 1968 classic about a satanic cult that tricks a woman into birthing the devil’s child. Tate, for her part, was best known for her role in 1967’s “Valley of the Dolls” as Jennifer North, a beauty with limited acting ability who dies of a drug overdose.

Even today, the murders remain a subject of morbid fascination. In July, the director Quentin Tarantino will release “Once Upon a Time … in Hollywood,” a Technicolor pastiche that explores Los Angeles in 1969 through the fictional friendship of a has-been actor (Leonardo DiCaprio) and his stuntman (Brad Pitt) who live next door to Polanski and Tate.

The married couple were described then as members of a new Hollywood elite — international, stylishly restless and lacking the deep ties to Los Angeles of their more established peers. A Times article published weeks after the murders noted that the couple and their entourage had been said to prefer renting homes instead of buying them. They bounded among London, Paris, New York and Los Angeles, where uninhibited sex and drugs were parcel to the hippie California vibe in the 1960s.

“The impermanence makes for an edginess, an urgency, an unreality — or more precisely, for an almost involuntary detachment from the ongoing concerns which move and occupy most mortals,” Charles Champlin, a Los Angeles Times critic, told The New York Times.

Polanski was born in Paris in 1933, but returned to his parents’ native Poland when he was a toddler. He made a number of films before moving to the United States in 1968, fostering friendships with Polish and French expats in Los Angeles. That year, Polanski married Tate in London after the couple met on the set of a movie he directed in Italy.

“We were always out enjoying ourselves, it was always great fun,” the actor Peter Sellers told The Times then. “If Roman had a premiere in Paris, why we’d all fly over there for it. Or we would have lunch in London and dinner in Copenhagen.”

The celebrity murders were front-page news. “Actress Is Among 5 Slain At Home in Beverly Hills,” read a headline on Page One of The New York Times. The New York Daily News called it a ritualistic slaying of a “sexpot.” Polanski was in London and did not know Manson or the killers, who included Charles Watson and a cadre of Manson’s “girls” who lived with Manson at the Spahn Ranch in Los Angeles County. (They were Susan Atkins and Patricia Krenwinkel; a third, Linda Kasabian, said she did not participate in the killings and became the star witness against the others.) 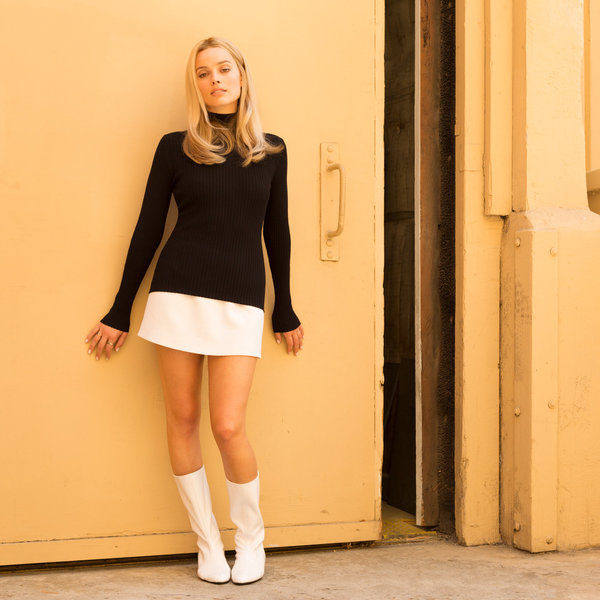 The French Normandy-style home with sweeping ocean views that Polanski had rented was a central character in the murderous affair. Rudolph Altobelli, a Hollywood business agent who represented Katharine Hepburn and Henry Fonda, bought the house in 1963. He rented it to high-profile clients and celebrity friends, including Cary Grant and Terry Melcher, the son of the actress Doris Day. Melcher was a young music producer who testified at Manson’s 1970 trial that he had gone to a music audition for Manson — the cult leader sang and played guitar — but “wasn’t impressed enough to want to make a record.”

Lawyers contended at the time that Manson had commanded his followers to go to the home to kill Melcher after he was spurned. But Melcher had already moved out, and Manson ordered the death of the inhabitants anyway. The next day, members of the cult killed two more people, the grocer Leno LaBianca and his wife, Rosemary.

Julian Wasser was a Life photographer at the time and, after hearing about the murder of Tate, he went to the house. There, he told The Guardian in 2014, he met a distraught Polanski and took photographs of the scene for him so they could be shared with a psychic.

As news of the murders spread from the seaside bungalows in Venice to the hillside estates above Sunset Boulevard, panic set in. The author Joan Didion wrote in “The White Album,” her 1979 book of essays, “Many people I know in Los Angeles believe that the Sixties ended abruptly on August 9, 1969.” Even the house in Benedict Canyon didn’t last. It was demolished in 1994.

“Hollywood was afraid because they didn’t know what was going on,” Wasser told The Guardian. “They thought it was a strange cult that was going to kill everybody. It led to security mania, everybody putting in special alarm systems. If you said ‘hi’ to someone in the street, they’d think you were another Manson. Total paranoia.”

Indeed, the murders spawned copycats. In February 1970, Capt. Jeffrey R. MacDonald, an Army medical field officer with the Green Berets at Fort Bragg in North Carolina, told the police that three men and a blond woman had entered his house, screamed “Acid is groovy, kill the pigs,” and killed his wife and two young daughters.

Like Tate, his wife was pregnant and was stabbed in the stomach. In 1979, a jury convicted Captain MacDonald of the crime, saying he had been inspired after reading an Esquire magazine article about the Tate murder.

Back in Los Angeles, a string of violent crimes kept the city on edge. In May 1970, the police arrested five men who had stored 250 weapons and charged them with plotting to assassinate a Superior Court judge.

Later that year, the crew and cast for “The Last Picture Show,” a movie starring Jeff Bridges and Cybill Shepherd about two teenagers growing up in the early 1950s, moved to Archer City, Tex., to begin filming. A Dec. 14 Times article noted that the townspeople didn’t know much about making a movie. But everyone knew Sharon Tate.

R.J. Walsh, who ran a gas station, recalled at the time, “Most of our people have never been out of Texas and they have heard a lot about California — all the trials and the kidnapping and all them Tate murders coming out of there. But one after another people have said to me they never dreamed that people who followed the movie business could be that nice.”