Jessica Simpson says she erased John Mayer’s number from her phone and walked away from their relationship after he told Playboy that she was like “sexual napalm.”

In a recently published excerpt of Simpson’s memoir, “Open Book,” the singer explains what made her fall for Mayer in 2005 when they met at a Grammy party thrown by producer Clive Davis.

After telling Simpson he was taken with her song “With You,” Mayer began writing to her. Simpson was then married to Nick Lachey, but after the two divorced, Mayer wrote to her more often and eventually told her that “he wanted to have all of me or nothing.”

“He’d walk into a room and pick up his guitar and you’d swoon,” writes Simpson in the excerpt of her book published in People. “I didn’t really know the man behind the guitar. And that was my mission.”

The now 39-year-old explained that Mayer often told her he was “obsessed with me, sexually and emotionally” and that she “constantly worried that I wasn’t smart enough for him.”

“He was so clever and treated conversation like a friendly competition that he had to win,” she said before adding that she’d be so anxious about their interactions that she would “pour another drink.”

“It was the start of me relying on alcohol to mask my nerves,” she said.

The duo dated on and off over the years, but it wasn’t until 2010 that Simpson cut him out of her life entirely. 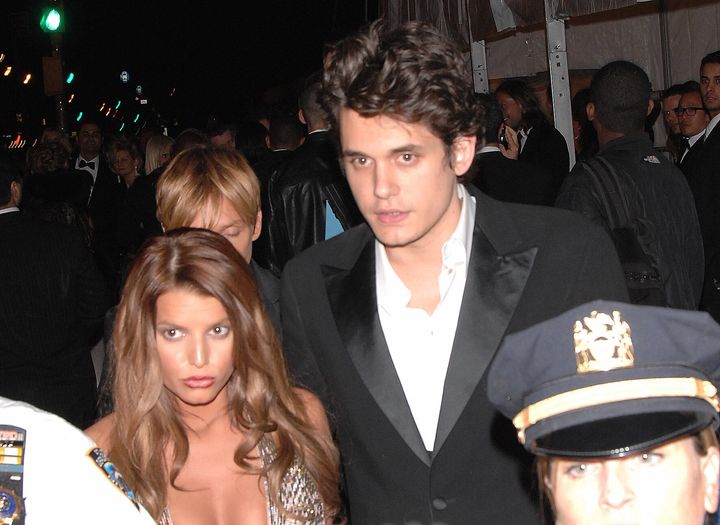 In an interview with Playboy that year, the crooner referred to Simpson “as a drug.”

“That girl, for me, is a drug. And drugs aren’t good for you if you do lots of them. Yeah, that girl is like crack cocaine to me … Sexually it was crazy. That’s all I’ll say. It was like napalm, sexual napalm,” Mayer said, before saying that she was the type of “girl who made you want to quit the rest of your life.”

That interview was the final straw for Simpson, who said she “was floored and embarrassed that my grandmother was actually gonna read that.”

“A woman and how they are in bed, is not something that is ever talked about. It was shocking,” she wrote, adding: “He was the most loyal person on the planet and when I read that he wasn’t, that was it for me. I erased his number. He made it easy for me to walk away.”

Outside of Mayer, the memoir includes details about Simpson’s battles with addiction. She reportedly reveals that childhood sexual abuse led her to “self-medicate with alcohol and stimulants,” according to People.

Simpson has been sober since 2017 when she claims she hit “rock bottom” and realized she was “killing myself with all the drinking and pills.” 20 Apr 21
Ever since former President Donald Trump left office, his followers have looked to find the…
Entertainment
0