There is life after a high-profile divorce. That’s exactly what Kanye West is proving after being spotted with rumored new girlfriend, Irina Shayk. The couple is reportedly enjoying a vacation in Provence, France to celebrate the “Stronger” singer’s 44th birthday, according to TMZ. They were spotted leisurely walking through the countryside, but no PDA in sight. (See the grainy photos in the Daily Mail.) 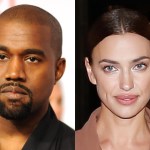 The news of their coupling hit the mainstream rumor mill when unverified Instagram gossip site Deuxmoi posted it in May — and the stories went into overdrive from there. For anyone thinking this is an unusual coupling, West and Shayk have a long working history together, so it might be a more natural fit than it looks. Their friendship goes back to 2010 when the model starred in West’s music video for the single, “Power.”

He used her over the years for Yeezy campaigns and runway shows, but it was an April 26 photo (see it here) of Shayk wearing a DMX shirt created by West and Balenciaga that was the first tip that something might be brewing. There’s nothing better than sending a message to the world through paparazzi photos. Now, we have confirmation that the rapper has indeed moved on.

How does West’s ex Kim Kardashian feel about all of this? It seems like she might be too busy to even think about the possibility that he might have a girlfriend. “She’s not bothered at all about it, no one in her circle appears to care or believe it,” an insider told The Sun. “Even if it is true, I doubt she’ll even be upset at this point.”

Even though we knew the Kardashian-West divorce was moving forward at full speed, this is definitely an end of an era. West is busy making new memories for his birthday with someone outside of the Kardashian clan.

Before you go, click here to see all the celebrity couples with the best stories behind how they met.