Are we out of the Woods yet? Not quite! The Sunday, June 23, episode of Keeping Up With the Kardashians was the first of two season finale episodes that followed Tristan Thompson and Jordyn Woods’ explosive cheating scandal as it unfolded in real time. Shocking and raw, we watched as Khloé Kardashian and the rest of the Kardashian-Jenner family processed the information that Khloé’s boyfriend cheated on her with Kylie Jenner’s best friend and roommate while at a house party in Los Angeles.

Before the drama unfolded, Khloé seemed hopeful about her relationship, saying, “Tristan is in town for All-Star Weekend.” The words hung in the air as she added, “I wanna see Tristan. I miss him.” We then cut to the next morning, as Kim Kardashian received news of the cheating scandal while in the studio filming interviews for the show. Kim revealed her initial shock and denial, saying, “I was getting ready for my interviews … I immediately didn’t believe it. I was like, ‘This can’t be true.’”

Khloé, via speakerphone, then recounted to Kim her initial phone call with the model saying, “I talked to Jordyn. It’s really weird. She’s not giving me all the information.” Khloé then revealed that Jordyn told her she couldn’t remember if they kissed or not. Kourtney Kardashian and Kylie soon joined in on the conference call as more details broke. Kylie, in shock, said, “This is the first time I’m hearing she was sitting on his lap.” Kylie, caught in the middle between her sister and best friend, would later send a text to Kim saying, “I’m so lost.” Heartbreaking. 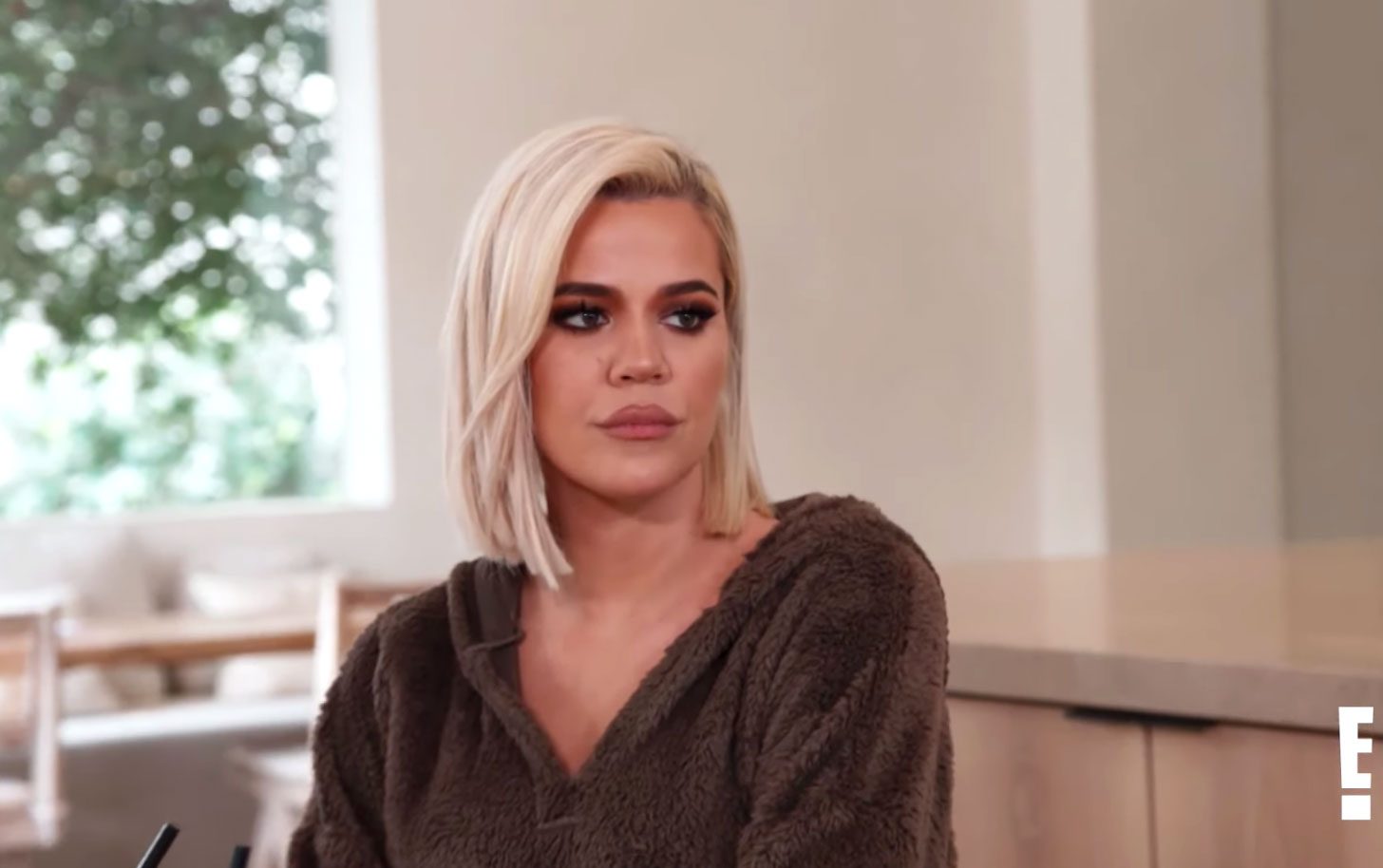 Later Khloé relayed Jordyn’s confession to Kim saying, “Jordyn said that they did make out.” When Kim, Kylie and Khloé sat down to discuss the cheating scandal, Kim was furious, saying that Jordyn, “provides for her whole family off of what you have given.” Momager Kris Jenner appeared hurt in all of this, saying, “I always felt like [Jordyn] was another daughter.” Kris added, “Unfortunately, this is gonna change their relationship forever. … If she was gonna do this to one of us, she would do the same thing to Kylie.”

After Tristan confirmed to Khloé that Jordyn sat on his lap, made out with him, and stayed over until 7 in the morning, Khloé appeared fatigued and numb. “It was disgusting,” she told Scott Disick. “I was just hoping for a better outcome. I was hoping for better for my daughter and myself.” Khloé then implied that Tristan, who was communicating with her from Cleveland, was suicidal as the news broke. Khloé told Scott, “He was like, ‘I can’t stop thinking about you and what a mess I’ve caused.’” She continued, “He’s doing this to get a reaction out of me. … Oh, so I’m just allowed to say I wanna kill myself at any time?” Khloé then checked in on Tristan via his friend Savas Oguz, who said via speakerphone that he asked Tristan, “‘Why is Khloé saying that you’re trying to kill yourself?’” Savas then added that Tristan wouldn’t open the door for him and kept repeating, “I’m good.” When Khloé asked Savas, “Do you think he’s gonna hurt himself?” Savas responded, “I don’t know.”

Kylie later revealed that she spoke with her best friend and told her, “I’m, like, scared of you now. … Look what you did. … When it affects my family, that’s like, when it’s a problem.” Khloé repeatedly claimed that she didn’t receive an apology from Jordyn, despite Kylie and Kris saying they received apologies. Unsure of why Jordyn hadn’t yet apologized to Khloé, Kylie offered clarification saying, “I think she’s scared to death, for sure.”

The episode concluded with Khloé attending a contractually obligated paid appearance for Pretty Little Thing. Khloé admitted she didn’t want to cancel because, “I’m not giving back my money for Tristan and Jordyn.” The episode ended with a sneak peek at part 2 of the finale, which featured a clip of Khloé screaming, saying, “These hoes, these f–king bitches think they can f–k our men.”

Keeping Up With the Kardashians airs on E! Sundays at 9 p.m. ET. 30 May 22
As Crocs continues to expand its captivating influence across the globe, the footwear giant teams…
Entertainment
0