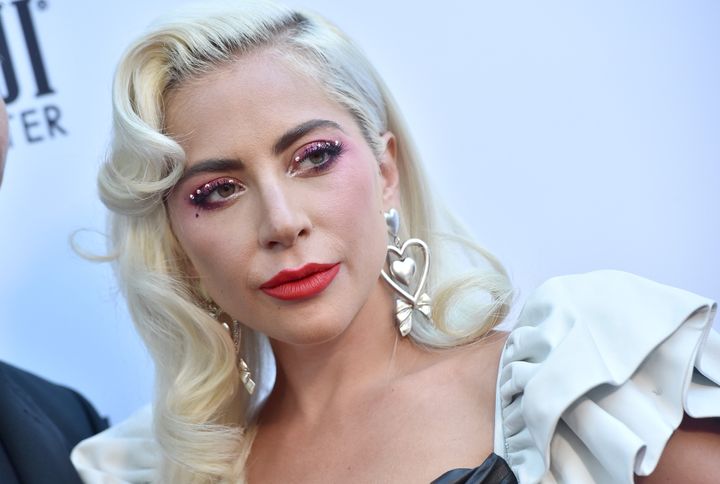 In an appearance on a new documentary series, Lady Gaga opened up about a traumatic moment in her life, saying she was raped by a music producer at 19 and later discovered she was pregnant.

The experience, she says, gave her post-traumatic stress disorder and prompted a “psychotic break.”

The pop star spoke out in the premiere episode of “The Me You Can’t See,” a new docuseries for Apple TV+ co-created by Oprah Winfrey and Prince Harry. The series aims to explore mental health and emotional well-being.

In the premiere, which airs Friday, Gaga ― born Stefani Germanotta ― recounted her experience, as described by CNN.

“I was 19 years old, and I was working in the business, and a producer said to me, ‘Take your clothes off.’ And I said no,” she said. “And I left, and they told me they were going to burn all of my music. And they didn’t stop. They didn’t stop asking me, and I just froze and I ― I don’t even remember.”

Gaga said she’s not comfortable naming the producer, and doesn’t “ever want to face that person again.”

“This system is so abusive, it’s so dangerous,” she said.

The 35-year-old also said that years after her rape, she was diagnosed with PTSD after going to the hospital for chronic pain and numbness.

“First, I felt full-on pain, then I went numb. Then I was sick for weeks and weeks and weeks and weeks after,” she said. “And I realized it was the same pain I felt when the person who raped me dropped me off pregnant on the corner, at my parents’ house, because I was vomiting, and sick. Because I’d been being abused, I was locked away in a studio for months.”

Gaga elaborated that “the way that I feel when I feel pain is how I felt after I was raped.”

“I’ve had so many MRIs and scans. They don’t find nothing, but your body remembers,” she said.

In the wake of dealing with that pain, Gaga said she “had a total psychotic break, and for a couple years, I was not the same girl.” In that same period, between 2018 and 2019, Gaga won an Oscar for her work in “A Star Is Born” and had to cancel dates of her “Joanne” world tour.

“Nobody knew,” she said.

Gaga explained that she had dealt with wanting to self-harm, and implored people to seek out other ways to try to heal their pain.

Gaga first spoke out about her PTSD diagnosis in 2016, telling the “Today” show that she’d visited the Ali Forney Center in New York and the homeless LGBTQ teenagers there helped her process her trauma.

“The kindness that’s been shown to me, by doctors as well as my family and my friends, it’s really saved my life,” she said at the time.