Bye, bye, bye to that doubt! ‘NSync might be one of the biggest boy bands of the ‘90s, but there was a time when they didn’t even think they’d make it past their debut album.

Biggest Boy Bands of All Time

The group — Lance Bass, Justin Timberlake, JC Chasez, Joey Fatone and Chris Kirkpatrick — formed in 1995 and went on to be nominated for eight Grammys and sell over 2.4 million copies of their 2001 smash, No Strings Attached, within the first week.

“It was a crazy time in our lives because that’s when we were having the fight with [record producer] Lou Pearlman and he was trying to destroy our careers. It was just a really weird time for us,” Bass, 41, exclusively told Us Weekly on Thursday, April 15, while promoting his new Fruit Smash partnership. “I was very young. I think I was 19 years old or 18 years old at the time, so I didn’t really know what the hell I was doing. But I knew that we had such success with the first album that the second album is your make it or break it type album. If it flops, it’s hard to recover from that. So going into it, we were scared because we didn’t know what we were going to be able to do with the second album.” 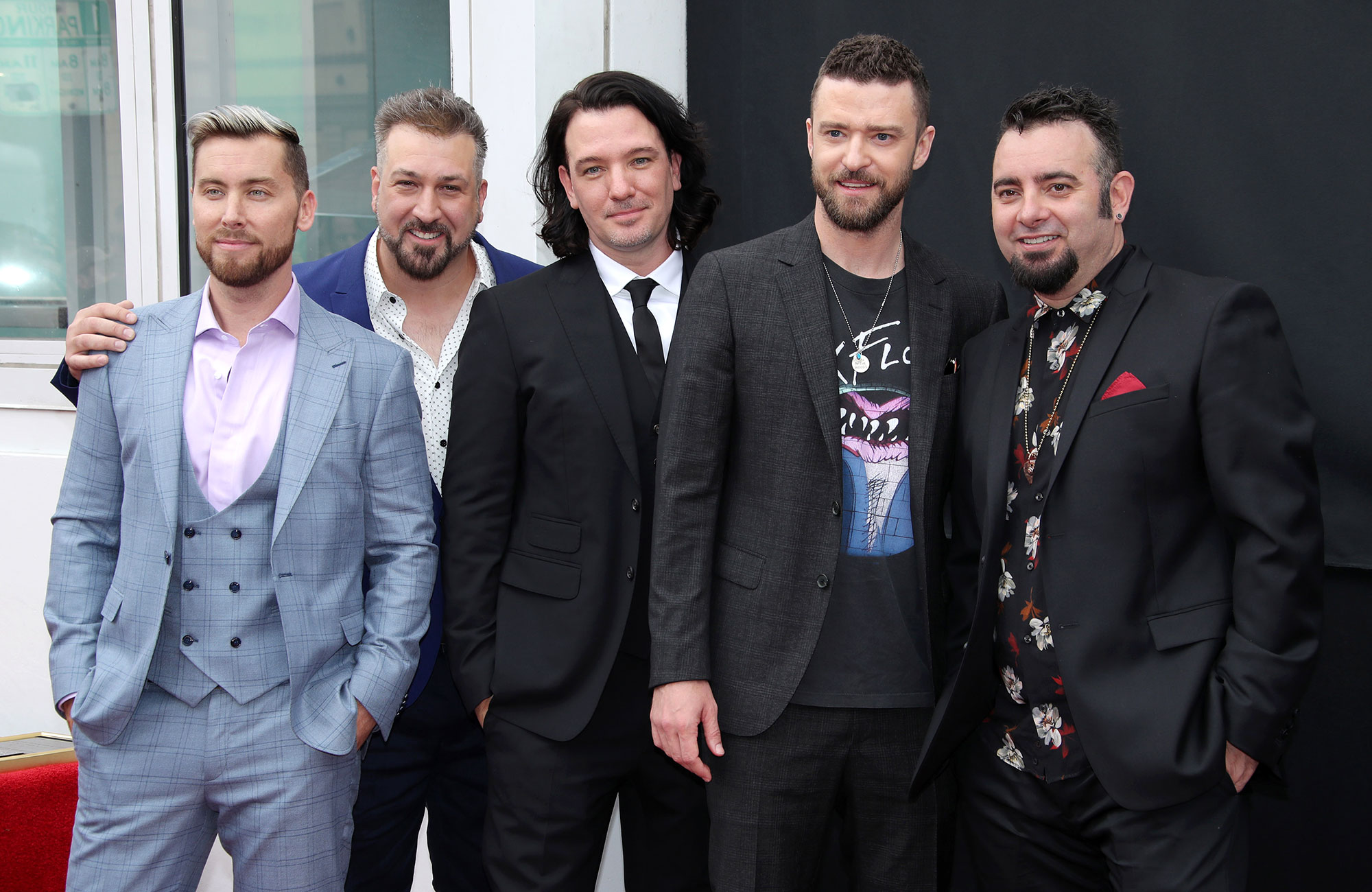 The group claimed that Pearlman cheated them out of millions at the time. When their attorneys found a loophole in their contract, they made the move to Jive Records.

“We didn’t know which label we were going to be at. We left RCA. And then we didn’t have a name. So we were gonna be artists formerly known as ‘NSync, like, [we] had no idea how we were going to present ourselves,” he explained. “And thank goodness the courts sided with us and we got our name back. And that really is what launched the whole theme of No Strings Attached with us. Getting away from Lou Pearlman. And it just inspired us to write more than we’ve ever written. And some magic really happened.”

That would be an understatement. The group — already with “Tearin’ Up My Heart” under their belts — would crank out hit after hit, including “It’s Gonna Be Me,” “This I Promise You,” “Gone,” “Pop” and more.

“My favorite song from No Strings Attached is ‘It Makes Me Ill,’” Bass told Us. “The one that Kandi Burruss wrote. It’s still such a bomb.”

In honor of the album’s 21st anniversary, Bass is helping fans say goodbye to everything basic in their lives with the Say Bye to Basic hotline. On Friday, April 16, the musician will be taking the calls himself, and giving three lucky callers the chance to score an $850 VISA Gift Card to purchase a year’s worth of free Fruit Smash.

As for Bass’ basic thing he’d like to move on from? He teased: “My No. 1 is always going to be the DIY frosted tips!” 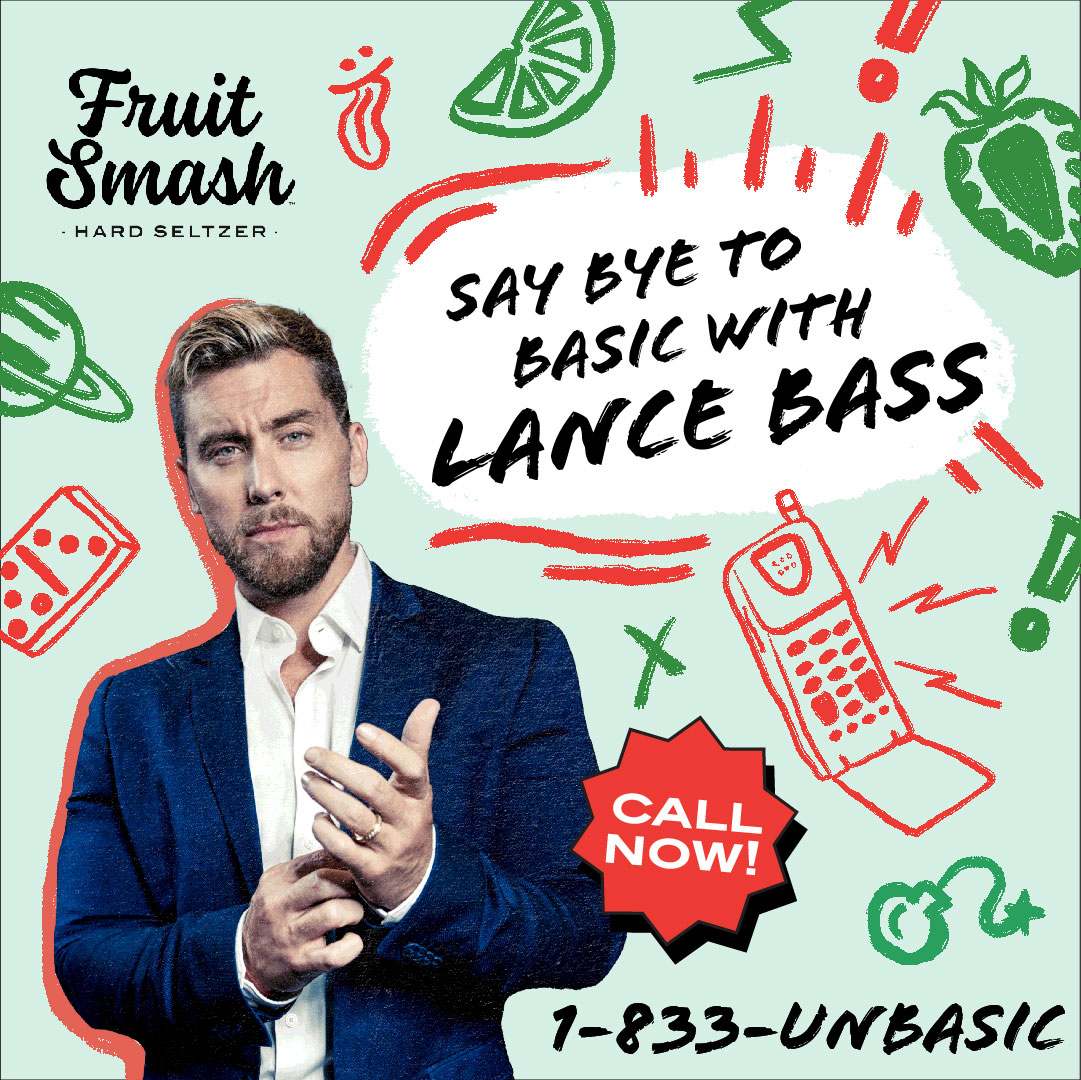 ‘NSync may have disbanded in 2001, but the longtime pals have reunited over the years, and even performed at the 2013 MTV Video Music Awards for Timberlake’s Michael Jackson Video Vanguard Award set. According to Bass, there are just too many “incredible moments” to pinpoint just one.

“I’m glad there was no social media during that round because who knows what sweets will be coming back to us these days,” he joked to Us. “My fondest memories are when we first got together, back in ’95, ’96 in Orlando, Florida. And, you know, we were children. I was 16 years old, doing this really crazy thing. The bond that we all had so early, it was just a beautiful thing. We all lived in a house together and we were all desperately trying to get a record deal and rehearsing every day, writing songs. I loved that. The beginning was just really fun and you just hoped for a great future.”