Latinx activists want Democrats running for president now to commit to not only reversing Trump’s policies, but also to not go back to Obama’s. 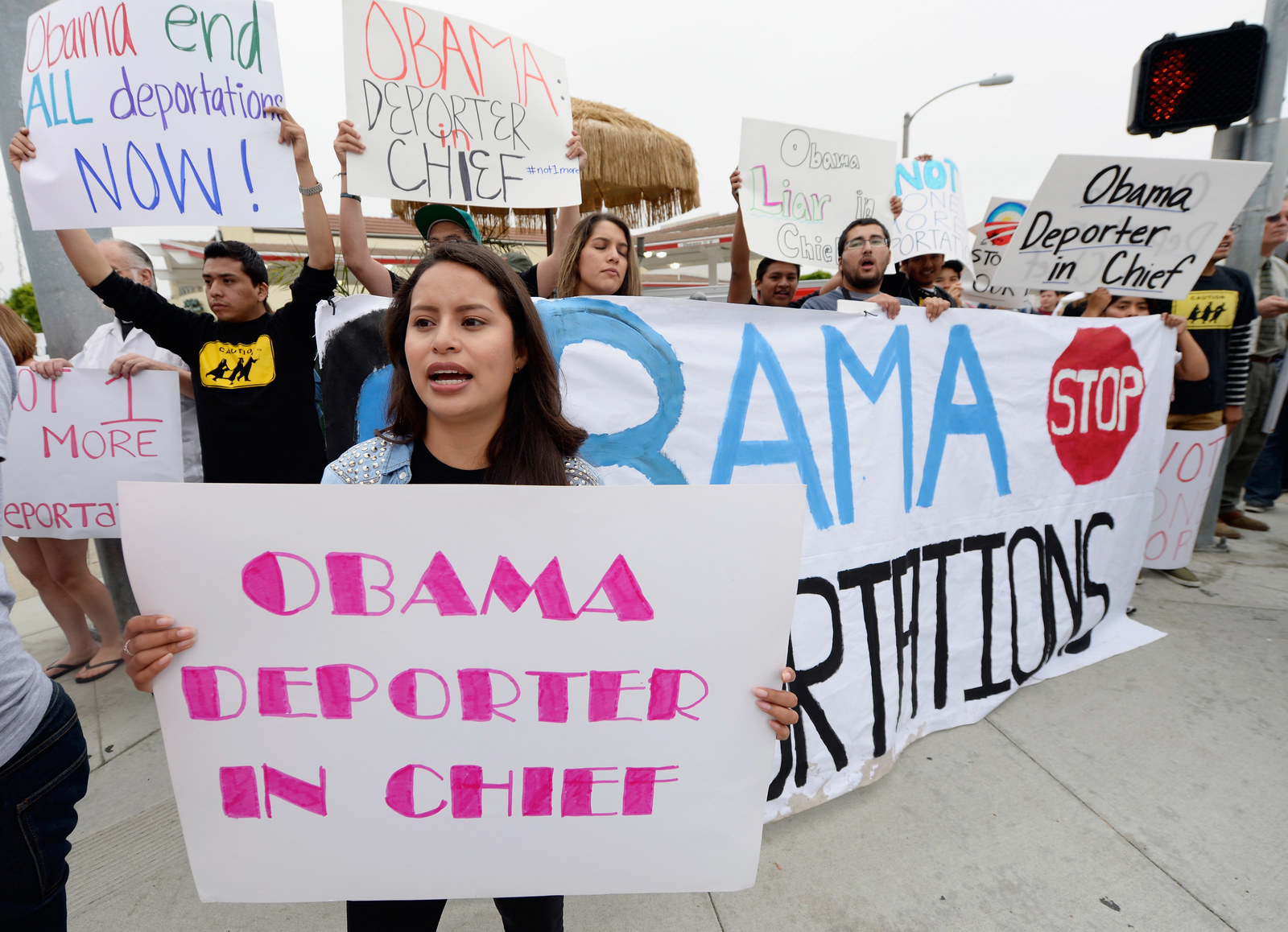 Protestors during a visit by President Barack Obama to a Democratic National Committee fundraiser on June 7, 2013 in Santa Monica, California.

MILWAUKEE, Wisconsin — While communities around the country brace themselves for immigration raids promised for this weekend by President Donald Trump, Latinx voters and immigration activists say they need to hear from Democrats that they oppose not just Trump’s immigration agenda but also the raids and deportations carried out under President Barack Obama.

“I also want a country that’s safe and sovereign, but my husband wasn’t a criminal, he wasn’t a rapist, he wasn’t a drug dealer,” said Cecilia Garcia, 44, a US citizen whose husband was deported in 2012 after being pulled over for an expired license plate, despite not having a criminal background or a deportation order pending.

She said Democrats need to recognize that they have played a significant role in creating the system that lead to her husband’s deportation, including Obama’s deportations and reaching as far back as the Clinton administration’s introduction of a 1996 law that made it harder for US citizens to adjust their spouses’ immigration statuses and easier for more immigrants to be deported.

“Democrats know what’s going on, and it’s beautiful that they went to the border, but what now?” said Garcia, a member of the League of United Latin American Citizens, the oldest Latinx civil rights organization in the US, at the group’s annual convention this week in Milwaukee.

“I think in Obama’s first term the title of ‘deporter in chief’ was well-earned. It wasn’t until the second term that we saw progress with him, stopping the deportations, signing DACA and DAPA and finally having a more humane and more compassionate immigration policy, but it took five years,” said Domingo Garcia, LULAC’s president. DACA, announced in 2012 and now subject to a court battle, protected people brought to the country as children from deportation. DAPA, announced in 2014 but never implemented due to court challenges, was intended to shield undocumented parents of children in the US who are citizens or legal residents from deportation.

“There’s still a distrust factor. President Obama promised to pass immigration reform in the first 100 days of his administration. It didn’t happen, and the Democrats controlled the Senate, the presidency, and the House,” he said.

The current environment of fear and repeated attacks on immigrant rights under this administration have created a situation where undocumented people and their families feel far more threatened than they did under Obama, especially because Trump has reversed the Obama-era policy of prioritizing people with criminal records for deportation above others. While immigrant communities are worried about the raids Trump has promised for this weekend, there’s little indication of how far-reaching they will be, and it’s unlikely they’ll affect anywhere near the broad numbers the president has suggested.

But advocates said they need to hear more explicitly from Democratic presidential candidates that they acknowledge that Democrats, too, carried out a program of mass deportations, especially in the early years of the Obama administration, when Obama’s pace of deportations outran Trump’s. And they want a firm commitment from candidates that they will not simply return to that status quo if they defeat Trump.

Two of the four presidential candidates who traveled to Milwaukee for LULAC’s town hall, Sen. Elizabeth Warren and former housing secretary Julián Castro, pushed back on Obama’s immigration legacy and promoted their own immigration plans, both of which would make crossing the border without documents just a civil rather than criminal offense.

“I’ve said that when I was Mayor of San Antonio, I was critical of some of the things the [Obama] administration was doing. I also have recognized that as the years went by the administration did get better on some issues, especially with DACA and DAPA,” Castro, who served in the Obama administration beginning in 2014, told reporters in Milwaukee on Thursday.

Warren, also speaking to the audience at LULAC’s town hall Thursday, said the immigration system “was broken long before Donald Trump came along,” and called for “big change.”

Sen. Kamala Harris also distanced herself from the Obama administration’s immigration record during the Democratic debates in Miami two weeks ago. “I disagreed with my president,” she said then, adding that she had specifically opposed Obama’s expansion of the Secure Communities program, which allowed ICE to access state and local fingerprint records when immigrants were arrested for even minor traffic offenses.

That was in contrast to former Vice President Joe Biden, who said during the debate that “President Obama did a heck of a job” on immigration.

For many people at the LULAC conference, and for immigration activists who have been watching the primary unfold, that judgement represents a disregard for the damage caused to immigrant communities by ICE raids and the lack of comprehensive immigration reform they were promised under Obama — who was dubbed by activists the “deporter in chief” for his record of having been the US president who carried out the largest number of deportations during his tenure.

“Obviously Trump is far worse, but Biden needs to apologize and come to terms with the massive deportations under Obama,” said Thomas Kennedy, a Miami-based immigration activist, who helped several candidates visit the area around the Homestead immigration detention center for children during the week of the debates. Biden did not visit the center.

Jeh Johnson, who served as Homeland Security secretary in Obama’s second term, defended the administration’s policies against what some Democrats are proposing now in a Washington Post op-ed this month. Declaring a policy of not deporting anyone in the US illegally except for criminals “is tantamount to a public declaration (repeated and amplified by smugglers in Central America) that our borders are effectively open to all,” he wrote. Decriminalizing border entry, he wrote, would have the same affect. 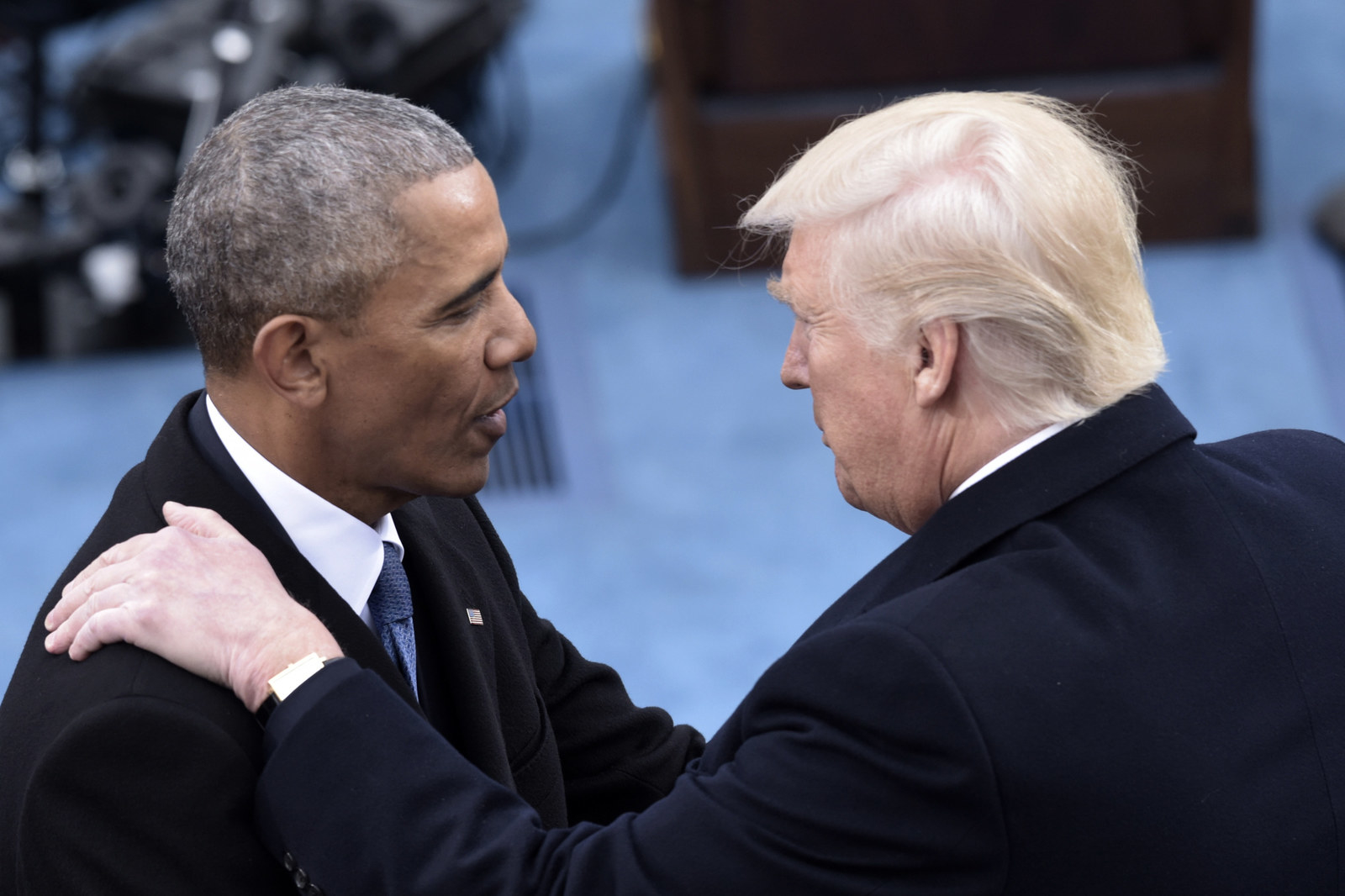 Days before the June debate, Biden wrote an op-ed outlining his approach to immigration and Latin America — it included reference to creating a pathway to citizenship for DACA recipients and reinforcing Temporary Protected Status for immigrants from several countries, but didn’t lay out a detailed immigration plan as other candidates have, including Warren, Castro, and former member of Congress Beto O’Rourke.

“Every 2020 Democratic presidential candidate is bearing witness to the same abhorrent and cruel behavior of the Deportation Force we in the immigrant justice and progressive movements have been shining a spotlight on for over a decade,” said Cristina Jimenez, executive director of United We Dream Action, in a statement addressed broadly to 2020 candidates the day after Biden’s op-ed was published.

United We Dream Action, Mijente, and LULAC members at this week’s conference said that rallying around Obama’s implementation of DACA was a step forward. But, they said, just focusing on one group of young immigrants is far from enough to put immigrant communities at ease given their experience with mass deportations under Obama.

“2020 Democratic candidates must show how they would be different on immigration as president. In 2019, ‘citizenship for Dreamers’ is not enough. That’s a floor, not a ceiling,” Jimenez wrote.

Another LULAC member, Rosemary Bombela, said she hopes that despite his comments at the debate, as president, Biden would not regress to what undocumented immigrants and their families dealt with under Obama.

“The Obama legacy in terms of immigration is not one of the shining points of his administration, so there was a lot of room for improvement,” she said. “I would hope that [Biden] himself as president would work to make the process more fair and equitable and not deport as many people as President Obama did.”

Yvonne Garcia, LULAC Texas’ deputy director for women, said she thinks it’s important for voters to be aware that both Democrats and Republicans have presided over immigration policy that’s harmed Latinx communities.

Esperanza Gutierrez, who took part in the organization’s protest in Milwaukee on Friday morning against Trump’s family separations and the detention of children, said she thinks more candidates need to speak to their party’s history on immigration.

“He was before Trump, and they never gave him credit, he was the one who deported the most of the modern day presidents. I loved the man, but I didn’t care for that,” she said of Obama. “I haven’t heard [Democrats] acknowledge it.”

Cecilia Garcia’s daughter, 20-year-old Zilagi Velasco, is getting ready to vote in her first presidential election. She and her four siblings are US citizens, and they hope that the next president might change the immigration system so they can be reunited with their father, who has been in Tijuana since he was deported in 2012.

“I’m very nervous because I’m thinking the candidates are just using immigrants as a pawn right now to get a vote,” she said. She said she wants Democrats to apologize for the deportations that included her father, but also, more importantly, to bring him back.

“You can’t just say it was a mistake. You did the damage throughout all these years. There were times where my sisters wanted to commit suicide. You can’t just say, ‘oops, sorry about that, sorry about what happened to you,’” she said. “I need my dad, basically. That’s what I want. Bring him back.”