Welcome to the dark side! Megan Fox and Machine Gun Kelly share an intense scene in the new trailer for their upcoming movie Midnight in the Switchgrass.

Hollywood Love! Hottest Couples Who Fell in Love on Set

The real-life couple, who met filming the thriller in March 2020, have a physical altercation in the new clip, which was released on Wednesday, June 9, by Entertainment Tonight. Fox, 35, plays FBI agent Rebecca Lombardo in the movie, who teams up with fellow agent Karl Helter (Bruce Willis) and a Florida state cop named Byron Crawford (Emile Hirsch) to try and catch a serial killer (Lukas Haas).

“We’re supposed to be protecting these girls,” Fox’s Lombardo says in the trailer, before going undercover to seduce Kelly’s (who is credited by his real name, Colson Baker) character. 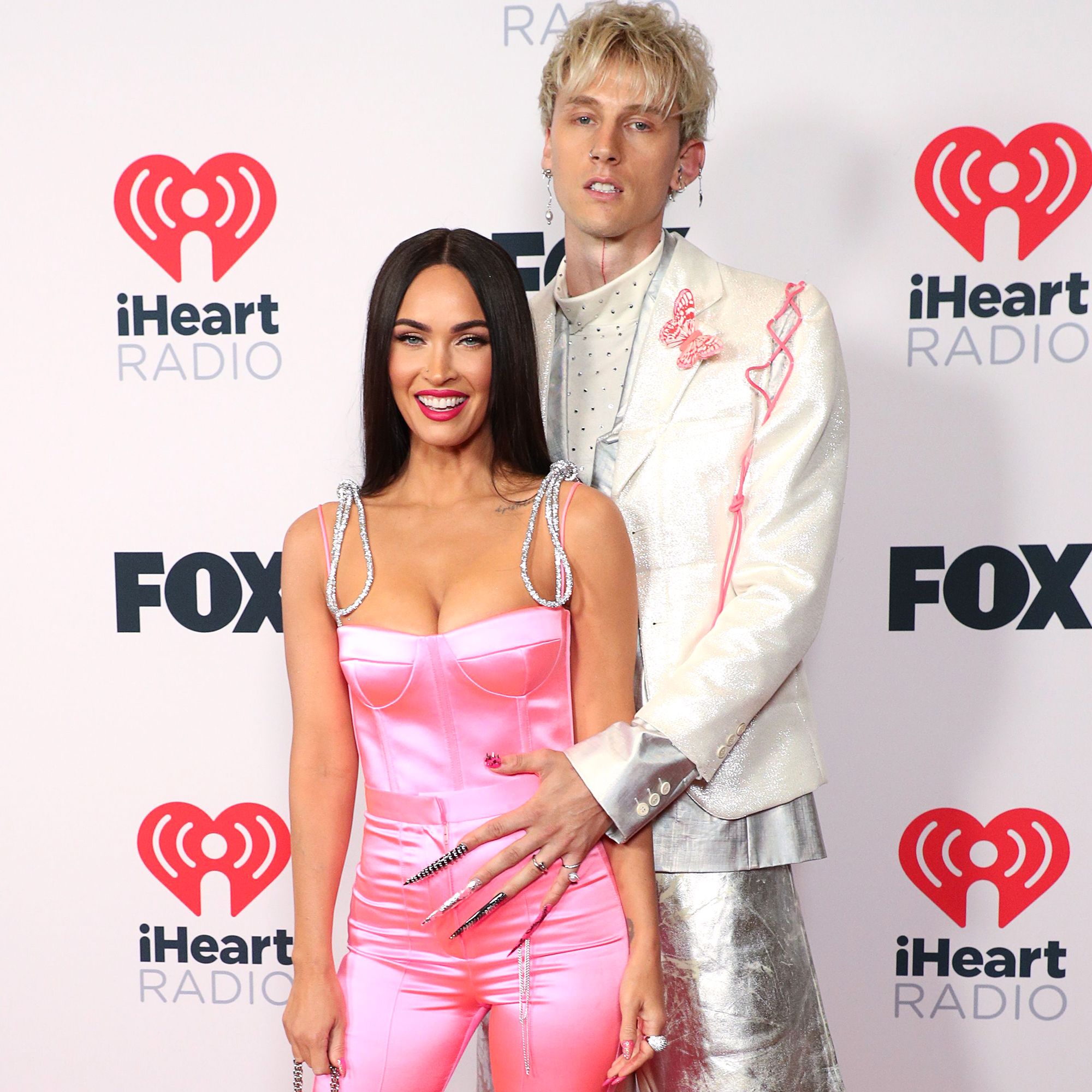 When the pair meet up in a motel room, Baker’s character says, “You belong to me, do you understand what I’m saying? Now lift up that skirt” before grabbing the FBI agent.

Lombardo says, “No,” and then beats him down, kicking him and then punching him in the nose. She later confronts him again in a motel room and holds a gun to his head in order to get more information on the assailant.

As the trailer progresses, Lombardo takes part in a sting operation that goes terribly wrong, leading to her capture by the serial killer.

So Cute! Celebrity Couples Who Shared the Screen After Marriage

“The minute I got made bait, it became my operation!” she tells with Willis’ Helter, before becoming the prey. The rest of the teaser hints at a deadly game of cat and mouse as the police try and locate Lombardo before it’s too late.

Fox and Kelly’s professional relationship turned romantic in May 2020, when they were spotted spending time together in Los Angeles. The same month, Brian Austin Green confirmed that he and the Transformers alum had split after 10 years of marriage.

The following month, a source told Us Weekly exclusively that Fox and the “Bloody Valentine” singer, 31, were “officially dating” and had a “strong connection.”

Five months later, the Dirt actor gushed about his love and explained how Fox had helped him amid his drug addiction recovery. “When you have a partner, mine being Megan, sitting there with you on those dark nights when you’re sweating and not being able to figure out why you’re so in your head, to help you get out of your head and put it in perspective, that really, really helps,” he told Interview in November 2020.

Since their romantic relationship began, the couple have continually shown affection for each other on social media and packed on the PDA when attending events together. Last month, the rocker gave Fox a shout-out when accepting the Top Rock Artist award at the 2021 Billboard Music Awards, calling her, “my twin soul who showed me love.”

The same month, the pair celebrated their one-year anniversary of saying, “I love you.”

Midnight in the Switchgrass hits select theaters on Friday, July 23.