The Jennifer’s Body star looked like an actual goddess in her sheer, nude colored dress with sparkling jewels cascading down the fabric. Fox wasn’t bare underneath, of course. She wore a thong and bustier bra that matched her skin tone. The dress featured a midi length and complimented MGK’s red, sparkling suit. 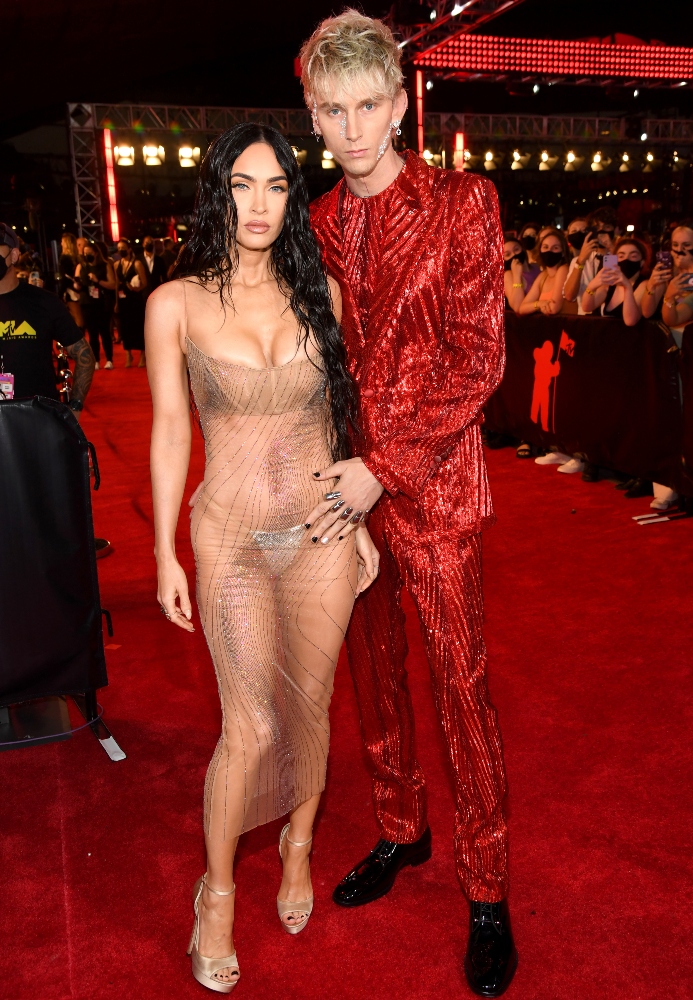 The rocker also wore some shimmering jewels on his face, too. Since making their official red carpet debut, MGK and Fox have made it a habit of coordinating their looks — and tonight was no different. “It’s 50/50,” the singer shared on the red carpet. “This one she took the lead, and I get the pleasure of having her on my arm all night.”

If there was any doubt about it, Fox and MGK proved that they were ready to own the red carpet this evening while maintaining their signature style. The singer is also slated to perform tonight, and there might be some major surprises in store! But it’s the MTV VMAs — when aren’t there surprises and shocking moments?

Before you go, click here to see the most over-the-top VMAs looks in MTV history. 3 Feb 22
Dakota Johnson might be entering the Spider-Verse. According to "The Hollywood Reporter," the 32-year-old actor…
Entertainment
0