The Duchess of Sussex took a break from her maternity leave to watch Serena Williams at Wimbledon on Thursday, July 4, but her newborn son with Prince Harry was never too far from her mind. Meghan Markle wore a necklace for Archie at Wimbledon 2019, and photos of her at the event show that, even when the duchess and her baby are apart, they’re still connected with a very special bond.

The former Suits star surprised fans at Wimbledon when she showed up to support her best friend, Williams. For the occasion, Markle wore a white blazer with blue jeans, a black T-shirt, sunglasses and a straw fedora. Though the duchess has received backlash for how casual her outfit was at Wimbledon, many have missed an important detail to Markle’s look: her necklace.

To complete her look, the former actress wore a simple gold necklace with an “A” charm, which was most likely a tribute to her 2-month-old son, Archie Harrison Mountbatten-Windsor, whom she welcomed in May with her husband, Prince Harry. Wimbledon was Markle’s fourth public appearance since giving birth. The first was a press photo-op with her, baby Archie and Prince William. The second was Trooping the Colour 2019 in honor of the Queen. And the third was London’s first-ever Major League Baseball game with the New York Yankees and Boston Red Sox. 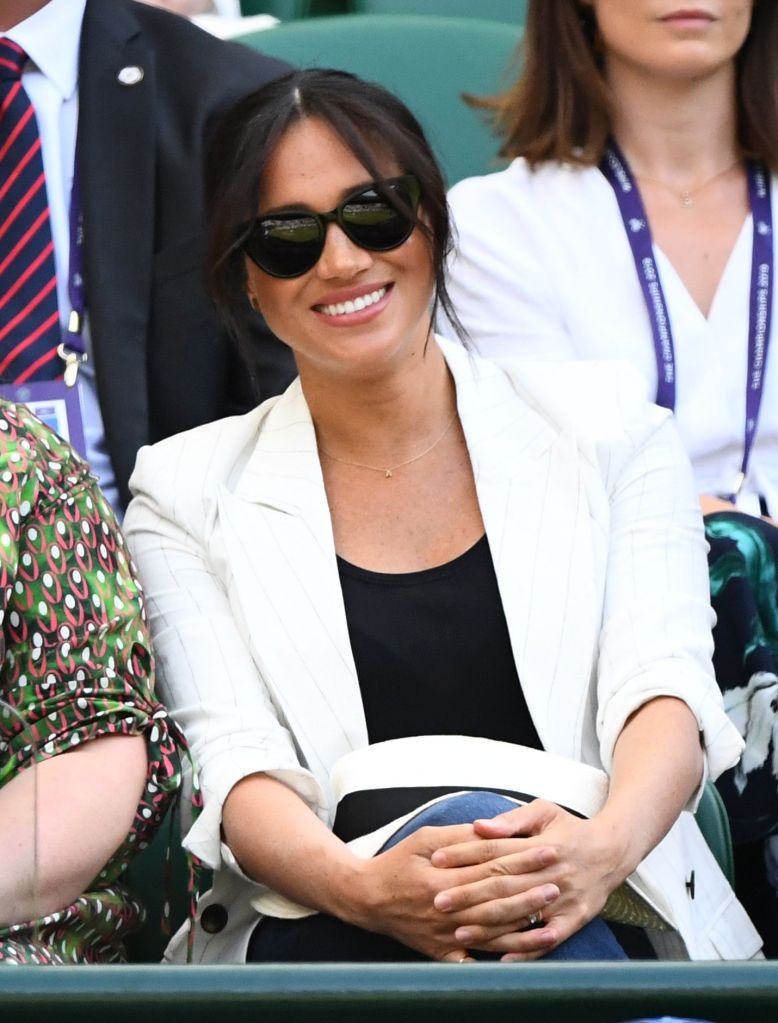 Royal expert Katie Nichols told Entertainment Tonight this week about how Markle and Harry plan for Archie to have “as normal a life as possible.” “Prince Harry grew up very much in the spotlight, never far away from the gaze of the cameras, and at points in his life that’s been something he has resented. My understanding is that at Frogmore, they have essentially built a fortress,” Nicholl said. “One of their closest friends told me it was their oasis — their sanctuary where they’re going to raise their child away from the spotlight.” 1 Sep 20
She’s back! Clare Crawley was all smiles as she returned to social media after the…
Entertainment
0 11 May 21
The meatball is back! The party has arrived in the new trailer for Jersey Shore:…
Entertainment
0