At the end of October, LA-based singer-songwriter-producer Mia Carucci welcomed the release of As Above As Below with an epic event. Similar to Mia’s path as a DJ and now, as a solo artist, the EP’s event was equal parts ceremonial and celebratory, with a well-curated line-up of their favorite DJs. As Above As Below is their debut EP, but it has an unexpected combination of sounds that push these experimental tracks into another world while inviting you into Mia’s dreams.

From DJ sets in their early days in Miami to playing at Complexcon, Mia has a strong vision for combining sounds from hip-hop, Latin disco and other genres. Their vision is always beautiful, even when it’s a bit sad or goth, and is rooted in the work that Mia does by identifying the historical origins of sounds they’re drawn to. Building these connections exists on multiple levels for Mia, which range from playing a set for a bumping dance floor at El Cid or learning about spiritual practices in Afro-Indigenous traditions from Latin America and the Caribbean. “As Above As Below is a saying or mantra that all things in the universe have cause and effect. Whatever you do in this realm affects all other realms,” explains Mia.

To understand how Mia’s music can touch listeners in a variety of ways, HYPEBEAST has spoken to Mia about how their EP was informed by both their spiritual practices and multifaceted musical career. 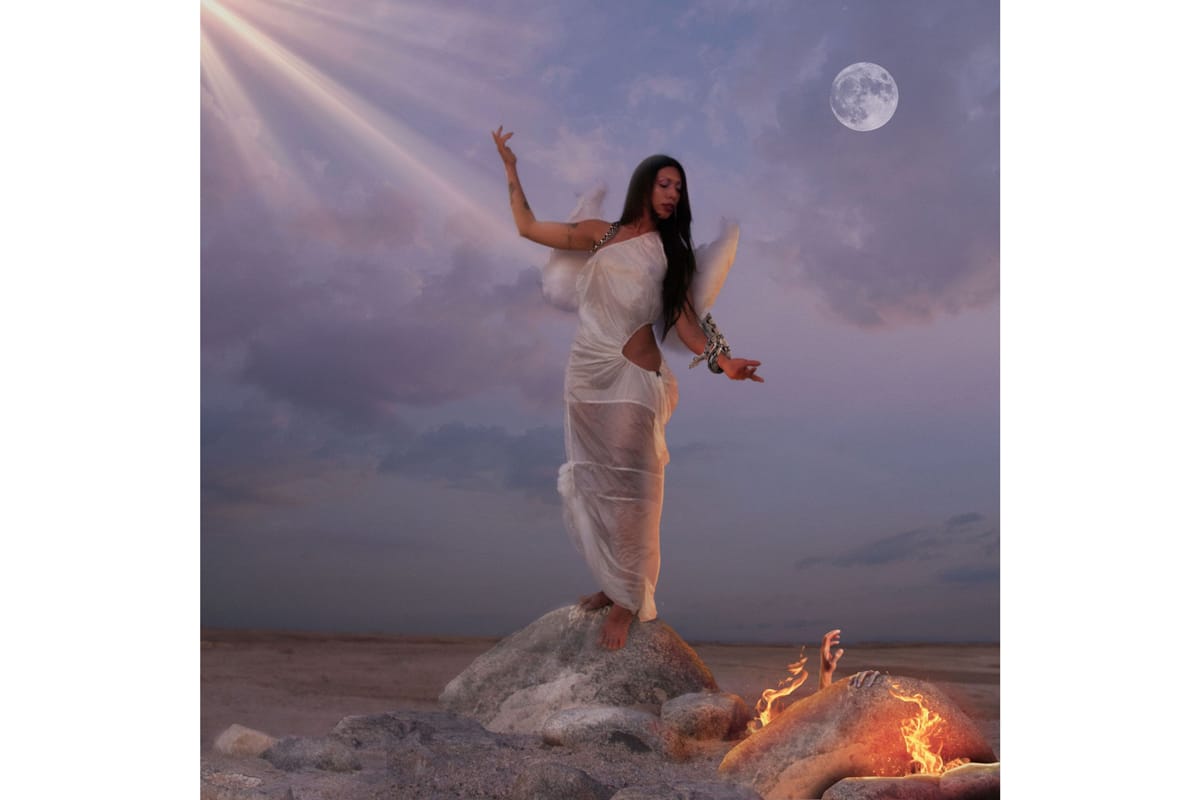 HYPEBEAST: Did you have any particular dreams that influenced or gave you insight on how to create the EP?

Mia Carucci: The overall concept came to me when I was practicing astral projection, which is a way to enter a state of lucid dreaming. You have to picture yourself walking through a hallway and opening a door, which will lead you to a dream. That’s what I did for each song. I imagined myself in a hallway, then whatever I see when I open a door while thinking of a particular song is how the musical ideas came to be.

Do you have an ideal situation where people will listen to your EP? Like during a specific time of day or in a special setting?

They’re meant to be songs that reflect my own ritualistic practices and also help others who want to be more in touch with their own spiritual practice. They’re meant to either inspire or co-exist while someone is practicing. I half intentionally, half unintentionally make music for driving. I think if things can’t like pass the car test, then I’m like, ‘It’s not good.’ There are songs you can zone out because they leave enough space for you to dream and contemplate things. I feel that’s a good time to do that while you’re driving. I love listening to music that like I can kind of, it’s almost a little drone-y.

Drone music, which is a minimalist genre, is a good way to describe As Above As Below.

There’s a lot of small elements in the music that are hard to pick up in loud spaces. I hide a lot in my production– my production is very much like I have this metal clash sound like to the left and then I have a wood chipper sound reverb. So, it’s easy to miss a lot of thing if you aren’t listening in a controlled space.

These sounds you’re describing, did you create them through acoustic means or digital means?

Both. I have my voice memos on my phone and most of my production is there. Like, I’ll just be walking down the street and there’s this one building and it sounds like metal clashing. It’s so crazy and so beautiful to me that I’ll wait for cars to pass to record it. I also have a sound of my godbaby from when my sister was giving birth. I took the sound from the ultrasound for “Cyber Sadism.” A lot of it is sounds that I catch out in the world. Then, I add a bunch of and delays and echoes, and I have my synths, chords and stuff for the chord work and drum sounds.

Who are some of your musical inspirations for the EP?

There’s a lot. John cage is a really big influence for me. The song “The Elements” was originally called “John Cage” while I was working on it. Brian Eno. A lot of ambient artists, and Angelo Badalamenti, Ennio Morricone, and Italian composers of horror films and Westerns. Goblin is a huge influence for me. I love all of the ’70s, synth-heavy music. A lot of my intros are very much inspired by them. “The Elements” is like my version of a Goblin track.1 of 3 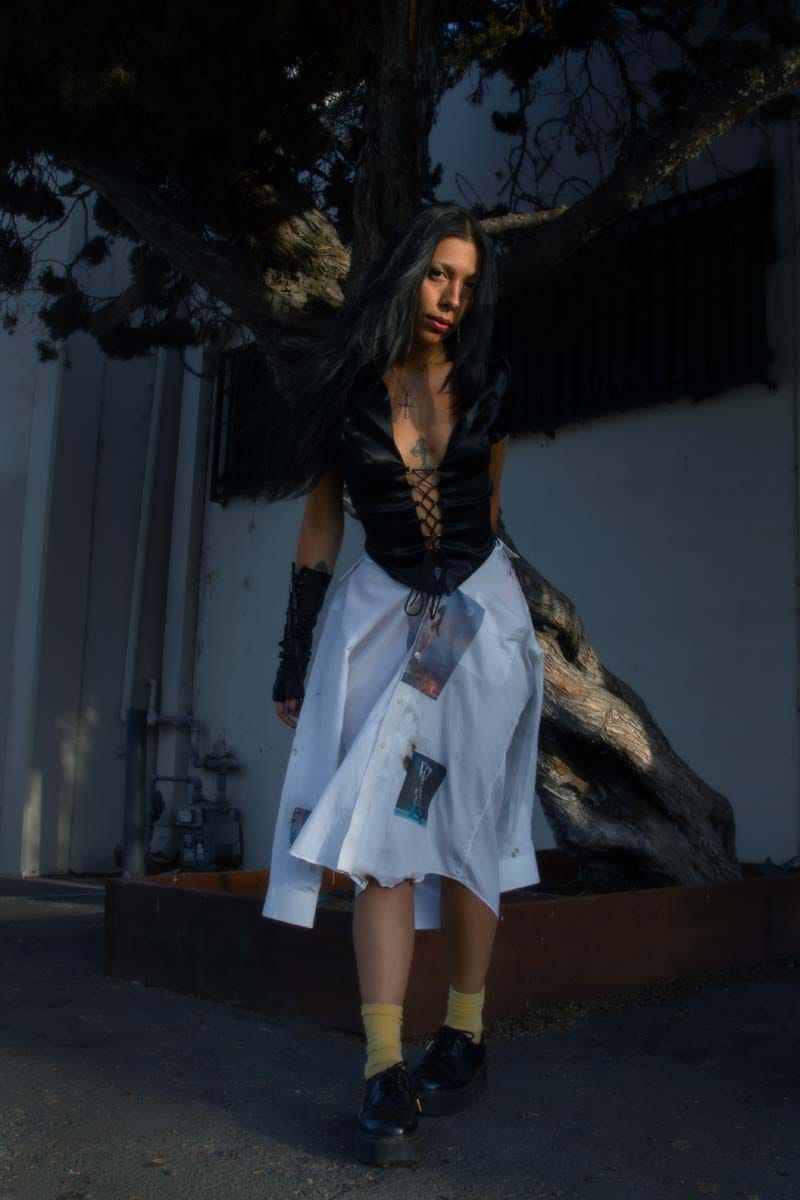 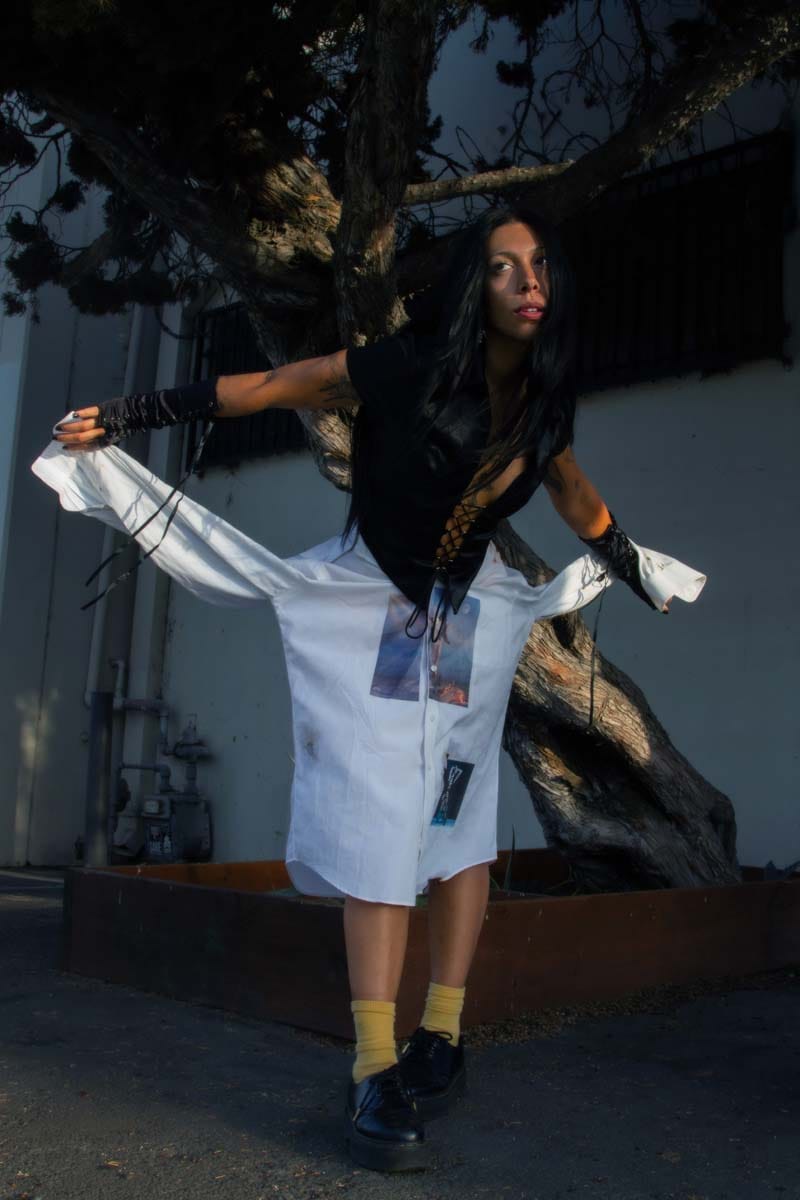 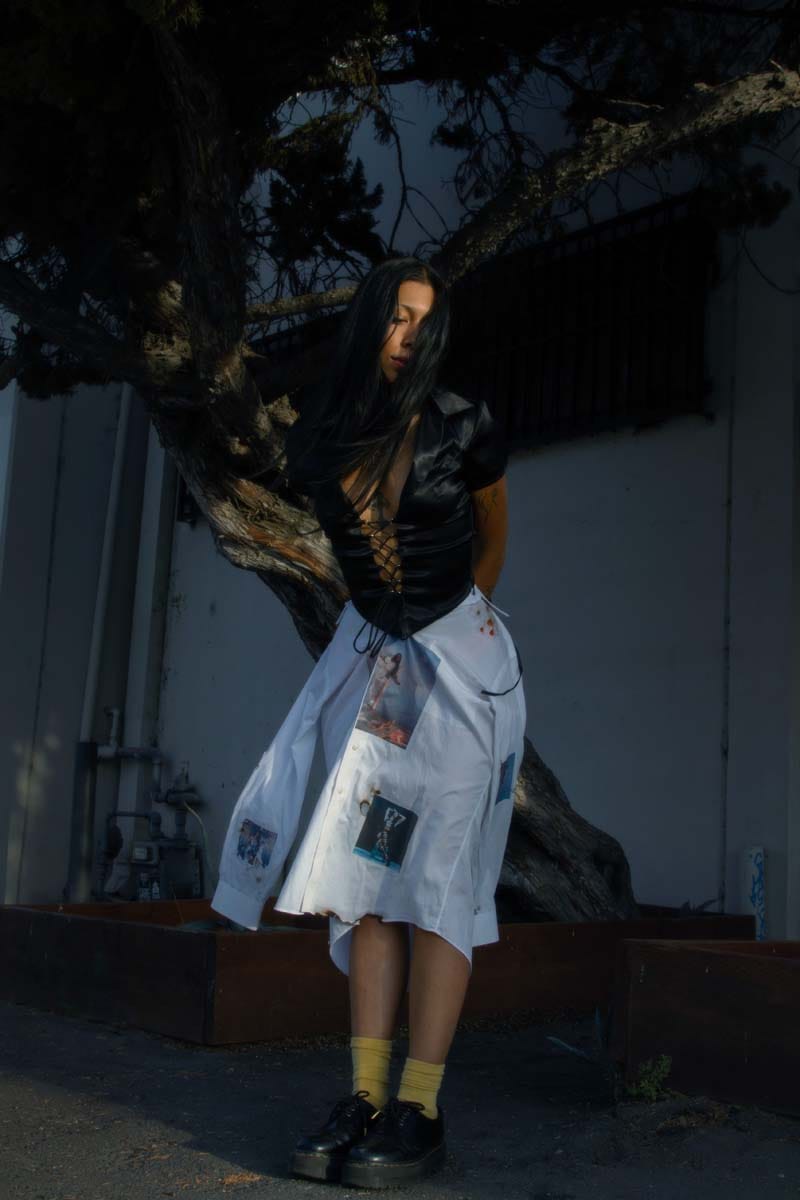 It’s interesting. I haven’t been able to play my own music out because I get really embarrassed. I feel like it’s so embarrassing to play your own work and I think what I’m making isn’t actually very club friendly. In concept, it is because when you’re listening to it, you’re like, ‘Oh, this track goes hard.’ But it kind of doesn’t work in club sense. They’re a little more heady than like a straightforward dance track.

You’ve taken some time since releasing “Badlands,” which was a solo single. How do you think that you or your sound has changed since then?

Well, I tried to be as intentional with like the singles and then this project, like “Chimera” was the first track I ever put out, which is super different from “Badlands,” which is super different from “God in Science.” And “La Loba.” They’re all intentionally made. I put out singles that have sounded nothing like each other so when I put out this project, it wouldn’t be that crazy for me to go in any one direction.

I’ve shown you that I can explore different genres and I will continue to do that. Even in my DJ practice, I’ve never been that person who’s like one genre, like the house DJ or the techno person or the hip hop person. I see how everything blends and the historical aspects of sound and how they travel so much. It’s important for me to be able to jump genres like “Badlands” and “Primal Deep” are sister songs to me. I think if you look at my work from an aerial perspective, you can make ties. They’re not very obvious ties, but you can make ties.

Going back to spirituality, which is important in your life and in your music, do you want to talk about the traditions that you practice or about your ancestors?

It’s interesting because the more I open myself up to the idea of sort of working with more spiritual practices, I learn that my ancestry is way more complicated than I thought. In my journey a couple years ago, I started feeling uncomfortable with the idea of colonial religion, so I opened myself up to the idea of finding a practice. My mother is from Puerto Rico and her blood bloodline is Taíno and African, and there are a lot of people in the Caribbean who practice Santería and work with orisha. Even though it is a very closed practice, it felt the most accessible spiritually to me.

My father is from Argentina, but his mother has roots in Egypt. There’s so much that feels so far away from me. But this Afro-Indigenous religious concept feels very real to me. I started getting into what that looks like in the Caribbean, Nigeria and Brazil and how all of it ties together. There’s a kind of freedom that comes with reclaiming our spiritual practices, and me [wondering about] all of the ways that I can remove this colonial reality, like fake reality from my life.

You’ve always been mixing genres. Going back to your “She’s Emotional” ​mixes, they all incorporate so many genres. Does love or heartbreak still play a role in your music?

Oh, for sure. Especially in doing the “She’s Emotional” ​mixes, it’s been so clear to me that the straightforward idea of a love song has been done in so many ways that are so special. My approach to love love songs are just naturally a bit abstract, like “Cyber Sadism” and “Primal Deep” are both sort of sad love songs. They’re about things not really working out with a lover and not understanding why and not wanting to let them go, but having to. All of these tracks are about love in one way or another, whether it’s about a love interest or humanity in general or nature. Everything is very much about love in its own way.

Do you have any upcoming projects that you’re excited about?

To tune into Mia’s upcoming releases, follow them at @miacarucci. As Above As Below is also available on Spotify, Apple Music and other streaming services.

Elsewhere in music news, discover an unreleased song from Whitney Houston that is going up for auction as an NFT.
Source: Read Full Article