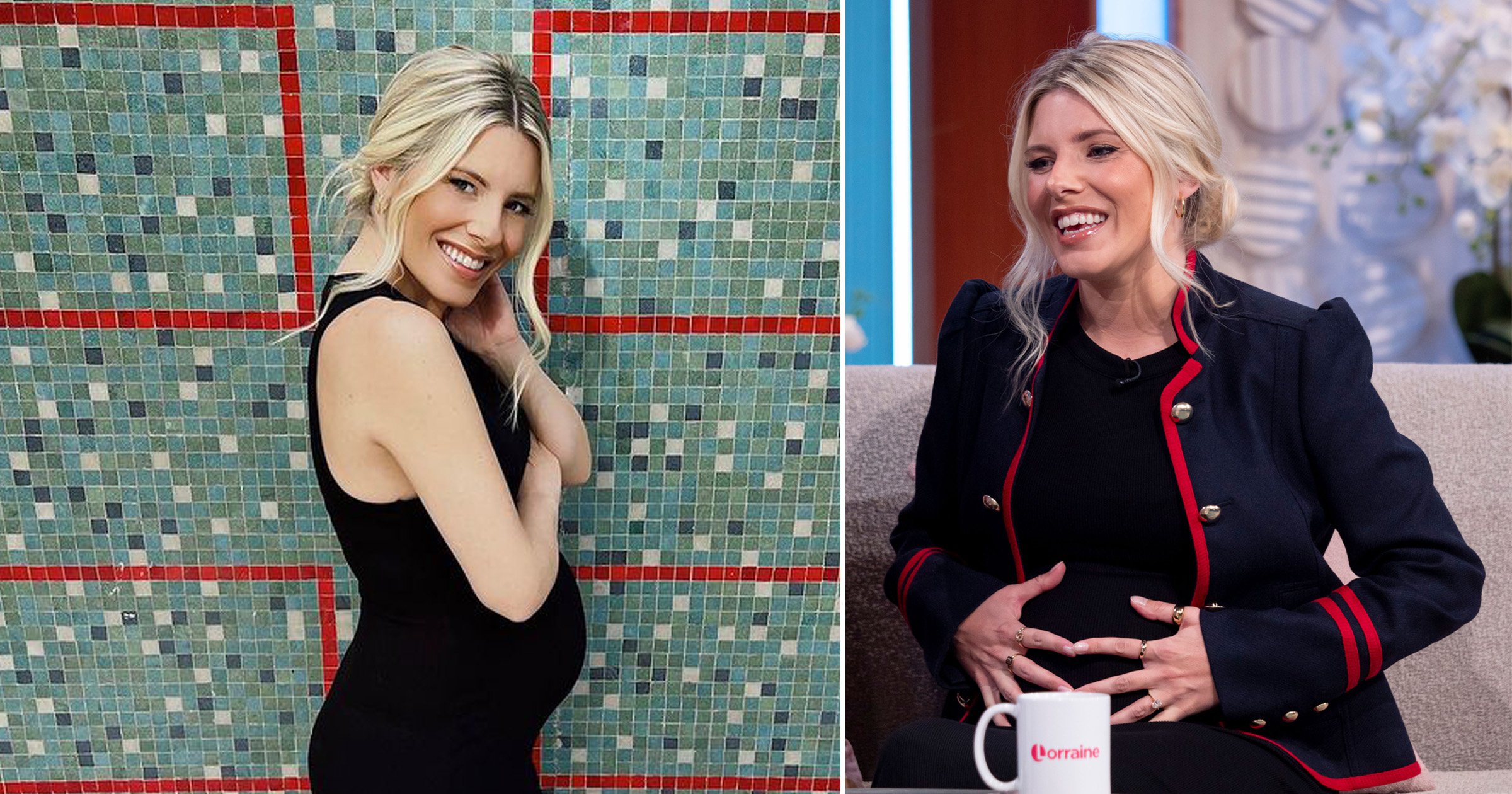 Mollie King and Stuart Broad have confirmed the birth of their first baby together.

‘Welcome to the world Annabella Broad. We have never been so in love ❤️’, she wrote, as the mum-of-one cuddled her newborn.

A second pic showed new dad Stuart kissing his little girl on the cheek while they enjoyed a walk as a family of three, Annabella looking so adorable in a fluffy suit.

Of course, fans and famous friends flocked to the comments to congratulate the new parents.

In October, Mollie had revealed she and Stuart were expecting a baby girl by popping a gender reveal balloon.

She told her followers: ‘Last weekend we got our families together for a little celebration that we’ll never forget.

‘For months our families have been predicting and guessing the gender of the baby but it’s been so lovely to have that just between us.

‘Our due date is really creeping up now, we can’t believe how close it is, so last weekend felt like the right time to get everyone together and reveal it. It was such a special day and one we’ll always remember. So… we’re having a….’

The Saturdays star, 35, and her cricketer beau, 36, had announced they were expecting in June, sharing a sweet photo of Stuart kissing her bump.

Mollie wrote at the time: ‘Stuart and I are so so happy to share that we’re expecting a baby later this year! We’re absolutely over the moon.’

The singer also revealed in September that she was so excited to meet her child and hold them in her arms.

She told Metro.co.uk: ‘I just want to hold my little one in my arms. At the moment I’m feeling kicks and I’m feeling movements in there. But I’m beyond excited and cannot wait to actually hold them in my arms, just to be able to look at them. I’m really excited about that.

‘And maybe taking them down to the park with my dog, Alfie. Just little bits like that, nothing overly fancy. Just having a little one. It’s going to be amazing.’

Mollie admitted that it was nerve-racking to announce her pregnancy to the world, explaining: ‘It was kind of a mix of emotions. I was so excited because… I’ve wanted a family ever since I can remember. So to be able to actually say, “we’re pregnant and that we’re having a baby” was so incredibly exciting.

‘But I am also somebody who is very anxious. I just didn’t want to do anything too soon, because I didn’t want to jinx anything. It’s one of those things that you don’t know how soon to announce it or share it with everybody. But we’ve been so well, we felt extremely grateful that we’re in this position and are very lucky.;

She added: ‘Literally every night I get into bed, and I’m like, “I can’t believe there’s a little baby growing in me,” and Stuart is just exactly the same.

‘We’ve been grinning ear to ear, the fact that we’re fortunate enough to be in this position. It’s something that we’re just taking week by week, and we’re having lots of scans and the NHS have been amazing. They’ve really looked after us.

‘We are really excited. But it did feel quite nerve-racking, putting the post up and sharing it with everyone, that’s for sure.’ 10 May 22
Following its introduction of new colorways earlier this year, Maison Mihara Yasuhiro has dropped a…
Entertainment
0