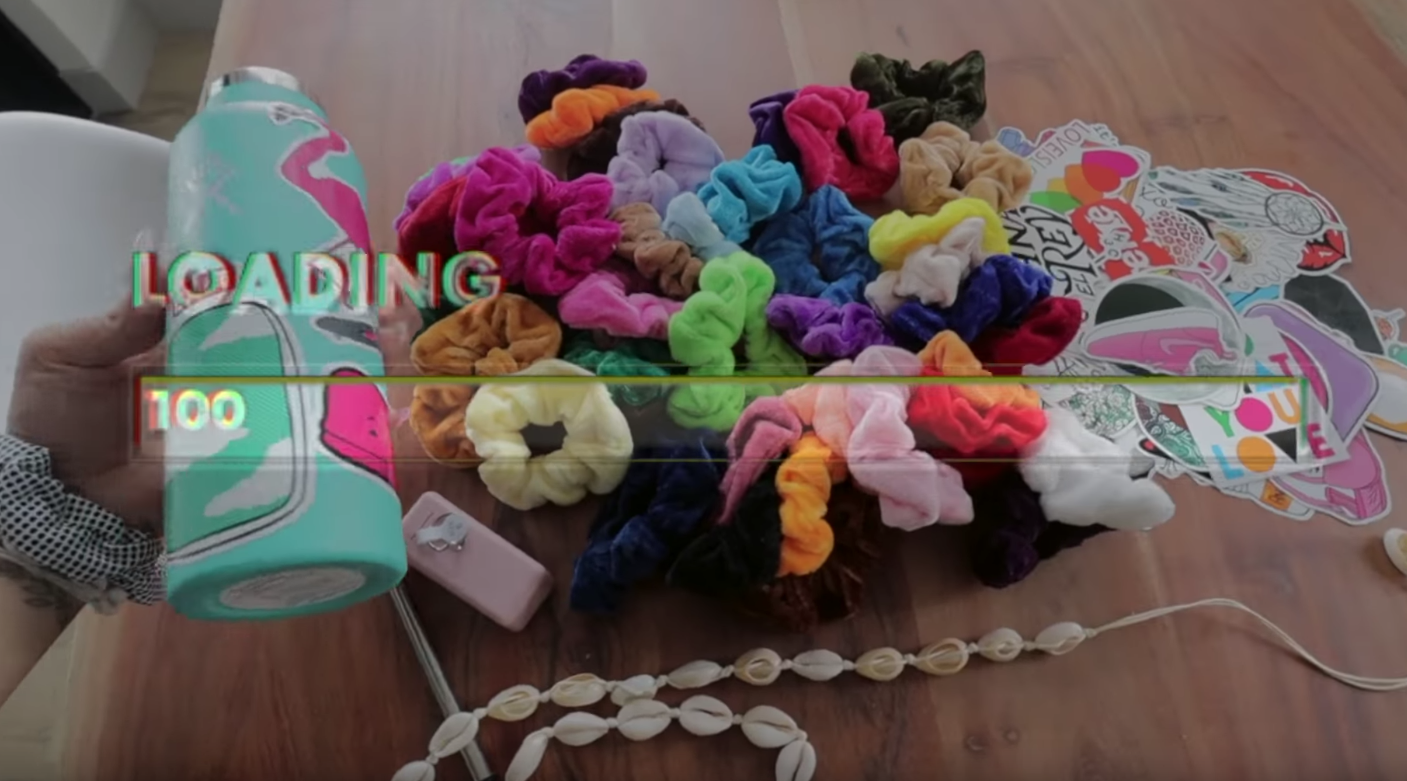 The Instagram baddie has a successor, and she comes bearing scrunchies.

They’re called VSCO girls. That’s VSCO as in the photo editing and sharing app, notorious for its flattering filters with minimal names like B1 and F2.

Urban Dictionary calls them the “Tumblr girls of 2019,” which is pretty accurate. However, real life and social media are so blended together now that you’re likely to spot a VSCO girl at your local mall.

It’s a look that’s very much defined by the look. Your typical VSCO girl has a very specific list of items — a Hydro Flask water bottle (possibly covered in stickers from Redbubble), a scrunchie around her wrist, a crop top from Brandy Melville or oversize tee, handmade friendship bracelets, a puka shell necklace, and Birkenstocks or Crocs (worn unironically). She probably has a Fjällräven Kånken backpack with a reusable metal straw inside, and she’s whizzing past you on a Penny board. Her makeup is light and natural, topped off with Carmex lip balm. Her hair — likely blonde — has easy beach waves.

Basically, she’s a rehash of a 2000s beach girl, to match the VSCO app’s sun-drenched filters. It’s like an updated and somewhat less posh Marissa Cooper, except the girls wearing the look are too young to have heard of The O.C.

“The word I would use best to describe it is basic, because everybody wears the same clothes and has the same items,” Caiti DeCort told BuzzFeed News.

DeCort, 15, is a YouTuber who lives in Atlanta. Last month, she posted a video transforming into a VSCO girl that now has over a million views. In it, she layers scrunchies on her arms, puts on some white Crocs, and covers a Hydro Flask with stickers.

“It just kind of came out of nowhere, being a VSCO girl. I now see a lot of people doing it,” she said.

“I guess the app gained more popularity as posts on TikTok and YouTube and Instagram all came and now I feel like a lot of people use it.”

Indeed, YouTube is now littered with VSCO girl transformation videos and the hashtag #VSCOgirl is all over TikTok.

Although VSCO girls are definitely posting on the VSCO app, the look is just as popular on Instagram. It also runs counter to the typical Instagram baddie look that’s dominated influencer culture — think heavy makeup, Fashion Nova, and lip fillers.

A popular example would be influencer and YouTuber Emma Chamberlain. In her latest video, she goes shopping and her first stops are at VSCO girl staples Brandy Melville and Urban Outfitters.

“They always look like they’re doing everything effortlessly even when it comes to their ‘natural dewy’ makeup and ‘beachy waves’ hair,” said Pham, 16.

“They drive around in jeeps to watch sunsets. And they’re constantly taking pictures with their polaroids and disposable cameras.”

Pham, who lives in Edmonton, Alberta, also did a transformation video and the comments she got are very revealing of exactly who the trend excludes.

VSCO girls are, by and large, white, thin, and have enough money to buy the various high-end items the trend includes. Even Brandy Melville is exclusionary by design — it only carries one size, and that size is usually small or extra small.

“I definitely do agree that people are being left out because they’re not a certain ethnicity and don’t look a certain way,” said Pham. And DeCort agrees.

“Normally when you’re talking about a VSCO girl, it is predominately people who are white and very skinny and they own all these big name brands. So typically it’s associated with being rich,” said DeCort. “But I don’t think it should be like that.” 17 Feb 22
From Bridgerton to The Crown, these are the TV shows we cannot wait to start…
Entertainment
0

24 Mar 20
It's been a whirlwind since Love Is Blind began streaming on Netflix, and fans will…
Entertainment
0 30 Nov 21
Adding to the outpouring of tributes for Virgil Abloh,
Entertainment
0