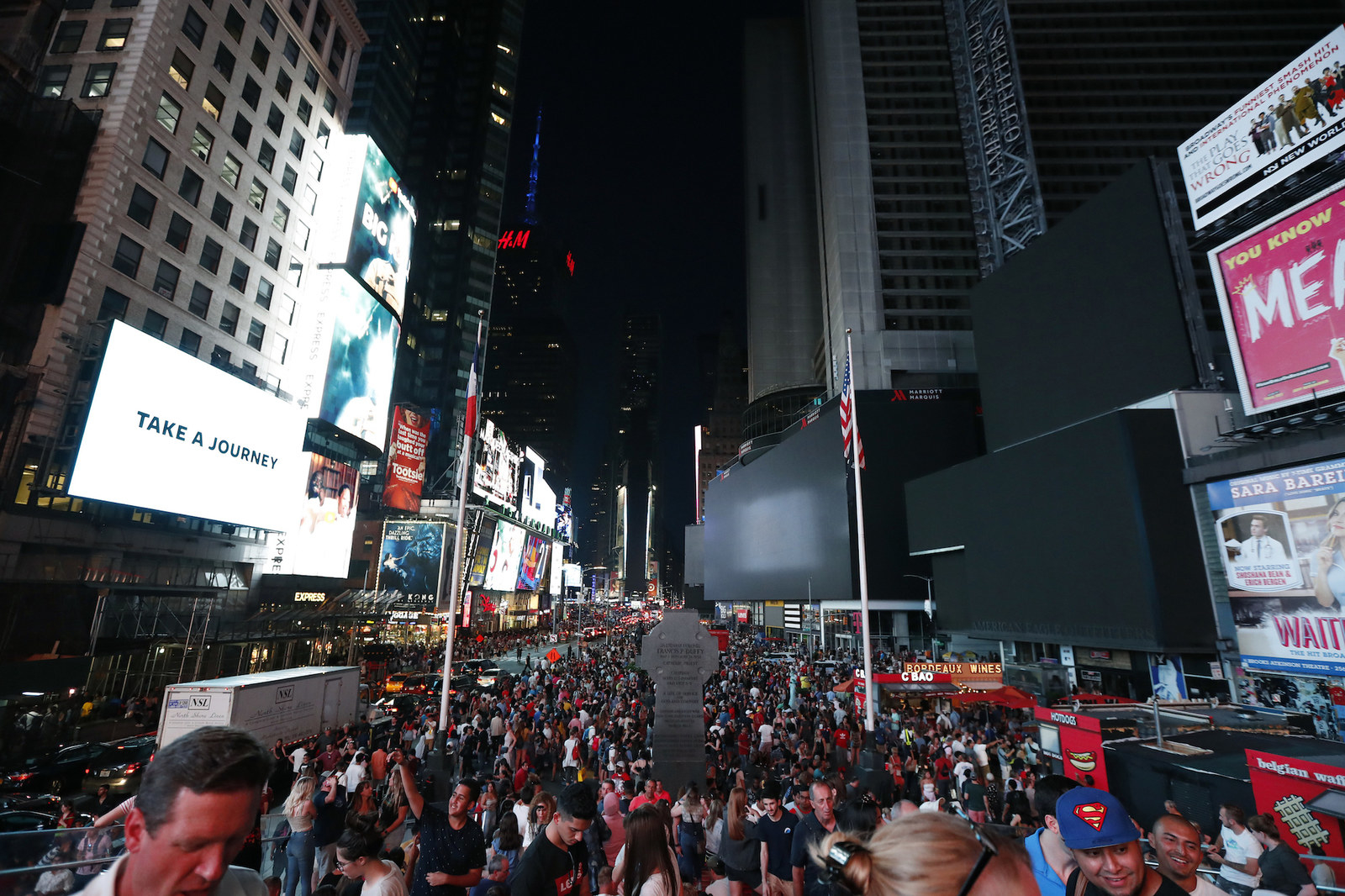 A massive blackout hit Manhattan’s Upper West Side just before 7 pm on Saturday, leaving tens of thousands of New Yorkers in the dark.

The outage halted subways and cut power to elevators, street lights, and the iconic billboards in Times Square. Around 72,000 customers were affected for about three hours, Con Edison said in a press release, and the company told The New York Times that the outage was due to a problem at a substation — but that the cause would not be clear until an investigation was completed.

People flooded into the streets, some passengers in downed subway cars and elevators were stuck for a time, and traffic went to an even slower-than-usual crawl. 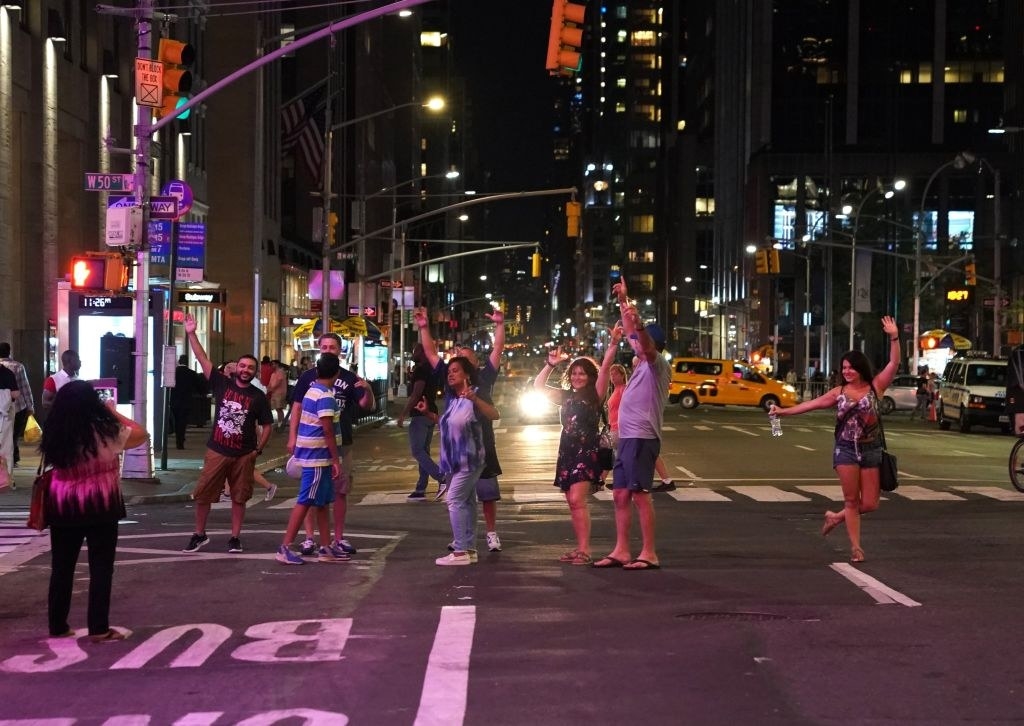 People celebrated on 6th Ave after the lights came back on late Sunday.

Still, resilient New Yorkers knew how to make the most of a dark situation.

Since the outage happened an hour before curtain time for many Broadway shows, from “Hamilton” to “The Lion King,” theaters had to cancel — leading to sidewalk performances from wildly talented cast members trying to cheer up their disappointed audiences and passersby.

Like André De Shields, who plays Hermes in “Hadestown,” who sang a blackout-themed impromptu number based on “Road to Hell,” the Broadway show’s opening song.

Or the cast of “Hamilton,” who serenaded a crowd from the windows of Rodgers Theater in New York.

The cast of “Waitress” sang to a crowded street while waiting for the official announcement that their show would be cancelled.

At “Come from Away,” the cast and the band performed the show’s opener, “Welcome to the Rock.”

And as the sun went down on the city, an evacuated Carnegie Hall concert suddenly started in the middle of the street.

“Rock of Ages,” an off-Broadway production, launched into parts of their show for confused audience members outside their theater.

Martine Sainvil, a spokeswoman for the Broadway League, told BuzzFeed News in an email that ticket holders could check their point of purchase for information about refunds and exchanges. Theaters are currently checking equipment and the status of the Sunday’s Broadway shows would be announced soon, she added.

In the city’s famous Times Square area, billboards had their blinding advertisements put out, and traffic lights went dark.

Meanwhile, regular people started to direct traffic while waiting for cops to assume their stations at chaotic intersections.

Strangely enough, the blackout happened on the same date as a large power failure in 1977. So a new generation of New Yorkers learned how to deal with suddenly being in the dark — like these guys having a cookout on a newspaper box.

ConEd said it got the last of six electrical networks back in service shortly before midnight.

8 Feb 20
politics “I was there,” Biden said in the New Hampshire debate. “I was involved in…
Entertainment
0 1 Apr 21
From Scream to The Hills Have Eyes, these horror films are all inspired by true…
Entertainment
0