The South Korean producer and D.J. Peggy Gou was still lugging around four big bags filled with CDs and vinyl records in 2017, long after other D.J.s had gone digital. She knew exactly what tracks were on each disc and didn’t want to fumble around during sets, which make her nervous enough as it is.

Her baggage was also a buffer against skepticism. In a genre filled with dudes ready to question a musician’s bona fides, it was a tangible (and heavy) symbol of her knowledge. “I was scared to change,” she said.

Gou, 29, who makes bright, danceable electronic music that is catchy and memorable, even to genre newcomers, is less afraid now. This year, she started a label, Gudu Records, and a fashion line called Kirin; released a critically acclaimed EP; and booked prime slots at Glastonbury and Primavera Sound, among other big European festivals.

And last month, she became the 69th producer to release a mix for the DJ-Kicks series, a decades-old showcase that has hosted names like Carl Craig, Four Tet, Kode9 and Nina Kraviz. Electronic music, like the clubs in which it flourishes, is divided into those who belong and those who don’t. Being chosen to captain a DJ-Kicks mix is a consummate sign of belonging that marks Gou’s arrival as a potential crossover artist in a world where few such figures exist.

“When I picked her she’d only released one EP but I was just super into the music,” said Will Saul, who chooses artists for the series. Her sound, he said, “was very versatile. It worked on the dance floor and there were also very strong musical hooks in it.”

Gou’s DJ-Kicks mix reaches into the history of house and techno, as well as her personal history. It includes the earliest track she started work on, the shuffling, sample-heavy “Hungboo,” named for the hero of a Korean fairy tale.

Since her adolescence, Gou has been a migratory creature, moving first between London and South Korea, and then all over the world. She first arrived in England when she was 14 to study English, and lived with several different guardians. She did not have an easy relationship with any of them.

“They just locked me up in the house and the school so I obviously became a devil,” she said. “I became a rebel.”

That sense of rebellion pushed her out dancing nearly every weekend. Back then, she said, she didn’t even worry about whether the music was good. The club “is one of those places where everybody goes for the same reason,” she said. “In a club, it doesn’t matter who you are, what you do or where you’re from.”

She moved back to Korea when she was 18, but felt more comfortable in London and, about six months later, decided to study fashion there. In 2011, while out dancing, she discovered deep house, a subtler genre of dance music than the EDM she’d been accustomed to. Albums like Roman Flügel’s “Fatty Folders,” from 2011 — a high-water mark for left-field techno — permanently changed her palate.

“I listened to it and my jaw just dropped,” she said. After that, “I became a nerd.”

She was encouraged, first to D.J. and then to make her own music, by people with whom she had personal relationships. Her first love, a Kiwi EDM fan whom she met in Korea, taught her to D.J. in 2009. Four years later, a Facebook friend offered to teach her how to use Ableton, the music production software, and she began to create her own tracks. The first draft of “Hungboo” was completed in 2014.

Two years later, she released a burst of music, including the EP “Seek for Maktoop,” on Ninja Tune. Word of her talent started to float through the underground, and she began securing bigger bookings.

“I was seeing her name pop up places,” said Tim Sweeney, who hosted Gou on his radio show Beats in Space in 2017. “She was part of the Berlin scene, the names that were always at Panorama bar or Berghain. She did a great D.J. set for us. The one thing that I remember that was different: She only brought CDs.”

Since the release of “It Makes You Forget (Itgehane),” a melodic club hit that was inescapable throughout 2018, Gou’s rise has accelerated. She has benefited from an ability to forge useful connections — the celebrity designer Virgil Abloh is a friend — and a nose for branding.

Her record covers and the logo for her label Gudu, drawn by the artist Jee-ook Choi, make pop art out of traditional Korean dancing masks. (Gudu means “shoe” in Korean, and Peggy Shoe is a popular nickname.) But Gou has another explanation: “It also means Peggy Gou does,” she said.

There’s a tiger lounging on a bed on the cover of her DJ-Kicks mix, which marks a shift in spirit animal for Gou, who has made her love for giraffes so well-known that inflatable ones frequently crowd-surf at her shows.

“Tiger is wild and I’m wild,” she said. “And do you know why I like giraffe? I’m the opposite of a giraffe. I’m very hyper and full of energy.”

Gou’s energy is obvious in her music, and she is confident in its mass appeal. Asked how to get people who are not normally fans of electronic music into club genres like house and techno, she thought for a moment before alighting on an idea.

“Do you think it would be too cocky to say maybe try to let them hear what I do?” she asked. “I don’t want to sound like a bighead! But maybe you can say it in a nice, humble way.” 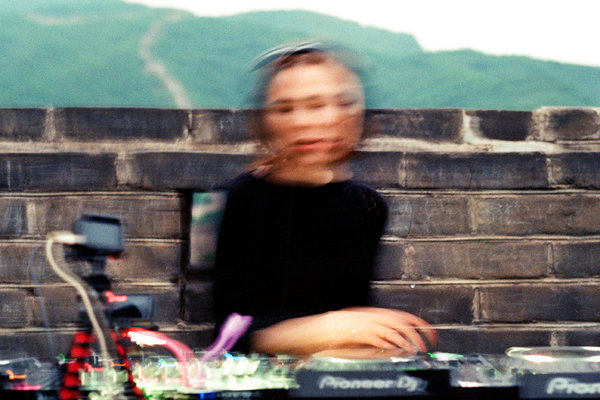 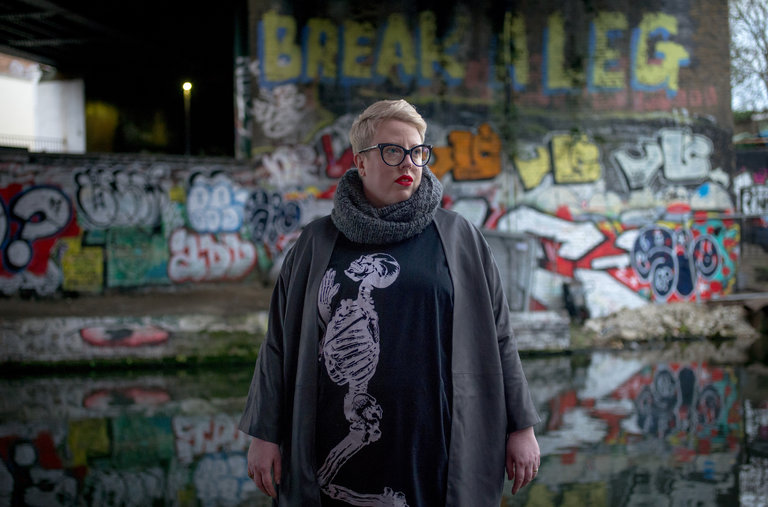 Jonah Bromwich is based in New York. He writes for the Style section. @jonesieman

17 Oct 19
This is an excerpt from The Stakes 2020, BuzzFeed News' newsletter about what really matters…
Entertainment
0

18 Apr 20
People running at Jacksonville Beach on April 17. As lawmakers across the country discuss lifting…
Entertainment
0