Whew, this week has been a whirlwind for the royal family. Princess Beatrice’s pregnancy announcement fell on the same day as Meghan Markle and Prince Harry’s third wedding anniversary, immediately followed by the release of a report proving what many, including Prince William, had assumed to be the case: Princess Diana was indeed tricked into betraying the royal family in her notorious Panorama interview on BBC. That’s enough for a full-length series (oh wait…), but now, Prince William is in the hot seat. The Duke of Cambridge is being roasted on Twitter for blaming the Panorama interview for his parents’ divorce, rather than acknowledging and blaming the affair that his father, Prince Charles, had with Camilla Parker Bowles. 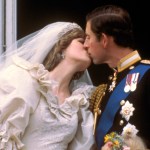 The backlash was swift and painful, as it is. “No William, the panorama interview did not ruin your parents marriage. Your dad screwing Camilla did,” said one tweet. “Someone needs to sit William down and tell him to stop. No one hurt Diana worse than her own. Her parents, her husband, her in-laws. She was both privileged and exploited,” another read.

“Prince William continues to disappoint. He threw his dead mother under the bus. Labeling her a paranoid etc All to safe [sic] the royal family,” said a third. “I’m pretty sure his dad f–king Camilla drove them apart long before this interview.”

Prince Charles’ adultery is generally considered the reason behind marriage’s dissolution, as opposed to Princess Diana’s interview — as Prince William alleges. But his seeming inability to accept that fact isn’t particularly surprising — these are his parents, after all. Plus, it’s been reported that Prince William felt especially betrayed by the Panorama interview in the past, and he may not enjoy reliving the unpleasant memories.

“Diana spoke of ‘betrayal,’ and that was exactly what William now felt,” British historian Robert Lacey wrote in Battle of Brothers: William, Harry, and the Inside Story of a Family in Tumult. “Their mother had clearly seen how upset both her sons had been when Charles had confessed his intimacy with Camilla on television the previous year. Here she was doing the very same thing, and even talking about her ‘love’ for this other man.”

“William had been ‘so angry with her,’” Lacey continued, per Princess Diana’s friend Simone Simmons, in whom she confided. “‘All hell broke loose. He was furious … that she had spoken badly of his father, furious that she had mentioned Hewitt…He started shouting and crying and, when she tried to put her arms around him, he shoved her away.”

Prince William was only 13 at the time — and of course, he then lost his mother in a tragic and horrific car accident just two years later. Maybe we should consider giving the Duke a break, and consider how hard it would be for anyone to acknowledge, or honestly even think about, their parent’s extramarital affairs. Especially when forced to experience them in the international spotlight at the delicate age of 13.

Before you go, check out the best photos of Princess Diana playing with William and Harry.