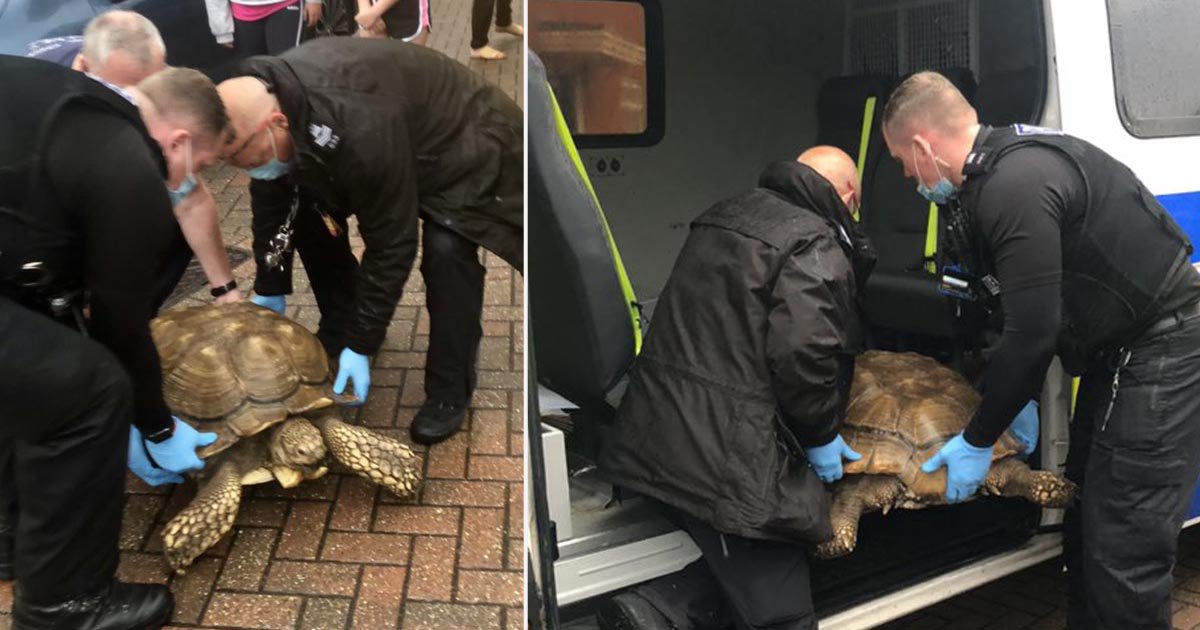 A giant tortoise somehow ended up a mile from his home and had to be taken back in a police van.

Titan, who weighs nine stone, lives in a garden in Suffolk where he is penned in by a three foot tall fence.

His owner has no idea how he escaped his enclosure, and believes he may have ‘teleported’ out.

It took three police officers to lift up Titan, who is 35 years old and measures a metre across, after he was spotted at around 2.25pm on Friday in Kesgrave, near Ipswich.

When they phoned his owner Richard Aston, he was out and had no idea his pet African sulcata tortoise was having such an odyssey.

Mr Aston told the BBC: ‘There was no sign of the fence being broken, and he can’t jump over it – it’s three feet high.’

Suffolk Police wrote on Twitter: ‘Thanks again to vigilant members of public in locating this absconder, 9 stone ‘Titan’ was safely returned home.

‘He was too large for the van cell so had to travel wagon side. #slowjustice.’

One Twitter user joked: ‘Just glad you didn’t have to call out the shellicopter.’

And another commented: ‘He’s clearly antisocial as he’s never come out of his shell.’

For more stories like this, check our news page.