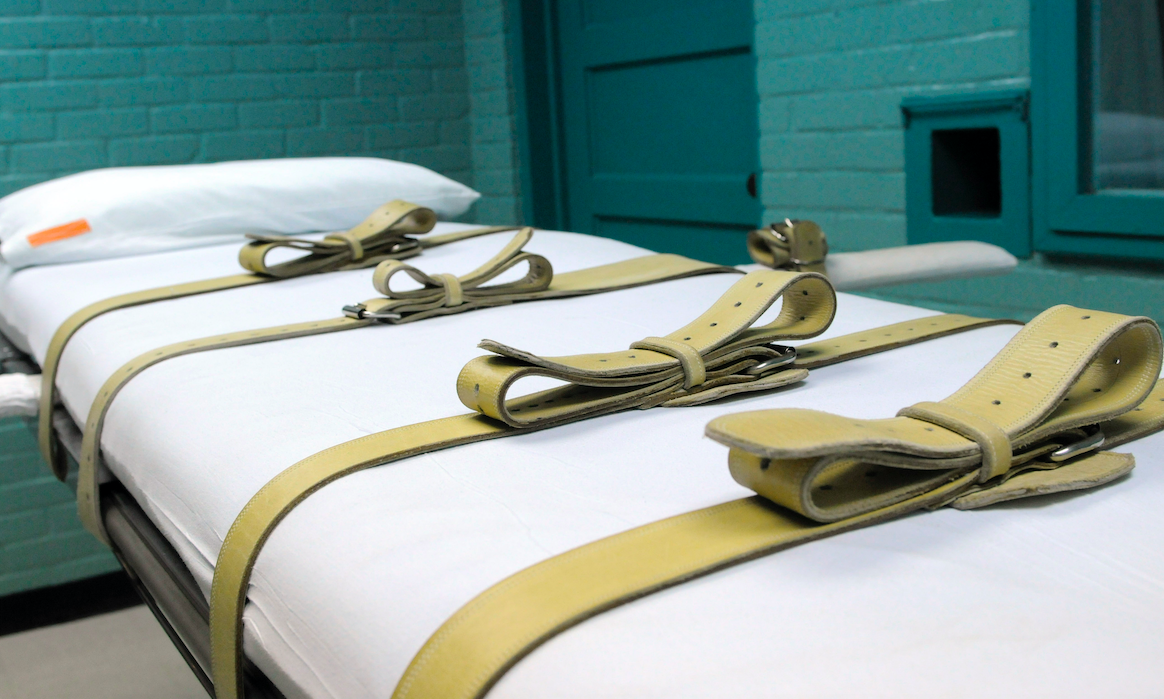 WASHINGTON — The Trump administration announced Thursday that it will resume federal executions for the first time since 2003, reviving a court fight over lethal injections that’s been dormant for nearly a decade.

Five men on death row are now scheduled for execution by lethal injection in December 2019 and January 2020, according to the Justice Department; each was convicted of murder and has exhausted his appeals. The new federal execution protocol involves a single drug, sodium pentobarbital, which is commonly used in state executions.

“Under Administrations of both parties, the Department of Justice has sought the death penalty against the worst criminals, including these five murderers, each of whom was convicted by a jury of his peers after a full and fair proceeding,” Attorney General Bill Barr said in a statement. “The Justice Department upholds the rule of law — and we owe it to the victims and their families to carry forward the sentence imposed by our justice system.”

The new protocol will immediately end up in court, however, and could be put on hold before the planned executions take place. A lawsuit pending since 2005 challenging the federal government’s execution procedures has been on hold since 2011, when the Obama administration effectively suspended lethal injections as officials explored changes to the process.

The federal government last executed a prisoner in March 2003. Before 2003, federal executions were few and far between. According to the Federal Bureau of Prisons, there were 37 federal executions from 1927 to 2003. There were none in the 1970s, 1980s, or 1990s, and just three in the 2000s. Death row inmates who had execution dates filed suit in federal court in Washington, DC, in 2005, and the judge stayed their executions while the case went forward. When the George W. Bush and Obama administrations set a handful of additional execution dates, those inmates were added to the litigation.

On Thursday, the Justice Department notified the court of the new protocol and said it would meet with lawyers for the death row prisoners who sued in order to set a schedule for “further proceedings.”

Megan McCracken, a lawyer involved in the case and an expert on lethal injections, told BuzzFeed News that the litigation focuses on whether a particular execution protocol is constitutional under the Eighth Amendment’s prohibition against “cruel and unusual punishment” and also whether the process is otherwise lawful. The lawsuit could examine, for instance, whether the Trump administration followed the proper procedures in adopting the new policy. The administration did not go through the public rule-making process that agencies normally use in adopting regulations, which includes publishing details in advance and giving the public a chance to weigh in, before making its announcement Thursday.

“The devil is really in the details, and so all of the unknowns at this point are going to be the relevant issues for whether or not this protocol is constitutional, is lawful,” McCracken told BuzzFeed News. “That is why the litigation that’s been on hold in federal court since 2011 … will now need to proceed and give the court opportunity to review the procedure, the drugs, the execution teams, how they plan to administer it.”

A senior Justice Department official said that former attorney general Jeff Sessions directed the Federal Bureau of Prisons to explore options for resuming federal executions when he took office. The bureau recently concluded its review and submitted the proposal to Barr, who approved it, the official said. The department’s press release said the new protocol was similar to single-drug procedures used in Georgia, Missouri, and Texas.

A major hurdle for states in carrying out lethal injections has been pushback from pharmaceutical companies that don’t want their products used in executions. BuzzFeed News previously reported on steps Missouri took to keep secret the source of the pentobarbital that it used for lethal injections. The Justice Department did not disclose how it planned to obtain the drug.

Hannah Cox, national manager of the anti–death penalty group Conservatives Concerned About the Death Penalty, told BuzzFeed News that the Trump administration’s decision was “backwards” and out of step with public opinion, including among conservatives and state lawmakers. There are 25 states that still have the death penalty; Cox said a third of those states haven’t used the procedure in more than a decade, and 11 of those states saw Republican-sponsored death penalty repeal bills this year alone.

“It’s time for a Republican administration to pay attention to what Republicans on the ground are doing,” Cox said.

The prisoners involved in the pending litigation already had execution dates scheduled, which were put on hold. The five men now scheduled for lethal injections aren’t parties to the case — defendants without execution dates hadn’t sought to join the case while it was delayed — but the Justice Department’s notice to the court Thursday means it expects the judge to review the new protocol.

Lawyers involved in the federal death penalty litigation told BuzzFeed News that they did not receive any advance notice from the Justice Department about Thursday’s announcement. 9 Jul 21
Tom Hanks is one of the most versatile actors around. To celebrate his 65th birthday…
Entertainment
0