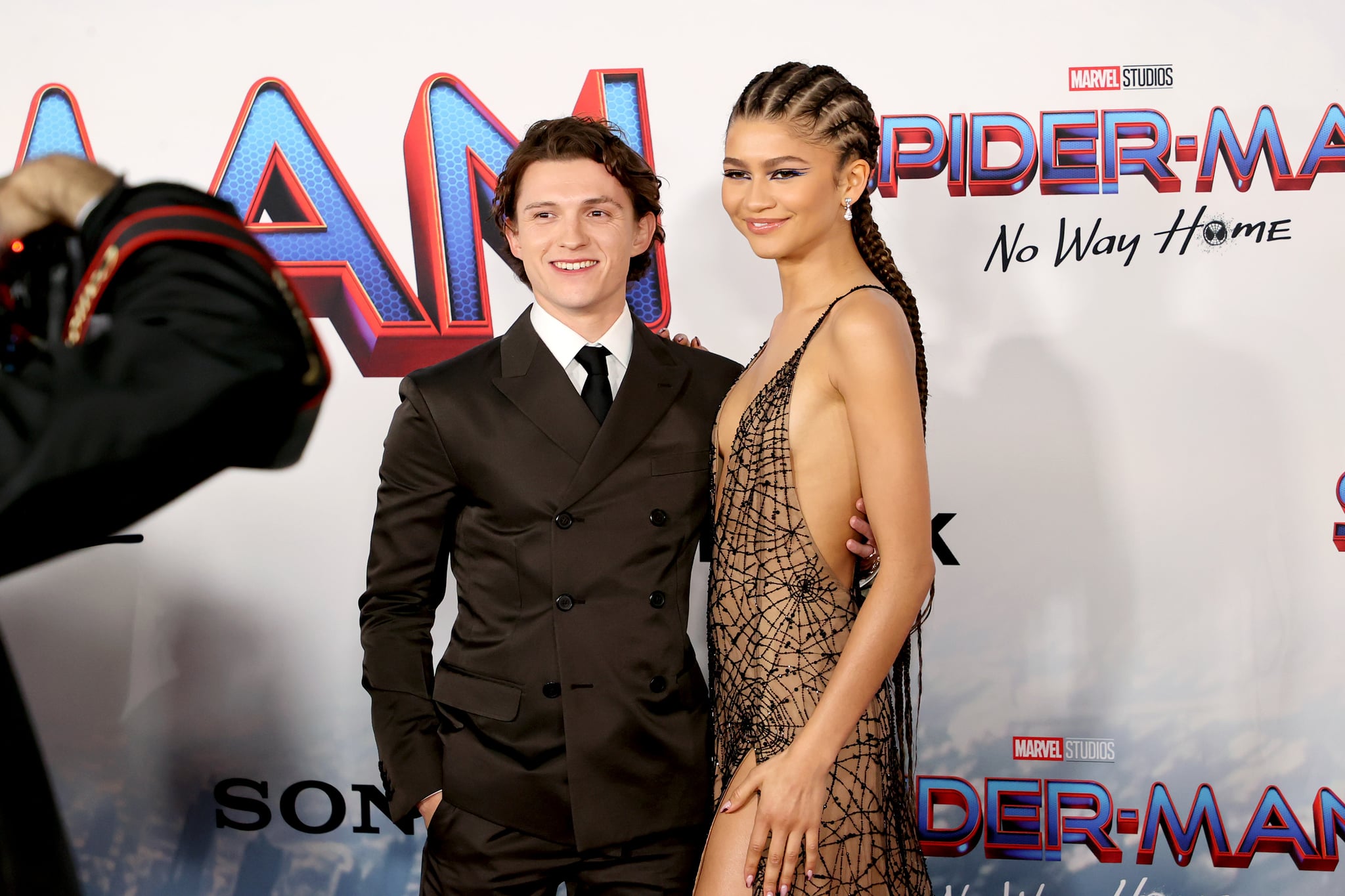 Tom Holland has earned a spot as an honorary Euphoria cast member. Following the season two premiere on Jan. 9, Siyon Foster shared a few behind-the-scenes photos of the cast, and it didn’t take eagle-eyed fans long to spot Holland lurking in the background. If you scroll to slide four, break out a magnifying glass, and squint a little, you’ll see the Spider-Man: No Way Home star throwing up matching peace signs with Zendaya. The photo is admittedly blurry, and almost everyone is tagged except Holland, but we’ve seen enough Spider-Man movies to recognize that curly brown hair anywhere.

Surprised to see Holland hanging out with the cast after he mentioned wanting to cameo on the show in December, fans headed to Twitter to share their excitement. “We love a supportive boyfriend!!” one user wrote, while another added, “tom holland is a euphoria gurl [sic].”

“Listen, I have been petitioning [to be on the show] for a long time and it has not happened yet and I’m very disappointed,” Holland said in a recent IMDb interview. “I must have come to visit Euphoria 30 times this season.” Something tells us Holland isn’t exaggerating, and we can’t wait to see photos from the other 29 times he visited the set. “He supported me through the whole season. You know, we joke about sneaking him into the background and seeing if someone can spot him,” Zendaya told Entertainment Tonight, adding that she and Holland have had further discussions about a potential cameo.

Even if Holland isn’t on the Euphoria casting sheet, we now have photographic evidence that his love and support for Zendaya is unparalleled. Zoom in on their adorable behind-the-scenes cast photo (fourth slide) here. 11 Feb 21
Don’t mess with her! Jackie Goldschneider sat down with Us Weekly to discuss the upcoming…
Entertainment
0