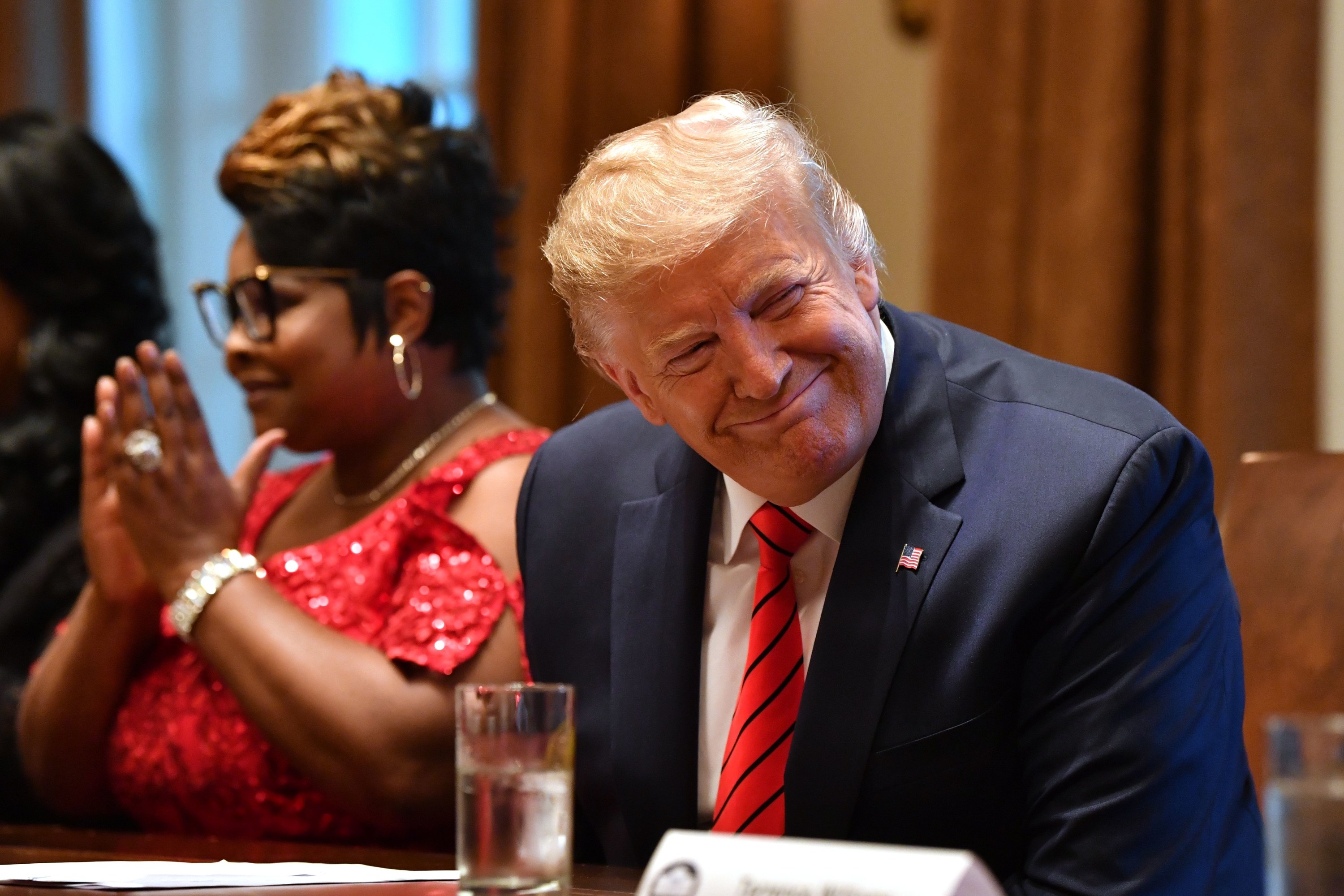 A federal appeals court on Friday ruled that President Donald Trump’s former top White House lawyer, Don McGahn, can avoid testifying before the House of Representatives, giving the president a victory in his efforts to block his senior staff from appearing before lawmakers.

The case had arisen in the context of the Russia probe, with relevance that extended into Trump’s impeachment proceedings, as the president blocked several members of his administration from testifying. But it also raised questions about whether the president enjoys blanket powers to stonewall congressional investigations.

The 2-1 decision, led by judges appointed by Republicans, said the House Judiciary Committee lacked standing to bring the case, arguing the dispute should be worked out by the White House and Congress, not courts. The decision from the US Court of Appeals for Washington, DC, overrules a lower court’s November order against the president and said the case should be dismissed.

A constitutional provision known as Article III that dictates the sort of cases judges can adjudicate, the court wrote, “forbids federal courts from resolving this kind of interbranch information dispute.”

The case had become a closely-watched indicator for larger battles over Trump’s powers with Congress and, looking ahead, decades of future White House maneuvers. In particular, it may establish whether presidents can yoke their aides away from Congress, even if those staffers have intimate knowledge of possible misconduct.

Judge Thomas Griffith, an appointee of former president George W. Bush, wrote the Friday opinion with a concurrence from Judge Karen Henderson, who was appointed by George Bush Sr.

“We express no view on the merits, except to emphasize a crucial aspect of our constitutional design,” the opinion says. “The branches have long resolved their differences through negotiation and compromise.”

Judge Judith Rogers, who was appointed by former Democratic president Bill Clinton, said in a dissent that the majority’s decision may undermine Congress.

“The court removes any incentive for the Executive Branch to engage in the negotiation process seeking accommodation, all but assures future Presidential stonewalling of Congress, and further impairs the House’s ability to perform its constitutional duties,” Rogers said.

At least for now, the decision against House Democrats shuts down attempts to obtain fresh evidence in its investigations of the president and make McGahn, who was the White House general counsel, discuss what he knew about the Russia probe.

It was not immediately clear if the House Judiciary Committee would appeal the decision. But many believe the McGahn case is destined for the Supreme Court.

McGhan had departed the White House in October 2018, well before Trump’s conversations with Ukraine that led to the impeachment inquiry, but as the case rolled ahead, House Democrats insisted his knowledge was relevant to removing the president from office as well.

McGahn’s case is specifically about whether White House staff must appear to testify before Congress, not that they answer every question, because executive privilege allows the president to withhold particularly sensitive information. But Trump’s Justice Department has claimed to possess an exceptionally broad shield, saying top aides like McGahn are “absolutely immune from compelled congressional testimony.”

Justice Department lawyers representing McGahn argued in a Jan. 3 hearing that courts should stay out of the current “political food fight.” But the case animates a rerun of American history that’s never reached a season finale. Many presidents have bristled at calls for their staff to testify before Congress, including the George W. Bush administration unsuccessfully attempting to block former White House counsel Harriet Miers from testifying in 2008. And yet, no federal appeals court has ever set legal precedent by resolving the dispute.

McGahn’s imbroglio began when Democrats who control the House Judiciary Committee sought his testimony in spring 2019 as they investigated elements of the Russia probe by former special counsel Robert Mueller. After the White House repeatedly claimed McGhan was immune, the committee filed suit.

“McGahn’s testimony is critical both to a Senate trial and to the Committee’s ongoing impeachment investigations to determine whether additional Presidential misconduct warrants further action by the Committee,” House Democrats told the circuit court in a December filing. The committee said it has “an urgent need for McGahn’s testimony” to support their second article of impeachment, accusing Trump of obstructing Congress.

“For example,” the Democrats’ filing continued, “if McGahn confirms to the Committee that the President ordered him to fire Special Counsel Mueller — an event that President Trump has publicly disputed — and then tried to cover it up, that testimony would constitute powerful evidence of the pattern of obstructive behavior described in the second Article [of impeachment].”

House Democrats also contended their purpose is legislative, referring to the constitutional right to subpoena officials for lawmaking. They say interviewing McGahn would help them craft policy on election security, campaign finance, use of electronic data, and other conduct described in the Mueller Report.

The Justice Department has consistently said courts must back off from territory strictly reserved for the White House and Congress. In a December filing, administration lawyers said intervention by courts would amount to a “radical distortion of the balance of powers.”

“Rather than allow the political branches to resolve disputes over their institutional prerogatives through the political process as they have done for over two centuries, the Committee envisions a world in which the Legislative Branch may simply file complaint after complaint against the Executive Branch, with the Judicial Branch stuck in the middle of legally and politically fraught battles,” the filing said.

That argument from Trump failed in the same case at a lower court in November, when US District Judge Ketanji Brown Jackson ruled that “absolute immunity from compelled congressional process simply does not exist.” She added that “absolute testimonial immunity for senior-level White House aides appears to be a fiction that has been fastidiously maintained over time” and “has no basis in the law.”

Jackson, who was appointed by former president Barack Obama, also rejected the Trump administration’s claim that judges must butt out of clashes like these between the executive and legislative branches, writing, “A federal court determines that the subpoenaed official does, as a matter of law, have a duty to respond.”

“Stated simply,” she added, “the primary takeaway from the past 250 years of recorded American history is that Presidents are not kings.”

The Trump White House and the Justice Department have invoked the absolute immunity argument to defy subpoenas and requests for testimony before — including from White House senior counselor Kellyanne Conway, former senior adviser Hope Hicks, and former presidential aides Rick Dearborn and Rob Porter. Democrats did not pursue litigation in those cases.

In another closely watched case, House Democrats sought testimony from Charles Kupperman, the president’s former deputy national security adviser, in the impeachment inquiry. Kupperman asked a court to declare whether he had immunity, but a judge dismissed his case as moot in December after Democrats withdrew their subpoena. 11 May 21
Late-night host Jimmy Kimmel called it a “gathering of the simple,” as Republican Reps. Marjorie Taylor Greene…
Entertainment
0 29 Jun 21
Tyler, The Creator wants fans to still remember that he is a rapper and how…
Entertainment
0