Dean Winters opened up about living in constant pain for 12 years after going through three amputations.

“I haven’t taken a step since 2009 without being in pain,” the actor, who has appeared on “30 Rock,” “Rescue Me,” and “Oz,” told Page Six on Tuesday. “I’ve got neuropathy on, you know, on a whole different level where I can’t feel my hands and my feet. But if I stepped on a pebble, it’s like I go through the roof.” 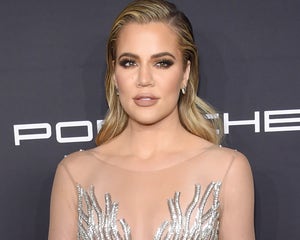 Back in 2009 while living in New York, Winters almost died after contracting a bacterial infection and going into cardiac arrest for two minutes. After paramedics revived him in an ambulance, he would suffer gangrene and undergo multiple operations, including doctors amputating two of his toes and half of his thumb.

He said he eventually figured out how to live with the constant pain.

“It’s a very weird dichotomy. It’s like, it’s very hard to figure out. Nothing you can do about it. I’ve been sucking it up because, you know, the alternative is not a place where I want to be.”

Winters also revealed he almost passed up paying “Mayhem” in the Allstate Insurance commercials because he was hospitalized at the time he was offered the part.

However, the company was “relentless” in getting him to sign on, according to the actor, and he eventually did.

“It’s crazy if you look in the Webster dictionary, the Old English definition of the word ‘mayhem’ is ‘one with amputations,'” Winters said.

“I took the job in hopes that people who hadn’t seen the documentary would just get really angry and just shut these zoos down because there’s no reason anyone should have any of these wild cats in their own possession,” he told the outlet. “It’s just horrible.” 17 Mar 22
Citizen Brick raised $145k for Ukraine. They're yellow and blue, they stick together like nothing…
Lifestyle
0