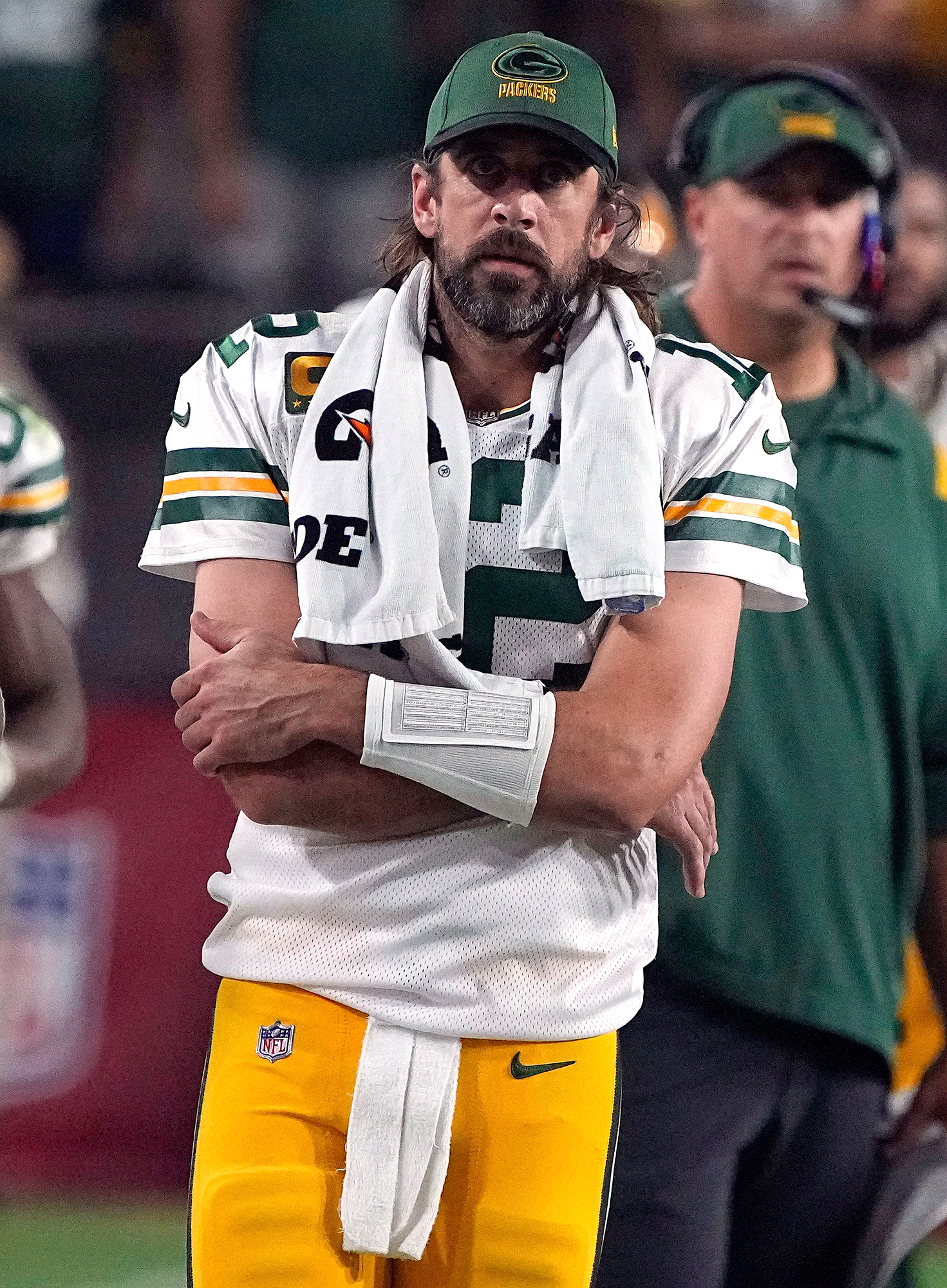 Paying for their mistakes. Aaron Rodgers and the Green Bay Packers will have to pay thousands in fines after the NFL learned he violated many COVID-19 protocols before testing positive.

The quarterback, 37, and wide receiver Allen Lazard were fined $14,650 each for violating the rules. Their team, the Green Bay Packers, will have to pay $300,000 for their missteps.

Unvaccinated players are not allowed to gather outside of a team facility with more than three of their fellow players. Rodgers and Lazard, 25, went to a Halloween party, the New York Times reports.

Athletes who have not had the COVID-19 vaccine are also not allowed to speak with reporters without a mask, a rule Rodgers broke multiple times.

The Green Bay Packers are being charged because the NFL states that the team was aware of Rodgers and Lazard’s protocol violations but never disciplined or reported them.

“We respect the League’s findings and we recognize the importance of adherence to the COVID protocols to keep our team and organization safe and healthy,” Mark Murphy, the Packers’ team president, said in a statement on Tuesday, November 9, after the fines were announced. “We will continue to educate the team regarding the importance of the protocols and remain committed to operating within the protocols.” 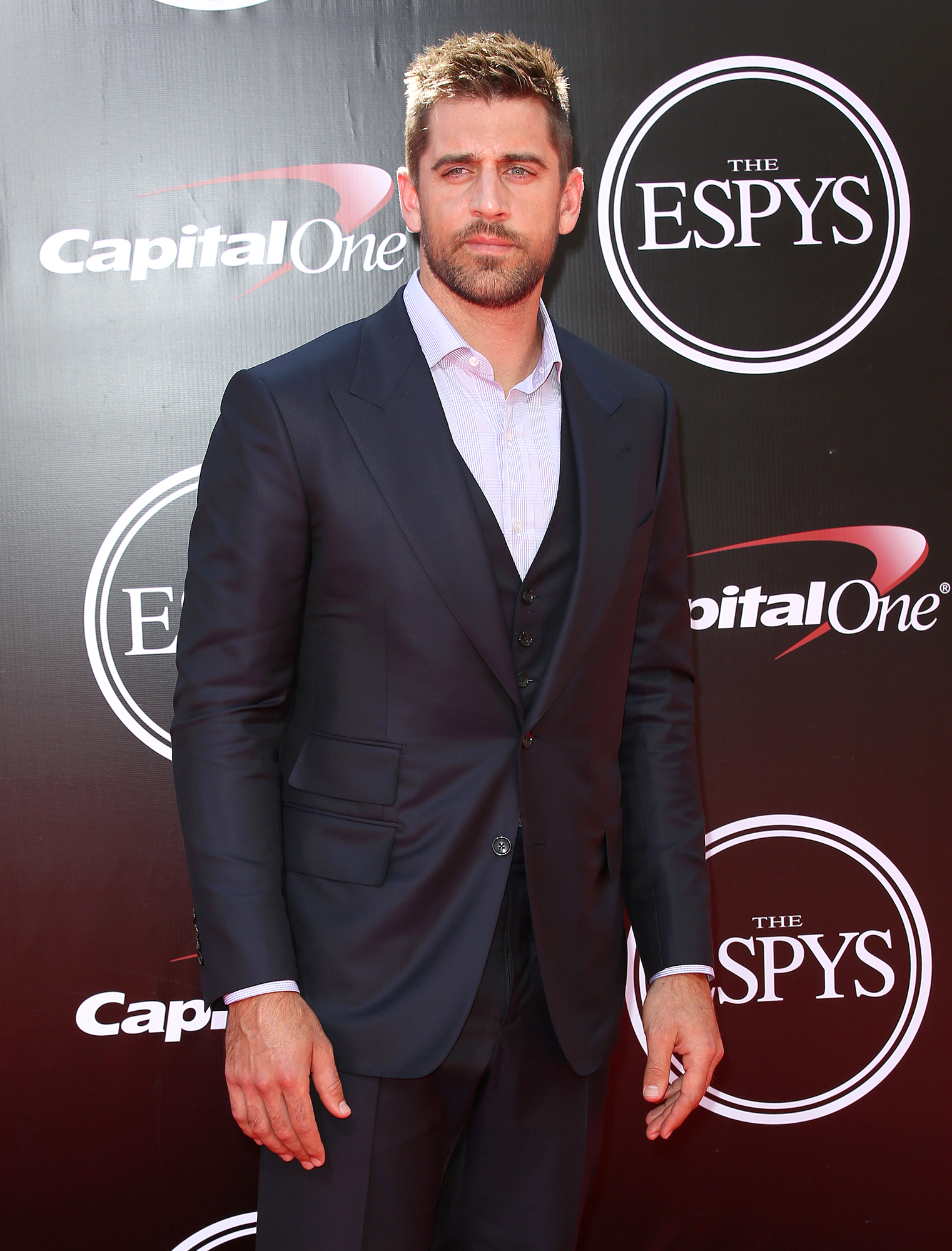 Rodgers tested positive for coronavirus earlier this month, and with the news came several reports that the athlete was unvaccinated. The NFL said they’d investigate the team to see if protocols were violated.

The former Jeopardy! guest host said earlier this year that he was “immunized,” but he has since said that he didn’t take any of the vaccines.

Stars Who Tested Positive for COVID-19

He claimed that he underwent his own methods to “stimulate my immune system to create a defense against COVID” following his personal “research” into the COVID-19 vaccine.

“I didn’t lie in the initial press conference,” the football player claimed on The Pat McAfee Show on November 5. “And at the time my plan was to say I’ve been immunized. It wasn’t some sort of ruse or lie … I found an immunization protocol that could best protect me and my teammates. And it was a long-term protocol that involved multiple months.”

Rodgers also criticized the COVID-19 protocols in his appearance on the Sirius XM show. “Some of the rules are not based in science at all. They’re based purely in trying to out and shame people,” he claimed. “Personal health decisions should be private. The shaming and the outing … Everyone has their own story. This shamming, cancel society, that is wrong.”

The 2020 MVP, who is engaged to Shailene Woodley, said he is allergic to an ingredient in the Pfizer and Moderna vaccines and cited blood clot concerns for his reason for not getting the Johnson and Johnson vaccine. (The J&J shot was briefly pulled due to extremely rare side effects involving blood clots in adult women younger than 50 years old. It was reevaluated and deemed safe.)

Rodgers also stated he worries about vaccine causing fertility issues. The FDA and CDC have both repeatedly stated that there is absolutely no evidence that any of the vaccines cause fertility issues.

The University of California, Berkeley, alum will be cleared to play on Saturday, November 13. He was only barred from playing in the November 7 game against the Kansas City Chiefs, but Rodgers warned that he may have to sit out the next game depending on how fast his body recovers from COVID-19.

“There’s a possibility, but a small possibility [that I won’t play that day],” he shared during a November 9 interview on The Pat McAfee Show. “There’s a health hurdle that I have to [clear] … as far as movement, sweating, getting into it, making sure that my body, especially [my] heart is fine with physical exertion.”

31 Aug 19
Vegans, are you tired of the same old fare bulked up with iceberg lettuce everywhere…
Lifestyle
0