ALDI is scrapping free plastic bags for loose fruit and vegetables and instead charging shoppers 25p for a reusable one.

The discounter has pledged to remove the single-use plastic bags from all 900 stores by the end of the year. 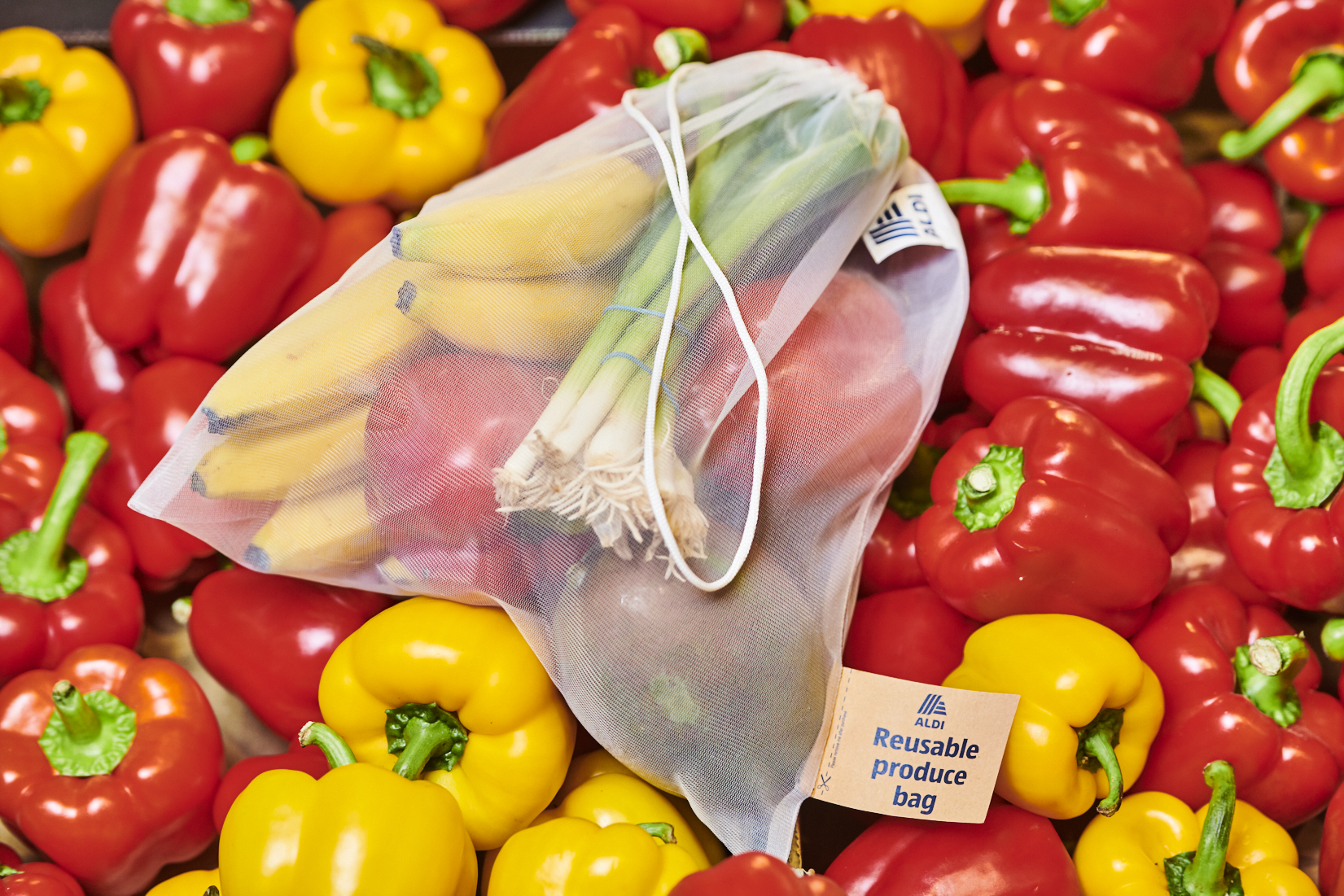 Shoppers who want to put the the loose goods in a bag will have buy a reusable one.

The draw-string knapsacks are made from recycled bottles but customers will be charged a fee if they want one.

They'll also have to remember to bring it every time they shop or else face purchasing a new one.

The decision follows a successful trial in 100 stores across the Midlands earlier this year.

Why have plastic straws been banned?

AROUND 8.5billion plastic straws are thrown away each year, potentially contributing to over 150million tonnes of plastic in the world’s oceans.

Around 10% of cotton buds are flushed down toilets, often ending up in waterways and oceans, the government said.

In 2018 Theresa May urged Commonwealth leaders gathered in London to follow the UK's example with a sweeping ban.

The move also followsnew rules introduced in 2016 ago forcing customers to pay a 5p charge for plastic bags, which drastically reduced the number of bags being used.

In December 2018, Gove put forward plans to increase the 5p charge to 10p and extend the charge to all retailers.

The discounter says the environmentally driven move will save more than 100 tonnes of plastic a year from going to waste.

Aldi has already banned single-use plastic carrier bags, meaning that by 2021 the only plastic bags available to customers will be 10p reusable ones.

But some supermarkets have gone even further to get rid of plastic bags completely.

Morrisons has said it will replace all plastic bags for life with paper ones that cost 30p if its trial in eight stores is successful.

It follows a test in Iceland stores last year that banned all plastic bags, unless customers brought their own.

It previously announced plans for all own-label products recyclable, reusable or compostable by 2022, and branded products sold in stores by 2025.

Chris McKenry, plastics and packaging director at Aldi, said: "We’ve already made good headway with removing and replacing avoidable plastics across our product range, but now it is time to step things up when it comes to bags and providing our customers with sustainable alternatives."

This week, a ban on straws, cotton buds and coffee stirrers in England came into force in a bid to tackle single-use plastic pollution.

The ban was announced in 2018 and was due to come into affect in April this year but was pushed back due to the coronavirus pandemic.

Scotland had already slapped a ban on the products, which too effect from October last year.