ALEX BRUMMER: No one wants a repetition of Trussonomics… Just ignore the doom-mongers, Rishi, and focus on UK growth

There is no escaping the fact that by peacetime standards Britain’s national debt, the accumulation of years of government borrowing, is uncomfortably high.

Yet that is no excuse for a Tory administration to abandon efforts to boost our national productivity and growth.

Unless Rishi Sunak and his Chancellor Jeremy Hunt recognise that high taxes are choking off business investment and denying workers an incentive to work harder, they risk locking the nation into a doom loop of ever-rising taxes as it battles to get the national debt under control.

Hunt has the opportunity to sound a note of optimism when he sets out his vision for the UK economy in a speech at the headquarters of financial data and media giant Bloomberg in the City of London tomorrow. 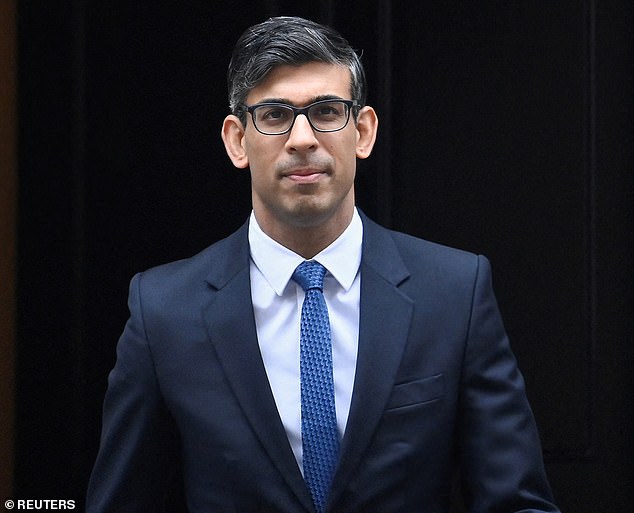 After all, in a largely unheeded section of his Autumn Statement, in which he piled on the agony for business and enterprise by rescinding pledges to cut corporation tax and bought into a Labour-Lib Dem agenda for windfall taxes on the oil and gas industry, Hunt spoke of his goal of making Britain the new ‘Silicon Valley’. But the only way to do that is to pursue a growth agenda.

Plainly, no one wants a repetition of the Trussonomics experiment of September last year. The goals of the tax-cutting mini-Budget were laudable but the execution was amateurish. It offered traders on the financial markets a golden opportunity to bet against the pound and the price of British government stock, triggering a mini-financial crash that forced Liz Truss and Kwasi Kwarteng from office.

But the truth is that Britain’s underlying fiscal situation is infinitely better than most of our competitors, with the exception of Germany. 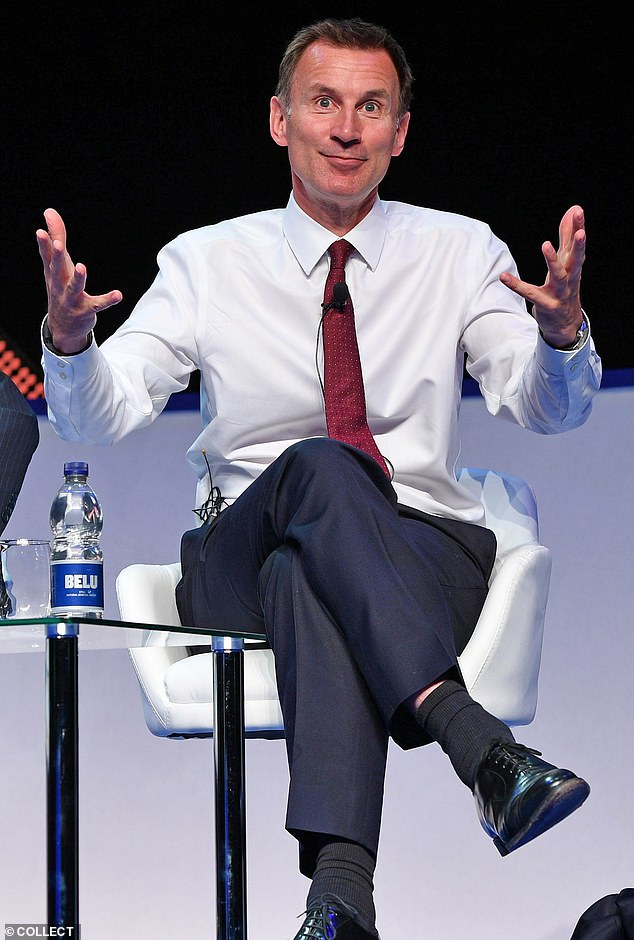 Take the parlous state of the US economy. President Joe Biden’s Treasury Secretary, Janet Yellen, who had the temerity to lecture Kwarteng over unfunded tax cuts, has presided over a spending spree that has taken the federal government to the brink of shutdown.

Last Thursday, it hit its debt ceiling, established by law, of $31.4 trillion (£25.4 trillion) or 122 per cent of the almighty American economy’s total output. That is ten times Britain’s debt of £2.5 trillion, or 87 per cent of the nation’s output, according to the International Monetary Fund.

Meanwhile, France is in the crosshairs of the IMF thanks to a debt level which has surged to 112 per cent of GDP.

Despite this, Sunak and Hunt have bought into the narrative that Britain is some kind of budgetary pariah, with no room to manoeuvre on taxes. This is a canard that should be banished from public discourse as quickly as possible.

As a nation, we have an honourable record of regularly taking the temperature of the country through regular data drops and surveys. The difficulty is that these can be greatly misleading.

For example, look at this week’s public finance figures, which the Financial Times reported under the headline: ‘Borrowing in December doubles to a record.’

On the face of it, this is a development that is alarming in the extreme. But drilling down into the figures reveals a very different story. Borrowing represents the difference between two very big numbers: what the Government spends in any one month and what it collects in taxes and other charges. But the statistics are distorted by substantial one-offs.

For December, the figures were distorted by the ‘energy price guarantee’, with payouts and subsidies to help households and companies cope with spiralling fuel bills accounting for £6.7 billion.

The much-touted interest rate bill of £17.3 billion on the national debt is also misleading. It is based on high interest charges, which are likely to fall sharply as inflation subsides this year and next.

In other words, the budgetary crisis is much less severe than portrayed. And that leaves room for the judicious tax cuts the economy so desperately needs if we are to grow our way out of our current troubles. 30 Jun 21
As many U.S. states continue to relax COVID-19 protocols, concerns are growing about the more…
Lifestyle
0