ALEXANDRA SHULMAN: A hacker stole my ID… but all Google care about is his rights

I was leaving a friend’s house when I received the first message, a voicemail from a photographer I hadn’t spoken to in months saying they gathered I was trying to get in touch. I hadn’t been.

A few hours later, an American magazine editor I scarcely knew phoned me as I was cooking dinner, with the same message. What could he help me with? The next day, I was contacted by many of the most high-profile names in fashion, media and film. Yup. I’d been the victim of email identity theft.

It would have been hilarious if it weren’t so creepy and inconvenient. The fraudster had been enjoying themselves impersonating me on a Gmail account I didn’t remember I even had, contacting people with individually crafted requests, many intended to make me look an idiot. 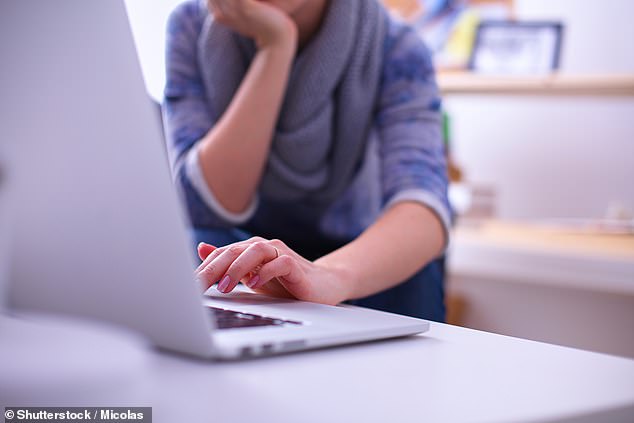 The fraudster had been enjoying themselves impersonating me on a Gmail account I didn’t remember I even had, contacting people with individually crafted requests (file picture)

Some had me touting for work – one suggested a gig on YouTube interviewing ‘fashion luminaries’ (by the way, a term that makes me gag), another had me hoping to apply for the editorship of a French magazine. Several asked for personal phone numbers.

Another had me offering a photographer $200,000 for portraits of Saudi princes. And in possibly the most bizarre instance, I supposedly requested a photoshoot with a famous Brazilian drag queen for British Vogue, a magazine I haven’t edited in two years.

By the time an ex-assistant of mine was approached, rather than a famous name, I began to consider this may not be some 16-year-old in Belarus getting a kick out of contacting celebrities, but possibly someone with inside knowledge of my life. Which was even more disturbing.

Of course, I tried to shut the account down but I hadn’t used it in over a decade and had no idea how to get into it. The process of attempting to discover how I could do that was wildly frustrating and sent me down a mind-numbing Kafkaesque path that ended in failure and despair. Finally, I pulled some strings and managed to get myself into the account and, I hope, the imposter shut out.

Having your email stolen is extremely unpleasant but I was relatively lucky. I didn’t have my contacts list attached to the account (so the fraudster had to do their own dirty work finding out people’s email addresses).

As far as I know, no money has been stolen. No violence was threatened. But the idea of somebody trying to get inside my head, to infiltrate my life and spend hours working out how to cause trouble to me and the people they think I might know, is distressing. 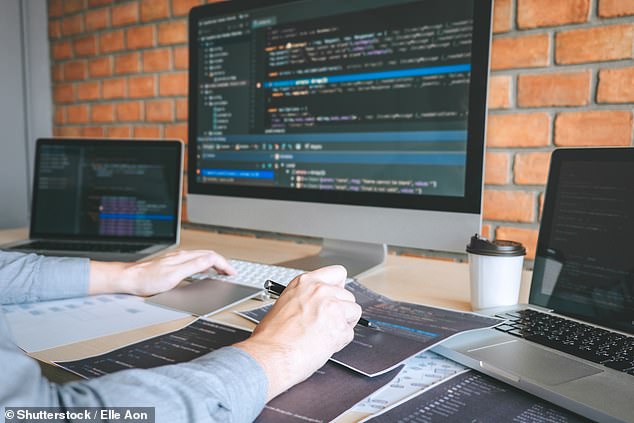 I tried to shut the account down but I hadn’t used it in over a decade and had no idea how to get into it. I was relatively lucky. I didn’t have my contacts list attached (file picture)

Of course, I am not alone in this occurrence. Many people have their email compromised – my hacker just targeted a starrier list of names than most. Yet dealing with the fallout is ludicrously complex.

Despite owning an account, the activities that take place on it are not your property. Obviously I wanted to see who had been contacted but even though I could access the account and see who was replying, the sent messages had been deleted and I was allowed no access to them without using a lawyer.

While I was able to discover a certain amount of information about the scammer (for example, where some of the emails were sent from – a suburb of Athens), the only way Google would release their identity would be through a court order.

In cities where the temperatures frequently soar, people know how to dress stylishly.

Think of the men in an Italian piazza sitting under trees in short-sleeved shirts, cotton trousers and flat caps, the women in elegant tailored linen or crisp cotton.

They would never consider going about their business half-naked. And they know that in extreme heat, you cover up, not strip down.

But we, as the mercury rises, think the solution is to remove as many clothes as possible, turning the streets into an endless building site peopled with a sweaty parade of naked flesh.

The anthropologist Mary Douglas defined dirt as ‘matter out of place’. The same might be applied to bare skin.

Fine on the beach, not so good on the Tube.

Nowadays, a huge part of our lives is lived via email. We rely on it to communicate personally, administratively and professionally. What we write is, to a large extent, who we are.

Yet when a fraudster appropriates an account in our name and sends out messages that might cause real reputational damage or emotional distress, we’re shut out of any information that might help discover the extent of the damage or who the perpetrator might be.

60… age of happiness and rocking parties

Having been to two hugely enjoyable 60th birthday parties last week, I can guarantee that 60 is not the new 40 or any other silly age-busting slogan. No 60 is 60, the cumulation of a life lived for every single one of those years. Both parties had at their core a genuine appreciation of what that life had provided, particularly when it came to family and friends. As the husband at one said in his speech: ‘We used to think it wasn’t important to celebrate milestones but now we’ve changed our minds.’

Forty is quite different. At that point, many of us are still focused on what else we might achieve: a bigger house, one more child, a better job, a heftier salary. It’s sometimes hard to value what you already have when you have a sneaking feeling that you might be able to get hold of a whole lot more.

By 60, you no longer think in those terms. An acquaintance told me of a conversation with a younger woman who enquired about her life. ‘I’m having a great time. This is as good as it gets,’ was her verdict.

‘That sounds depressing,’ her young friend replied, horrified by this acceptance of one’s lot and mistaking counting her blessings for downbeat resignation. But contentment is one of the bonus points of age. That and the fact you can still put on a rocking birthday bash. 30 Nov 22
The Red Sea Film Festival and Variety will be partners on two new awards: the…
Lifestyle
0