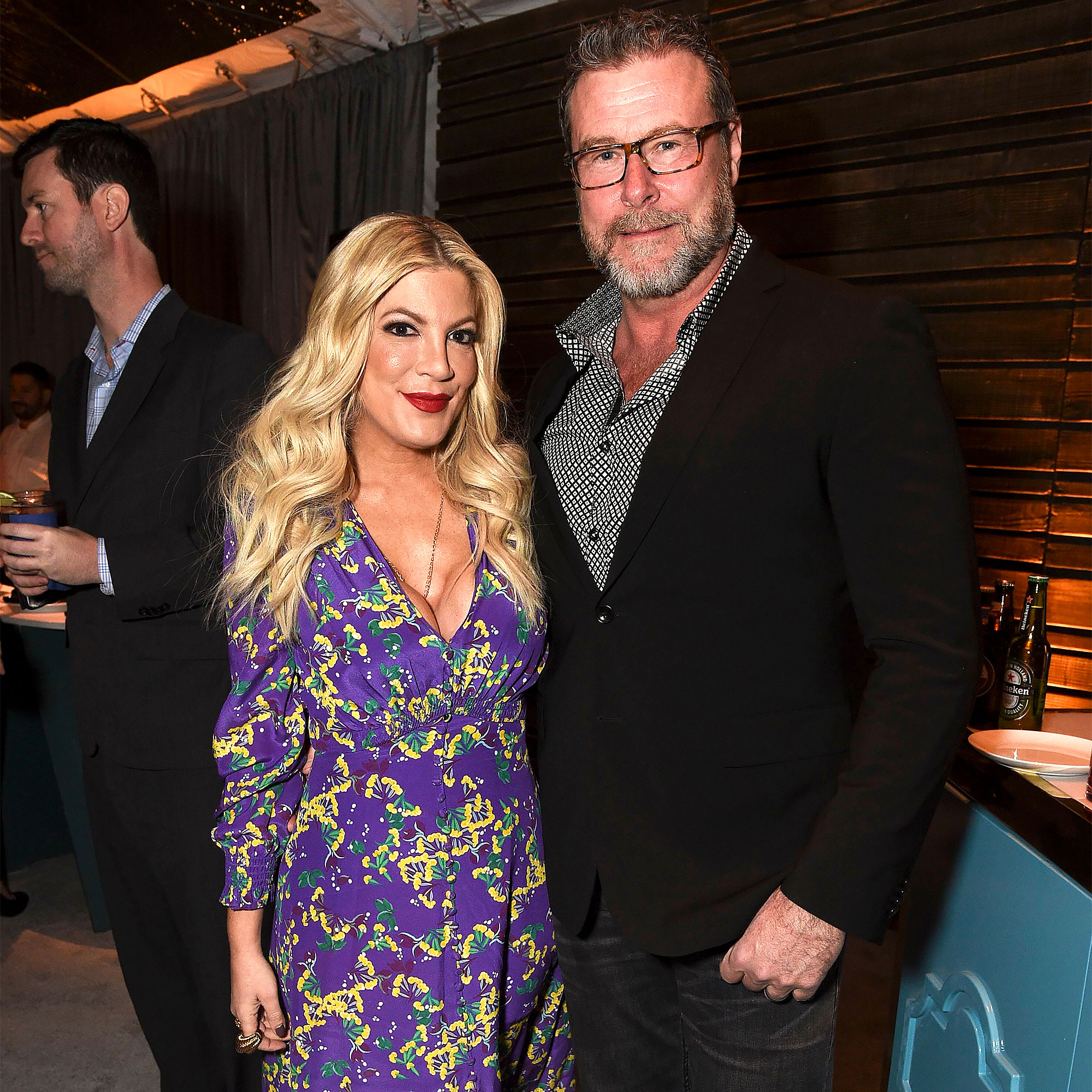 There for each another! After Tori Spelling fueled split rumors, Dean McDermott took to social media to show some support for his wife’s good news.

From Cheating Scandals to Clapbacks: Tori Spelling and Dean McDermott’s Ups and Downs

“There’s a new co-host in town…” Spelling, 48, captioned a photo of herself via Instagram on Monday, August 16. “Super excited to be co-hosting @edailypop today and tomorrow with the amazing @morganstewart & @justinasylvester {talking feuds, fear of flying, IG ex scrubbing, and back to school deals and financial tips 🙋🏼‍♀️} only on @eentertainment.”

The pair, who tied the knot in 2006, have recently sparked split speculation among fans after the Beverly Hills, 90210 alum mentioned they weren’t sleeping in the same bed anymore.

“Right now, my kids and dogs sleep in my bed,” Spelling told Jeff Lewis during an appearance on his radio show in June, adding that McDermott had been sleeping in a different room.

The Stori Telling author noted that the change happened after the Chopped Canada host took a trip for work.

“Since he left — this is not good, you guys — but since he left [and] he was gone for six months filming in another country, they all stayed with me,” she clarified at the time. “So I currently still have four in the bedroom with me who have yet to go back to their rooms, yes.”

Celebrity Couples Who Stayed Together After Cheating Scandals

The Canada native, who shares share sons Liam, 14, Finn, 8, and Beau, 4, and daughters Stella, 13, and Hattie, 9, with the California native, recently hit back on social media after being questioned about his family.

When several fans asked “Where’s Tori?” in response to the Slasher actor sharing a photo of himself at a baseball game in July, McDermott replied, “Has it ever occurred to all you people commenting ‘where’s your wife and kids’ that they’re not into baseball????”

Since Spelling’s revelation about the pair having different beds, a source told Us Weekly that there were ups and downs in the duo’s relationship.

“Tori and Dean have been having major issues for over a year now,” the insider noted in June. “The fact that she’s talking about sleeping in separate beds is very telling, she wouldn’t do that unless things were really not great between them.”

The source also shared that their kids are now at an age where they can find stories about their parents online, which Spelling was aware of when she commented on her marriage.

“Tori knows her kids see what she says online, so for her to say something publicly means the end could be very near,” the insider told Us.

4 Dec 21
Horoscopes: Expert offers advice to This Morning callersWe use your sign-up to provide content in…
Lifestyle
0

3 Oct 20
Henry Bergh was born in 1813, the son of a wealthy shipbuilder with a thriving…
Lifestyle
0