A gynaecologist has stated that women should not receive paid menstrual leave because it could set women back decades in terms of career progression and professional responsibility.

Annie, from the US, is an Obstetrician-Gynaecologist (OB-GYN) who debunks reproductive and other women’s health myths on her TikTok account.

She recently revealed why she thought it was a ‘terrible idea’ that governments around the world mandate paid menstrual leave for women.

But she’s not alone, with many Australians agreeing ‘a legislative entitlement for paid menstrual leave is a step away from achieving gender equality in the workplace’. 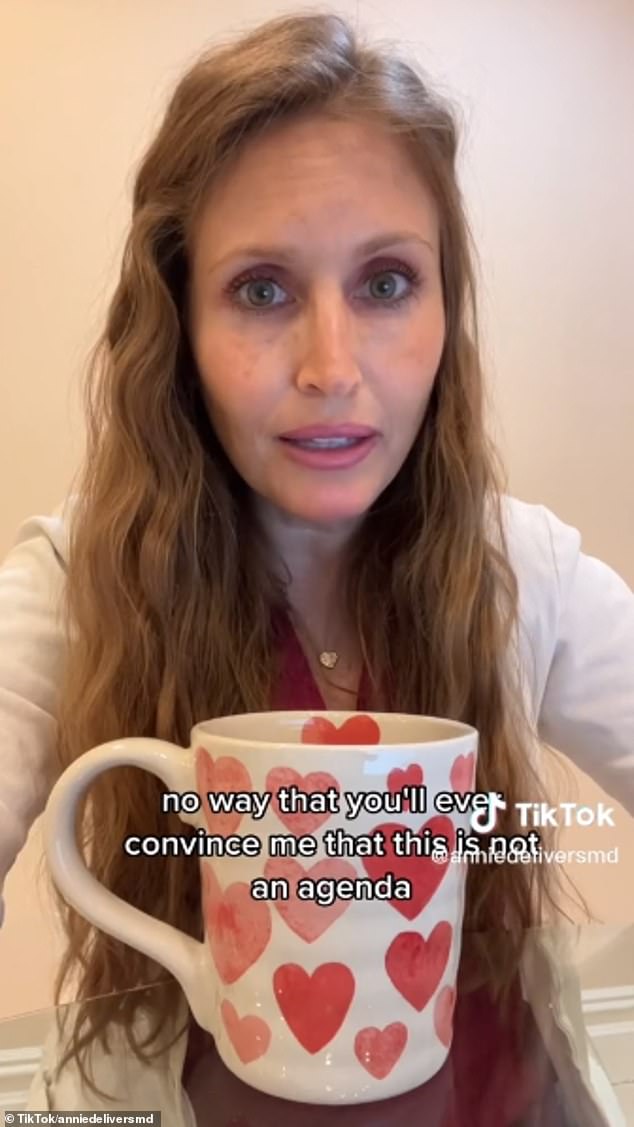 Countries like Spain, Indonesia, and Zambia have already implemented paid period leave of up to three days a month.

But Dr Annie believes that whoever is pushing this agenda ‘hates women and wants to hold them back’.

‘As an OB-GYN, I can tell you that there are definitely women who, on a monthly basis, need to stay home from work,’ she said in her video. ‘They have severe cramps, heavy bleeding, and they’re debilitated to the point where they need to be at home.’

And while those women should be able to take off work like any other sick person would, pushing an agenda suggesting that every woman should be permitted to take three days off out of every month is just a setback for women.

‘What do you think happens when a surgeon operates? Do you think she can take off work because she has severe cramps every single month?’ she asked.

She also revealed that getting her period has caused her severe stress during her job in the past.

‘I, like any other female surgeon who operated during their childbearing years, can tell you that at some point in their career they operated and they got their period during or before that surgery and had severe cramps or heavy bleeding,’ she recounted.

‘We would go home to change – but we have to come right back to work.’

A proposed policy from five unions would give employees one day a month or 12 days a year of paid leave if they suffer painful periods or menopause symptoms.

They say the policy would ‘allow women can take care of their health in a way that they haven’t been able to before’.

Although there is no government legislation on menstrual and menopause leave, a number of companies in the private sector have implemented their own policies.

None of the major political parties have announced a policy in this space.

She went on to outline how such a mandate could prevent women from rising in the ranks at their jobs.

‘How about the president? You think a president can take off three extra days out of every month?’

‘This agenda is saying that women should work eleven months as opposed to their male colleagues – who will work a full twelve months.’

‘How do you convince any employer that a woman should be promoted when she’s worked a full month less than her male colleague – or her female colleague who doesn’t take off from work?’ Annie, from the US, is an Obstetrician-Gynaecologist (OB-GYN) who often debunks reproductive and other women’s health myths on her popular TikTok account

Many commenters agreed with Annie’s position.

‘There’s no way I want my job knowing my cycle,’ one woman said.

‘It would stigmatise women’s issues further. We should just have stronger sick leave policies and advocate for women’s healthcare,’ added another.

But others did not see the merit in her argument.

‘So, the people who do have debilitating paid should just suck it up? Are we discriminating on medical issues now?’

‘This argument could be applied to maternity leave,’ said another. ‘Let’s scrap that too so that women can work the same hours, days, and months as men.’ 31 May 22
More On: the hamptons Scott Disick spends Memorial Day Weekend with his kids in the…
Lifestyle
0