What makes Boris Johnson tick? And why does he want (so badly) to become Prime Minister? These are questions that should concern all of us, since he is the clear favourite to win the battle with Jeremy Hunt to become leader of the Conservative party and, therefore, of the country as a whole.

According to a woman who knows him intimately — his long-time former mistress, Petronella Wyatt — what drives him (apart from colossal competitiveness and overarching ambition) is the desire to be loved.

As she observed in 2016, the fateful year of the Brexit referendum: ‘There is an element of Boris that wants to be Prime Minister because the love of his family and Tory voters is not enough. 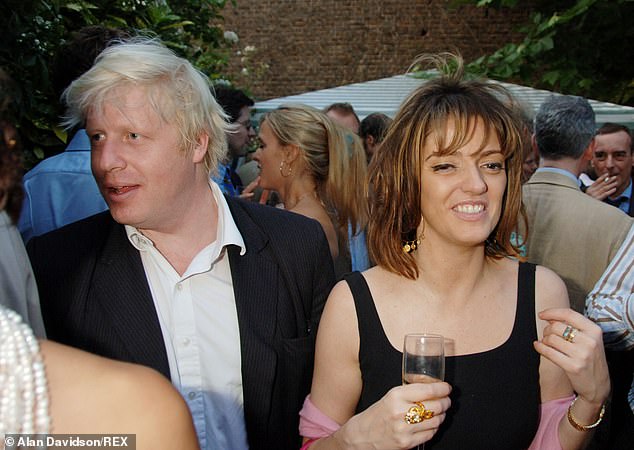 ‘He wants to be loved by the entire world. He would send himself into space if only to find new planets whose inhabitants would love him, too.’

The corollary is that such a person fears, to an extraordinary degree, being hated. And this, too, Ms Wyatt had spotted, recalling how he would do almost anything ‘rather than utter a word that would involve him in an unpleasant confrontation’.

She also said he would be remarkably easily upset if she told him that ‘so and so dislikes you’.

His latest public embarrassment — the fact that the details of a blazing row with his 31-year-old lover Carrie Symonds have been made available for all the world to know — is a direct result of the fact that he is, now, hated. Or, to be precise, hated because of his starring role in the campaign to get the UK out of the European Union.

It turns out that one of the couple who live in the subdivided house which also contains Ms Symonds’ flat had — in that neighbour’s words — ‘given Boris the finger’ when she first encountered him on the communal landing. And the other half of that couple had on Facebook declared Brexit to be ‘racist’.

It was this couple which had not only called the police when they heard the screaming of Carrie Symonds (in itself a responsible neighbourly action) but then, after the police had established that no one had been hurt in any way, sent a mobile phone recording of the row to the Guardian newspaper.

This was not the act of good neighbours, but of people who wanted to destroy, or at least humiliate, Boris Johnson.

It is not the first time that Johnson’s role in the Brexit campaign has brought the hatred of his neighbours upon him. On the morning after the (unexpected) result, he left his home in the overwhelmingly pro-Remain London enclave of Islington to be confronted by a furious crowd.

It came as a real shock to Johnson. It shook him. I was talking about this incident to a good friend of Boris — who has known him since school — last week. He told me with all the emphasis that repetition can achieve: ‘Boris was really, really, really upset by it.’ 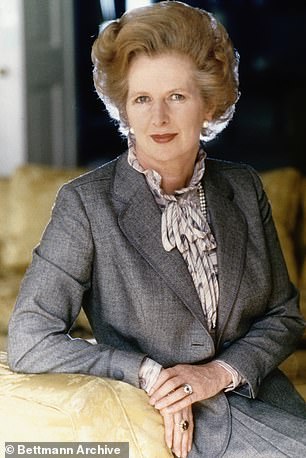 I believe that this was, as much as anything, behind Johnson’s decision to abandon his candidacy to succeed David Cameron, in the week his fellow Old Etonian had announced he was standing down.

It is repeatedly written, especially by Boris’s fans, that he had abandoned his challenge purely because Michael Gove had ‘stabbed him in the back’ — when that brilliant Scot quit Johnson’s campaign team and announced his own candidacy, saying he had concluded Boris was not up to the job of Prime Minister.

But the fact is that Johnson was in no way obliged to throw in the towel — as was clear from the amazed and appalled looks on the faces of his supporters in the Parliamentary Conservative Party as they gathered to hear what they thought would be Boris’s leadership campaign launch speech, and instead were shocked to hear him say he was pulling out.

(Gove’s taunt to Johnson at the launch of his own candidacy to succeed Theresa May — ‘Whatever you do, Boris, don’t pull out’ — was a calculated reminder to Conservative MPs in the Johnson camp of how their hero had abandoned them three years ago).

My point is that it was the sudden wave of vitriol and public enmity — directed at him personally in the wake of the Leave campaign’s unexpected victory — which had shaken Johnson’s confidence and appetite for the fight to seize the highest office. There had also been a moment during the referendum campaign itself when Johnson had seemed to lose the stomach for the fight. I was told by one of Vote Leave’s organisers that Boris had gone into ‘a complete funk’ after the dreadful assassination of the Labour MP Jo Cox, a Remain supporter, in the final week of the campaign.

It was with some difficulty that the Vote Leave chair, Gisela Stuart — a Labour MP who actually knew Cox well — persuaded her star turn to get out on the streets to lead the final push to victory.

It wasn’t that Boris was physically afraid of being bumped off himself, of course, so much as fear of facing those who might blame him for the circumstances leading up to Cox’s murder, and the vitriol and hatred he might encounter on that score.

Anyway, he got back on the road, which was the right, and brave, thing to do. But it’s still worth examining this general aspect of Boris’s character, especially as many of the 160,000 or so Conservative party members who will decide the outcome of this campaign for the keys to Number 10 seem to see Johnson as the nearest available thing to their eternally favourite leader: Margaret Thatcher.

It’s true that both are blondes and both have huge personalities. But in one essential way they are opposites — as we were reminded by the recent, superb, BBC1 series on Margaret Thatcher. Specifically, it reminded us that she never shirked confrontation, and was to an extraordinary degree energised and fuelled by the hatred directed at her by enemies such as the Marxist leader of the National Union of Mineworkers, Arthur Scargill.

It wasn’t that Thatcher actually enjoyed being hated — she had normal human feelings — but she understood it was impossible to achieve difficult political objectives without making enemies. And unlike Johnson, her overriding desire was not to be loved, but respected (and respected for doing the right thing, whatever the intensity of incoming fire).

This is not to deny the political advantages of Johnson’s hunger to be loved. His desire to charm and amuse people, and a sort of genius for how to go about it, has — up until now — made him more popular than any other Conservative politician.

He has something of the high testosterone star-dust of the former U.S. president Bill Clinton — known as The Great Seducer, and who, like Johnson, also had ‘a zipper problem’.

But Clinton also had the political virtue of great attention to detail in matters of policy. He was wont to tussle over every facet of legislative programmes into the early hours, exhausting his advisors.

That is not Boris Johnson. He is a superb campaigner, but the delegator par excellence when it comes to the actual business of governing (as he demonstrated when mayor of London).

It was Jeremy Hunt, when culture, media and sports secretary, who did the strategic planning for the London Olympics, while Johnson stole the show with fizzing speeches and escapades on a zip-wire with Union Jacks.

Now Hunt — who succeeded Johnson as Foreign Secretary — is the final hurdle over which Boris must leap to achieve his long-held ambition to become Prime Minister.

Despite the humiliation of seeing his fracas with Carrie Symonds plastered all over the front pages of every national newspaper, Johnson remains the undisputed favourite to win the majority support of Conservative party members.

But Hunt’s determination to make ‘character’ the issue might make the contest increasingly painful for Boris, who is, behind the bluster, a sensitive soul.

I don’t believe he’ll ‘pull out’ again: but his supporters are right to be worried that he might.