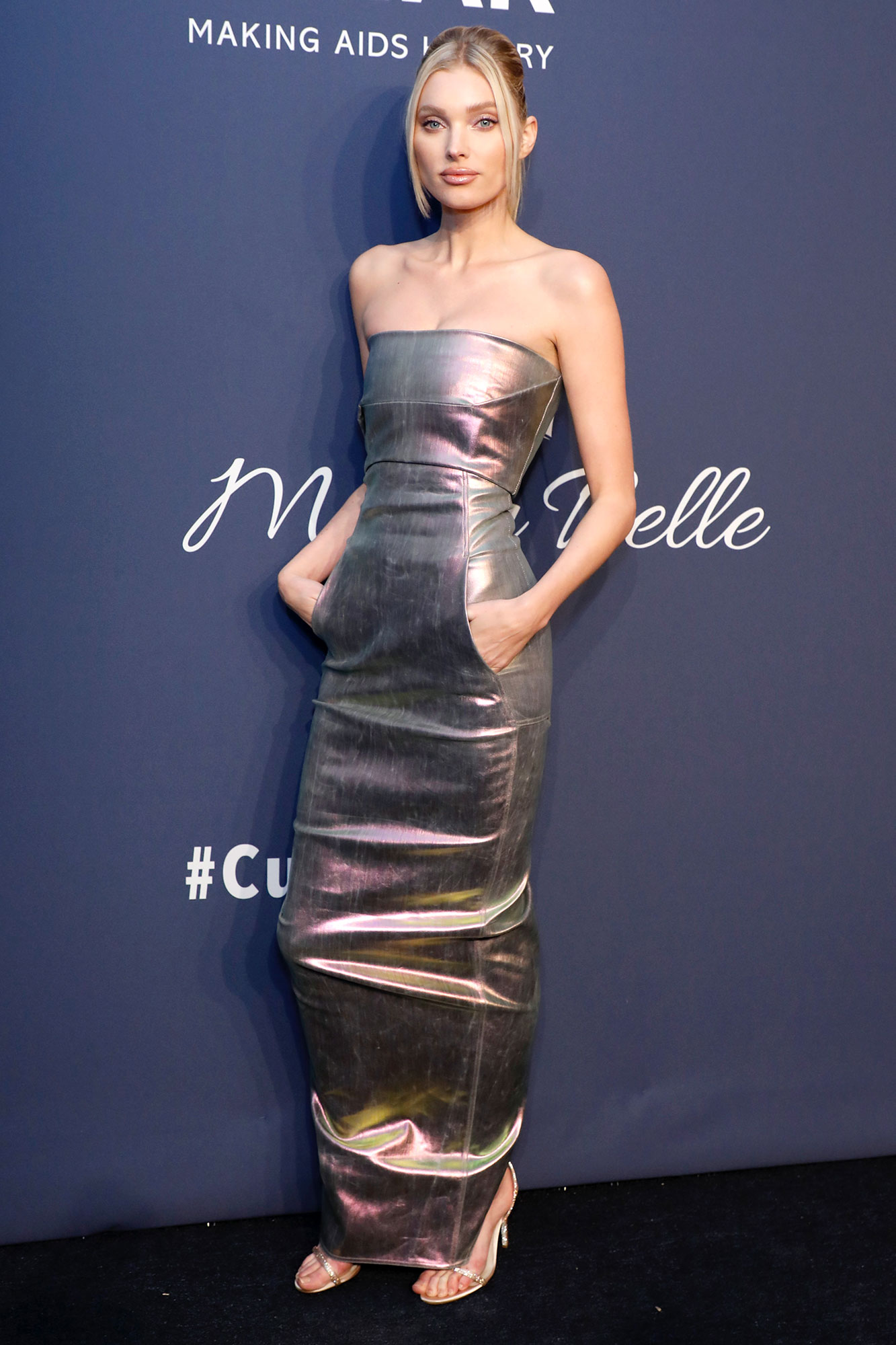 Baring all! Elsa Hosk clapped back at haters after posting Instagram photos of herself nude with daughter Tuulikki.

Moms Clap Back at the Parenting Police

“Let me tell you about the city where I fell in love with your dad,” the Victoria’s Secret Angel, 32, captioned a Wednesday, September 14, slideshow. The Sweden native stood in front of her window while holding her 7-month-old in the mother-daughter shots.

When an Instagram troll told Hosk that they had “reported” the social media upload for the little one’s safety, she defended the shots. 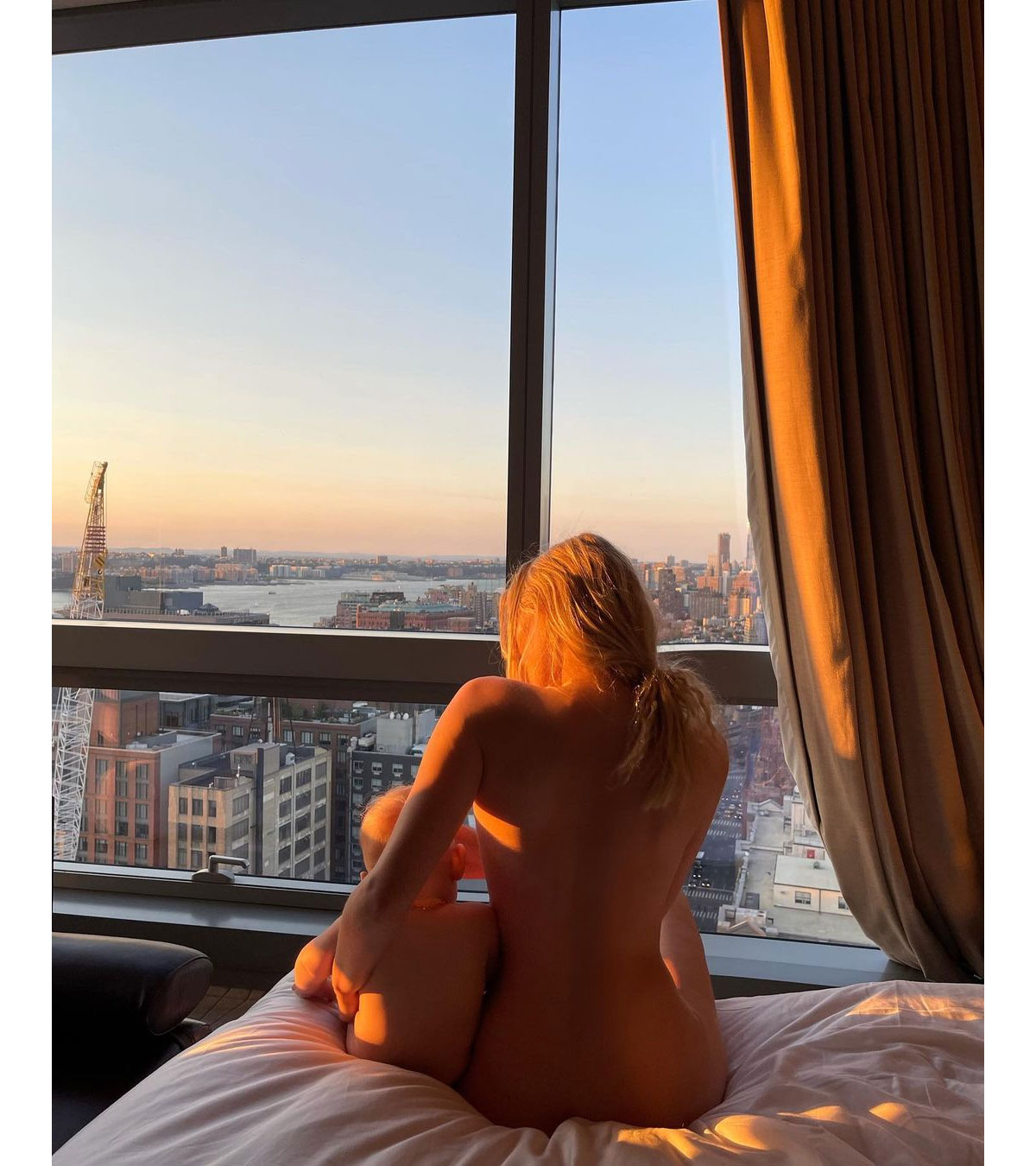 Hosk called “being naked with [her] baby the most beautiful” thing, gushing, “Skin to skin … creates hormones that help both of us to connect and have a stronger bond. How beautiful is that? … Don’t worry about the safety of my baby, she is right where she belongs, literally in my naked arms.”

The former professional basketball player went on to reflect on her childhood in Sweden, noting that she was naked often — “at beaches, at home, in public.” 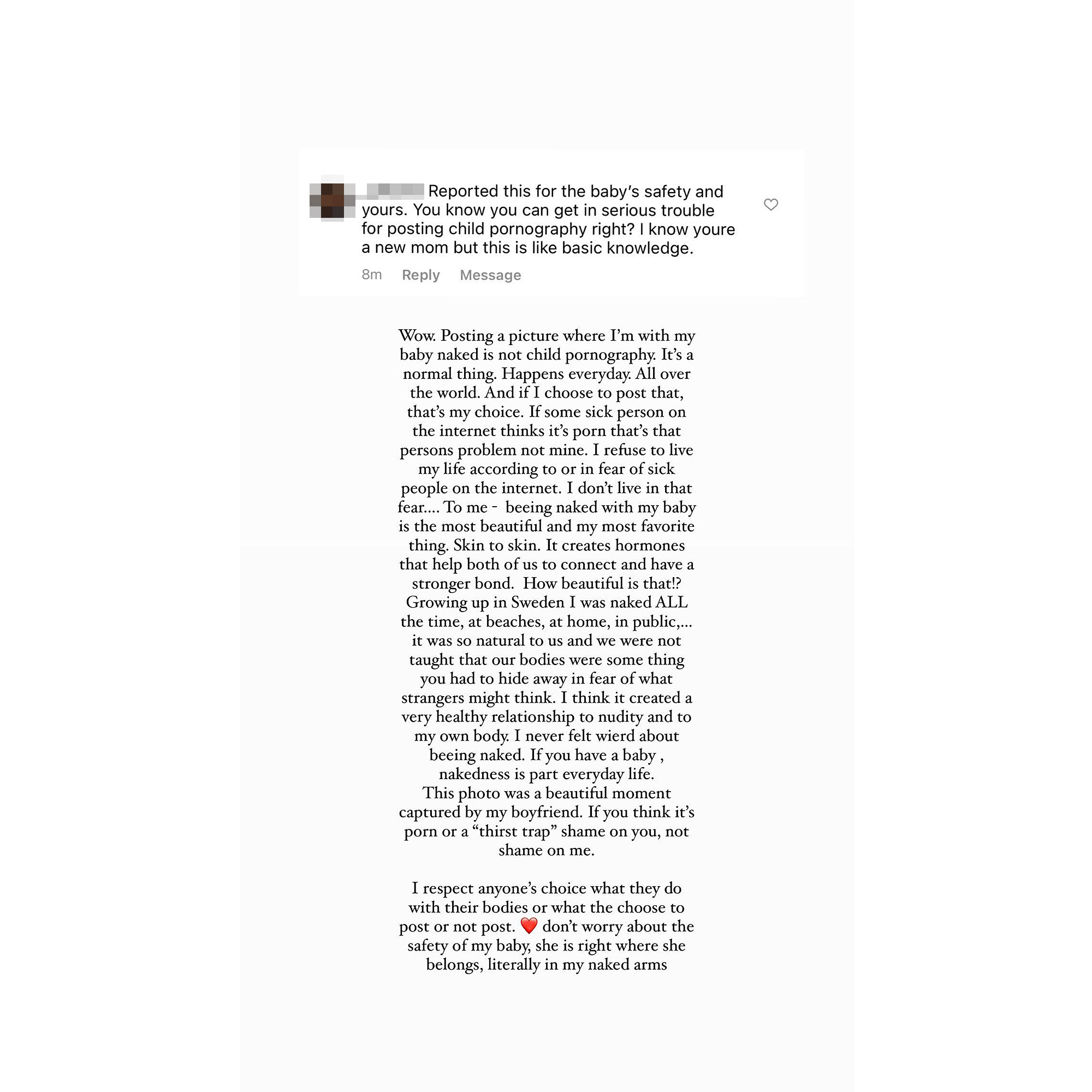 Hosk concluded, “It was so natural to us, and we were not taught that our bodies were something you had to hide away in fear of what strangers might think. I think it created a very healthy relationship to nudity and to my own body. I never felt weird about being naked.”

She and her boyfriend, Tom Daly, welcomed Tuulikki in February, five months after their pregnancy reveal. 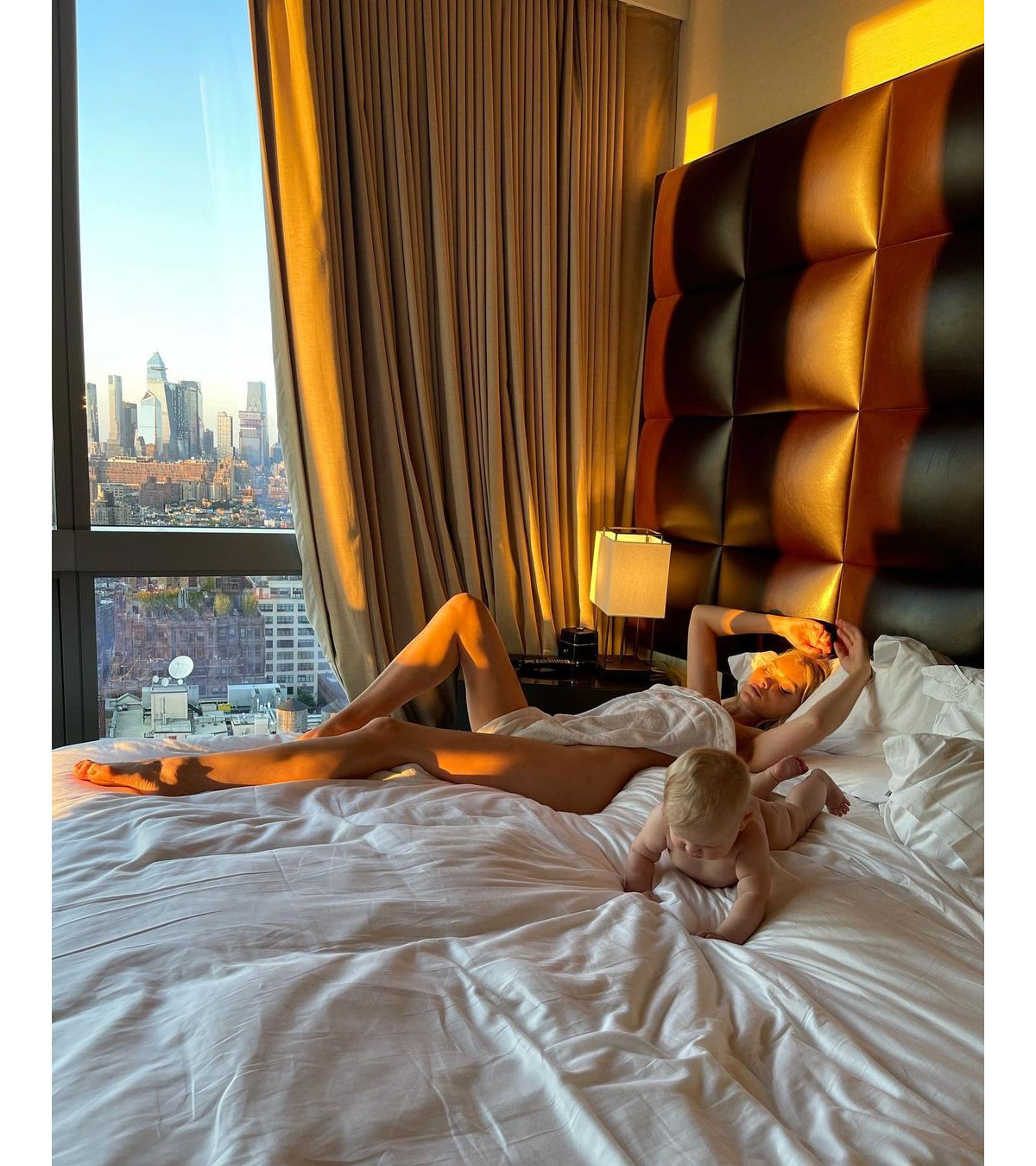 In March, the new mom slammed haters after posting photos nursing her baby girl. “Find it interesting the amount of DMs I get from men who get offended when you post a photo breast-feeding. Like, why is the most natural thing so offending to you?” she wrote via Instagram at the time. “Breasts literally excists [sic] so we can feed our children.”

6 Jun 20
Economically speaking, young people have had it tough over the past few years – what…
Lifestyle
0