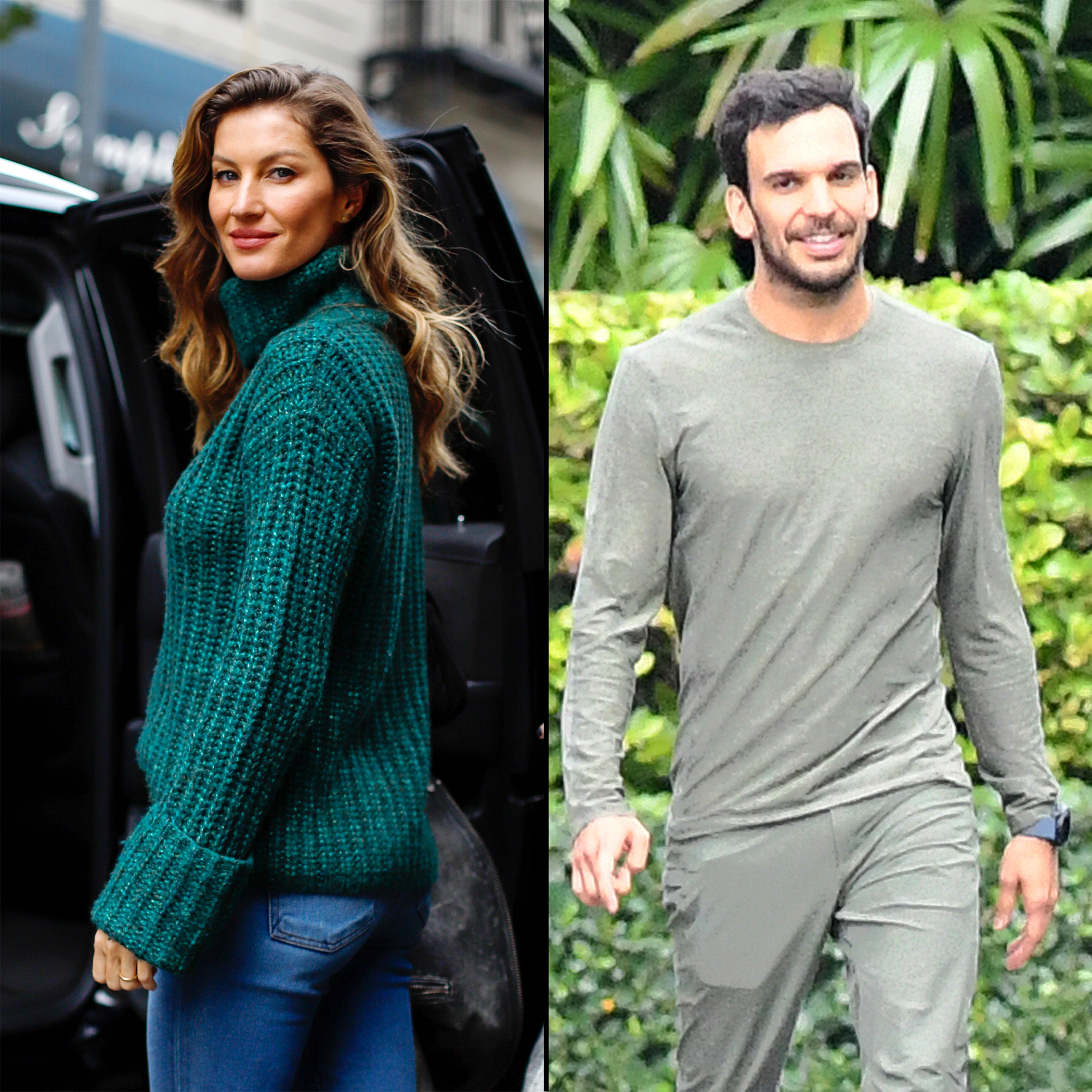 Working on their fitness! Gisele Bündchen and Joaquim Valente were once again spotted together in Costa Rica two months after their initial outing.

The supermodel, 42, and the Jiu-Jitsu instructor were photographed on a run together per images published by the Daily Mail on Tuesday, January 17. Bündchen sported a green workout top and black shorts while Valente opted for a gray T-shirt as the pair jogged alongside one another.

The pair were seen together for the first time in November 2022, one month after the Brazil native’s split from ex-husband Tom Brady. At the time, Bündchen and Valente enjoyed a meal in Costa Rica with her two children — Benjamin, 13, and Vivian, 10 — whom she shares with the NFL player, 45. (Brady is also father of son Jack, 15, with ex Bridget Moynahan.) Days later, the duo once again dined with Bündchen’s kids. Valente’s brother, Jordan, also joined them.

After Bündchen and Valente’s inaugural outing made headlines, a source exclusively told Us Weekly that the former Victoria’s Secret Angel and the Valente Brothers cofounder “have known each other for two years.” The two previously worked together in 2021 for a photo shoot for Dust Magazine.

News of Bündchen and Valente’s latest outing comes two days after the Tampa Bay Buccaneers’ devastating loss over the weekend, which eliminated Brady and his team from making another Super Bowl appearance. Though the quarterback originally retired at the beginning of 2022, he announced his return to the sport weeks later — a decision that rocked his marriage to Bündchen.

Tom Brady and Gisele Bundchen: A Timeline of Their Relationship

In September 2022, the Lessons: My Path to a Meaningful Life author got candid about her thoughts on her husband’s decision to un-retire. “Obviously, I have my concerns — this is a very violent sport, and I have my children and I would like him to be more present,” she said in an interview for Elle‘s October 2022 issue. “I have definitely had those conversations with him over and over again. But ultimately, I feel that everybody has to make a decision that works for [them]. He needs to follow his joy, too.”

That same month, a source exclusively told Us that the then-couple were living in separate houses amid the drama. “There is tension between them,” the insider said at the time. “They’re working through things and trying to come out on the other side.”

Bündchen and Brady announced their split in October 2022.

“With much gratitude for our time together, Tom and I have amicably finalized our divorce,” Bündchen wrote via her Instagram Story at the time. “My priority has always been and will continue to be our children whom I love with all my heart. We will continue coparenting to give them the love, care and attention they greatly deserve.”