After decades of being predictably overlooked across its major categories, hip-hop has broken through its ceiling at Australia’s top music awards.

On Wednesday, Genesis Owusu became the first hip-hop artist ever to take out the ARIA Awards’ album of the year prize for his acclaimed debut full-length Smiling with No Teeth. 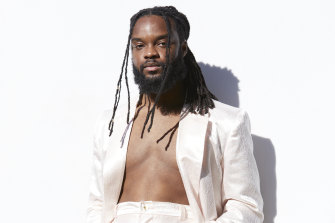 Rapper Genesis Owusu became the first hip-hop artist ever to take out the ARIA Awards’ top album of the year prize.Credit:Bec Parsons

In an impressive coup against major label power, the Canberra rapper, real name Kofi Owusu-Ansah, managed the win with an independent release, the first artist to accomplish the feat since Flume did with Skin in 2016.

The wins cap a solid run of honours for Owusu-Ansah’s Smiling with No Teeth. Released to international acclaim in March, the ambitious album – a remarkable blend of allegorical storytelling, personal politics, and playful sonic exploration – last week also claimed Triple J’s J Award for Australian album of the year.

After his breakout debut was snubbed at last year’s awards, global chart-topper The Kid Laroi claimed two ARIA trophies, winning the awards’ first gender-neutral best artist category, as well as best pop release for his Justin Bieber-featuring hit Stay, which reached #1 on the US’ Billboard 100 chart and spent 14 weeks atop the local ARIA singles chart. 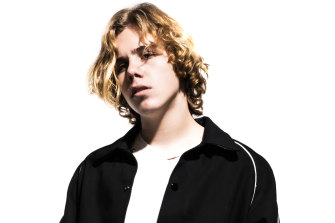 Sydney dance trio Rufus Du Sol beat out stiff competition including AC/DC and The Avalanches to win best group, while also winning the ARIA for best dance release for a record-tying third time for their brooding single Alive.

The night’s other major prize, the publicly-voted song of the year, was one win to curb any knee-jerk “Is Oz-rock dead?” debates: it went to Perth slack-rockers Spacey Jane for their Triple J Hottest 100 runner-up, Booster Seat.

The awards, which were broadcast on YouTube and 9Now, featured performances from Genesis Owusu, Amy Shark and The Kid Laroi.

1 Apr 20
If there was ever a time the world needed a little magic in their lives,…
Lifestyle
0