Comedian Geraldine Hickey has taken home the Melbourne International Comedy Festival’s top honour thanks to her latest offering, What a Surprise.

The award, which up until two years ago was named after veteran satirist Barry Humphries, recognises each festival’s most outstanding show. This year, Hickey gave audiences a hilarious snapshot of her relationship with her now-wife. The show has earned rave reviews, including five stars from this masthead. 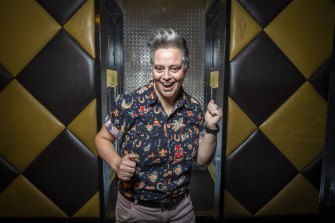 During her acceptance speech on Saturday afternoon, Hickey reminisced about her first-ever Melbourne Comedy Festival acknowledgement: a special commendation for taking part in the festival’s up-and-coming comics program 20 years ago.

“I self-produced my shows for many, many years,” she said. “So I’d kind of like to dedicate this award to anyone who’s in the middle of their career and at the tipping point of, ‘Is this working? Should I keep going? No one notices me.’

Hickey bested no less than seven other nominees for most outstanding show. They including Aaron Chen for Sorry Forever, David Quirk for Astonishing Obscurity, Ivan Aristeguieta for Pinata, Luke Heggie for Lowbreed, Michelle Brasier for Average Bear, Nikki Britton for One Small Step and Reuben Kaye for The Butch is Back.

Best newcomer was won by Charlie Zangel, who has performed at previous festivals under the stage name Charity.

“This is surreal,” Zangel said. “I want to thank the comedy festival … for [previously] taking a punt on a cross-dressing drag queen. I’m so excited this year to come out as myself and perform authentically. I feel really seen and heard.”

This year’s awards managed to retain an international flavour despite there being far fewer overseas performers on the lineup due to international travel restrictions. Scottish comedian Daniel Sloss took home the people’s choice award, which is given the comedian with the most ticket sales. The director’s choice award also went to New Zealand comic Melanie Bracewell for The Rumours Are True. 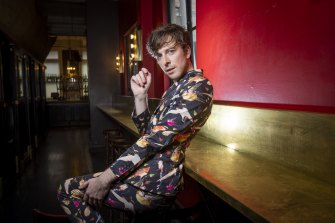 The Golden Gibbo, awarded to an independent show in memory of the late comedian Lynda Gibson, went to Nat Harris and Hannah Camilleri for Pet-Nat + Han ah Chocolat. The comics’ choice award went to Greg Larsen for This Might Not Be Hell, while The Funny Tonne award went to festival reviewer Bren Carruthers.

The Age is a media partner of the 2021 Melbourne International Comedy Festival.

Catch all the day’s headlines

At the end of each day, we’ll send you the most important breaking news headlines, evening entertainment ideas and a long read to enjoy.  Sign up here.