This article contains spoilers for the final episode of The Good Fight.

Everything ends, but few television shows end well. The Good Fight, which just finished its six-season run, chose to leave viewers with a jarring final image: Donald Trump, red-capped in the middle a throbbing campaign rally, launching his presidential bid for 2024. Just a few days later, in real life, Trump announced he would actually be making another run for the White House.

It was a strange and surreal coda, fitting for a story that morphed over 13 years from a conventional legal drama to an almost psychedelic riff on what it feels like to be alive in 2022.

The Good Fight began as a spin-off from the popular series The Good Wife, which followed lawyer Alicia Florrick (Julianna Margulies) in the wake of her husband’s sex scandal that led to him stepping down as district attorney. Sharply written and critically acclaimed, that show was rightly fêted as one of the last great network TV dramas, before the streamers took over. But it was very much of the Obama era – steeped in a belief that the arc of history bends towards justice.

The spin-off shifted focus to Florrick’s erstwhile mentor Diane Lockhart (Christine Baranski) as she joined a majority black law firm, where she was the only white partner. From the beginning, The Good Fight was spikier and stranger than its predecessor. And as the Trump years wore on, it became more concerned by racism, white supremacy, and the fragile state of democracy. The case-of-the-week format, which drives most legal dramas, drifted to the B-plot.

In Baranski’s hands, Diane Lockhart emerged as one of TV’s best characters. She was a singular figure, a successful woman in her 60s, still learning and changing, with a bone-dry sense of humour and a trademark husky laugh. Partly the magic came down to longevity – all up, Baranski played Diane for more than 13 years across both shows, 216 episodes, almost unheard of in the age of streaming.

But The Good Fight truly found its rhythm when it paired Baranski with fellow Broadway star Audra McDonald, who joined in season two as lawyer Liz Reddick. Over time, the two women forged a deep friendship – one that was far more compelling than Diane’s across-the-divide marriage to a Republican gun advocate.

Ostensibly The Good Fight was a legal drama, but its chief occupation was a question for our times: what’s the right thing to do when the world is falling apart? In search of the answer, the show’s writers turned to the absurd, often to brilliant effect. Take the season four opener, which imagined an unsettling alternate reality where Hillary Clinton won the 2016 election, “lean in” feminism abounded, and #MeToo never went viral.

Sure, other weird leaps didn’t land. But at a time when so much television is paint-by-numbers to suit streamers’ algorithms, even the most head-scratching twists could feel thrillingly unique. 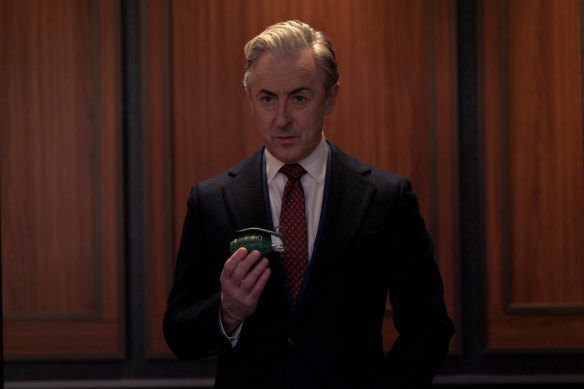 The final season of The Good Fight is set in a state of constant protest, with the law firm coming under attack from white supremacists.Credit:Elizabeth Fisher/Paramount+

The Good Fight’s final season was its most surreal. Civil unrest fills the streets below Diane and Liz’s Chicago office, stretching on through all 10 episodes, the faint sirens and chanting ever-present. Simply to get to work, the lawyers must fight through far-right rioters and tear gas. At one point white supremacists target the firm with sniper fire, shattering vases and exploding computers, a mirror of the show’s opening credits sequence – a terrifying and brilliant meta moment.

Against this bleak backdrop, the main characters weigh whether to fight on. Jay DiPersia (Nyambi Nyambi), the firm’s chief investigator, joins a secret black militia, which captures white supremacists and ships them to an Antarctic jail (where they can stare at white all day). Diane retreats to medical hallucinogens, administered by none other than Mad Men’s John Slattery. Liz doubles down, determined to create the world’s biggest black-owned law firm.

In the end, The Good Fight offered no simple answer to its central question. There is no right way to fight – only an imperative to do so, because progress is not inevitable. Increasingly though, the fight is to hold the ground you thought you’d already won. 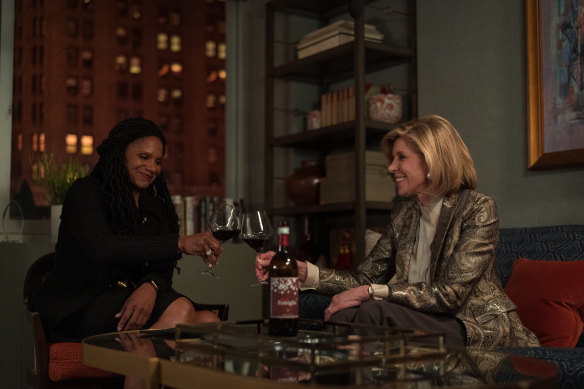 Audra McDonald as Liz Reddick and Christine Baranski as Diane Lockhart in The Good Fight.Credit:Elizabeth Fisher/Paramount+

We’re given one last moment with Diane and Liz – just before Trump’s announcement – as they walk together through the quiet Chicago night. The street has been cleared of rioters, and the women talk of what comes next.

“We couldn’t have worked any harder for the last six years, and yet things turned out in the shittiest possible way,” Diane reflects, her voice flecked with anger. “That is not true, things can always get much shittier,” Liz counters, drawing one final, unmistakable Diane Lockhart laugh.

The final season of The Good Fight is available on SBS On Demand. Earlier seasons are also available on Paramount+ and Stan (which is owned by the publisher of this masthead).

21 Oct 20
After being involved in an altercation in June, Transformers star Shia LaBeouf has been charged…
Lifestyle
0