Historic hall once owned by Princess Diana’s family that became home to injured soldiers in WW2 could be yours for £995,000

A historic hall that was owned by Princess Diana’s family and served as a convalescent home for injured soldiers during the Second World War is on the market for £995,000.

Dallington Hall in Northamptonshire was home to Diana’s great uncle, Charles Spencer, when he was a politician and hosted Conservative party members in the wine cellar of this house.

Once he became the 6th Earl Spencer in 1910 when his older brother died, he moved to the family seat Althorp House and gave Dallington Hall to the council to use for the war effort.

The Grade II Listed house was sold in 1980 and converted into apartments, with this five-bedroom property comprising the major portion of the Georgian town house. 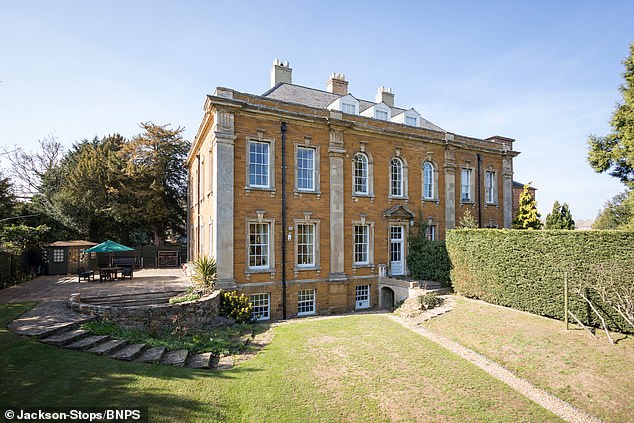 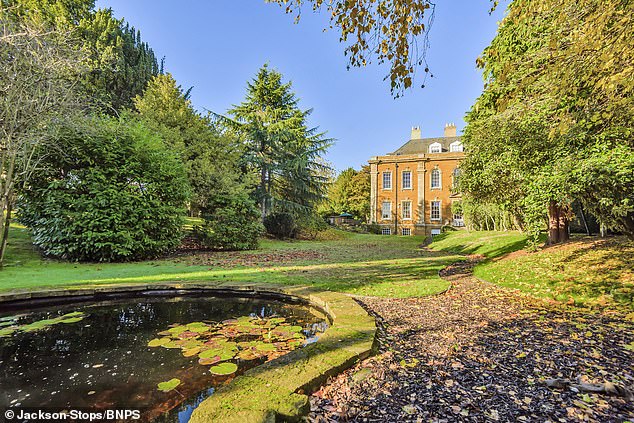 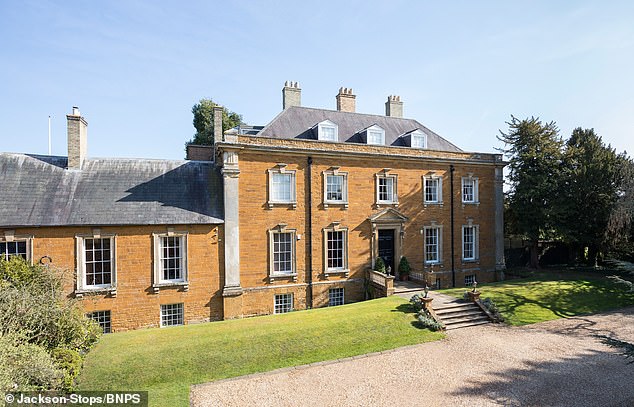 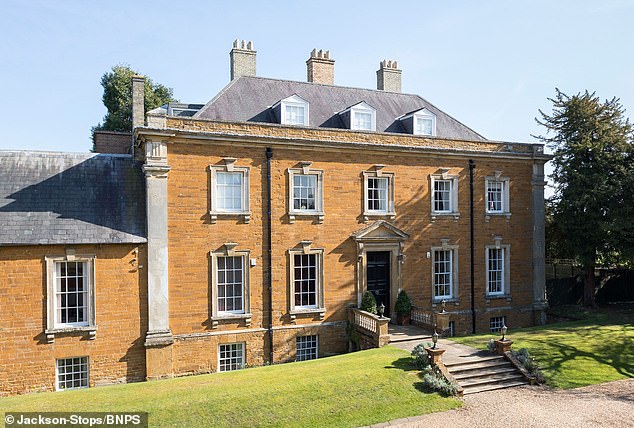 It was built in 1720 for Sir Joseph Jekyll, a prominent barrister, judge and Master of the Rolls.

The house has a striking front door, which is exclusively for use by this property, and a magnificent two-storey listed Georgian oak staircase.

It has 4,663 sq ft of accommodation spread out over three floors.

The luxury amenities include a vaulted games room on the lower ground floor and also a sauna. 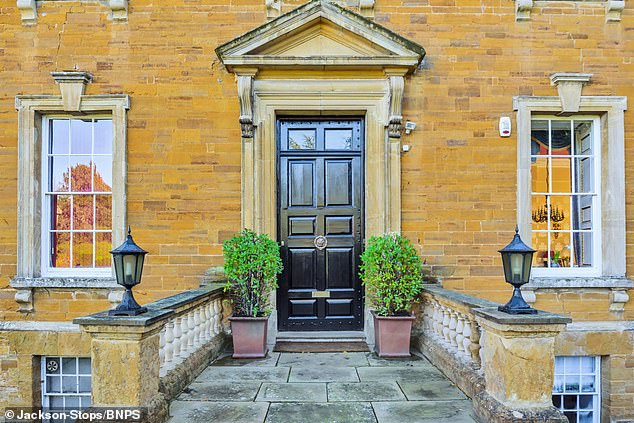 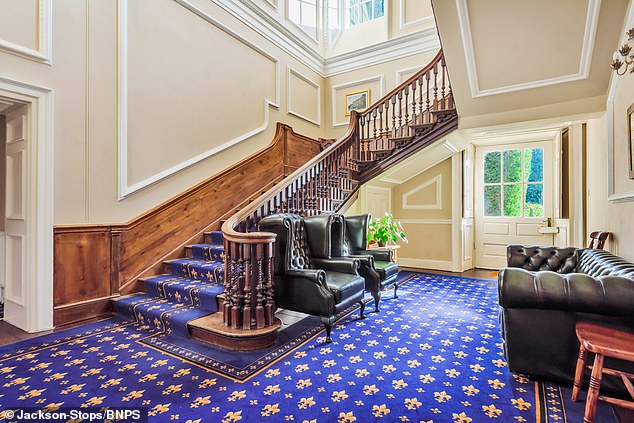 Inside there’s 4,663 sq ft of accommodation spread out over three floors 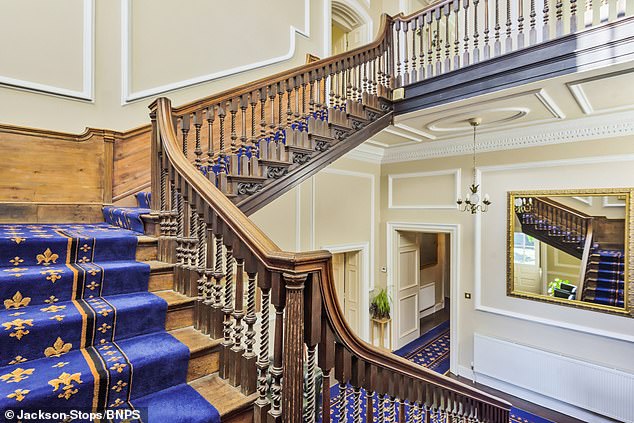 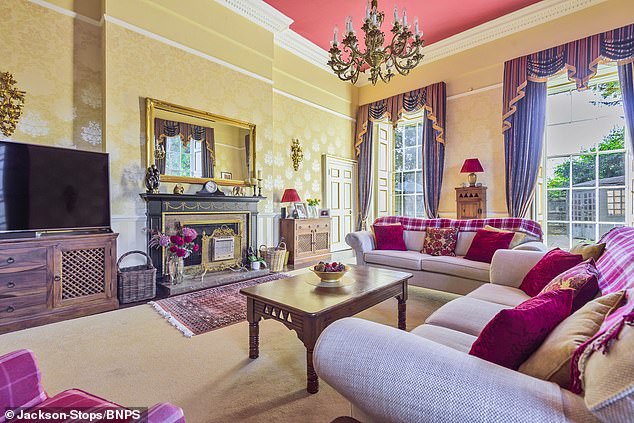 On the ground floor, the large living room windows offer plenty of natural light to enjoy in the spacious entertainment area 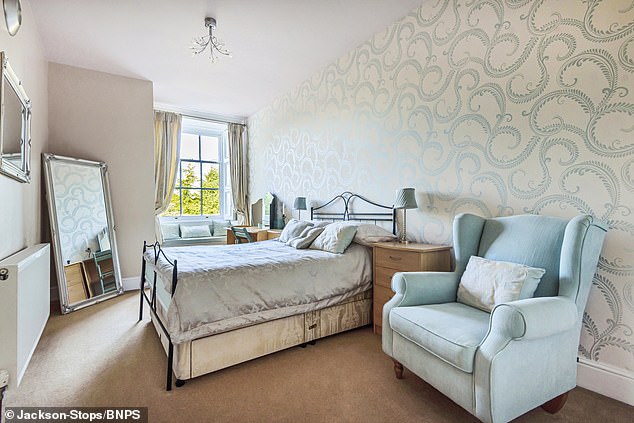 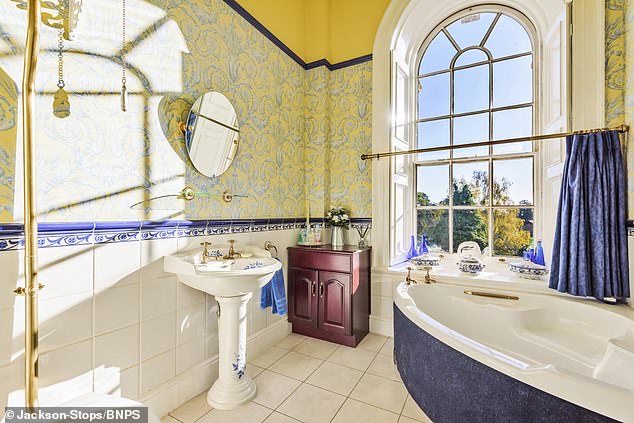 On the ground floor there is a drawing room, dining room, kitchen and sitting room, as well as the impressive hall.

Upstairs there is five bedrooms and two bathrooms – more than enough for a family get together.

Outside there is a sunny south-facing terrace, mews courtyard and a garden with lawn, ornamental pond and mature trees.

Nick Pattison, from Jackson-Stops, which is selling the property, said: ‘Dallington Hall is exceptionally beautiful and something of a lifestyle property. 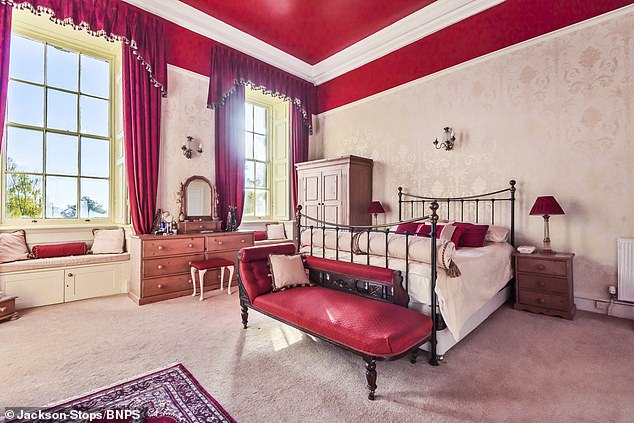 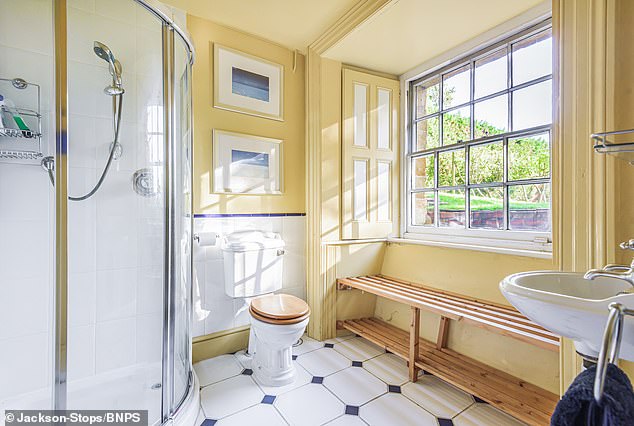 Although the house dates back to the 18th century, it has some fetching modern touches 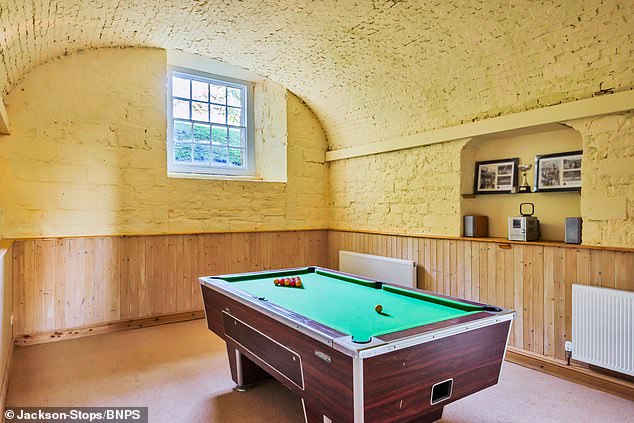 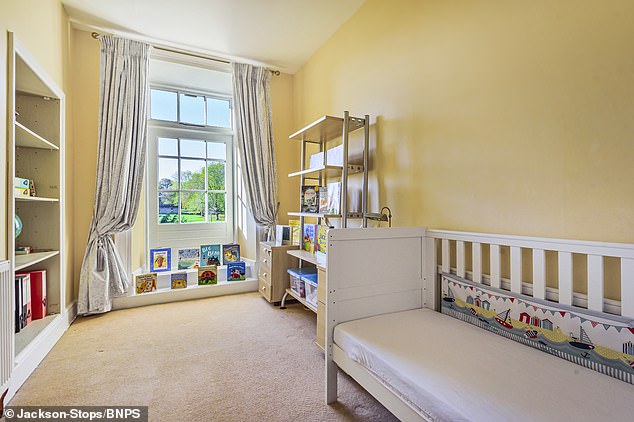 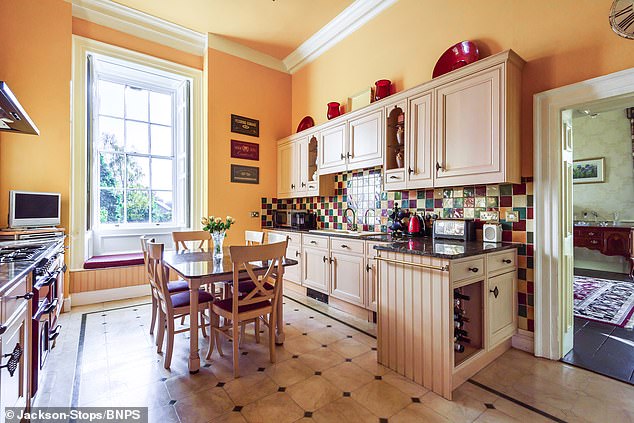 ‘It occupies the largest part of the mansion block and offers a rare opportunity to be the custodian of a very important building.

‘One of the property’s most striking attributes is the wonderful hallway with the separately listed Georgian staircase.

‘Dallington Hall is Grade II* Listed due to the staircase, which is private to this house.

‘The Spencer family are well known in Northampton, with their ancestral home of more than 500 years, Althorp House, being less than ten miles out of the centre.

‘Dallington Hall once belonged to Diana’s great uncle, the Rt Hon Charles Robert Spencer. He was a member of the Conservative Party and represented Northamptonshire North in Parliament in the 1880s. 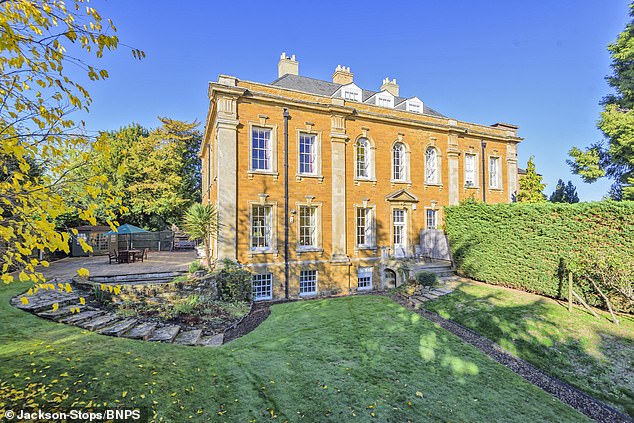 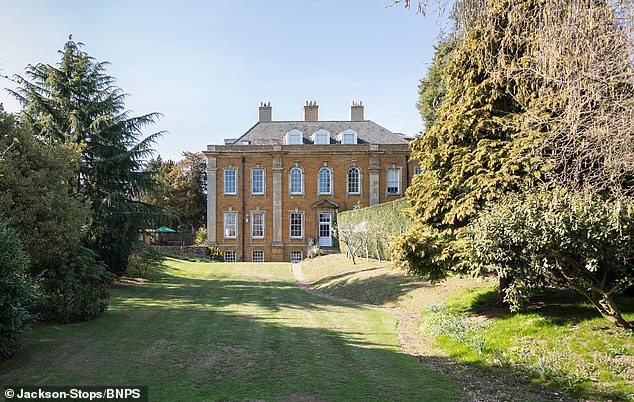 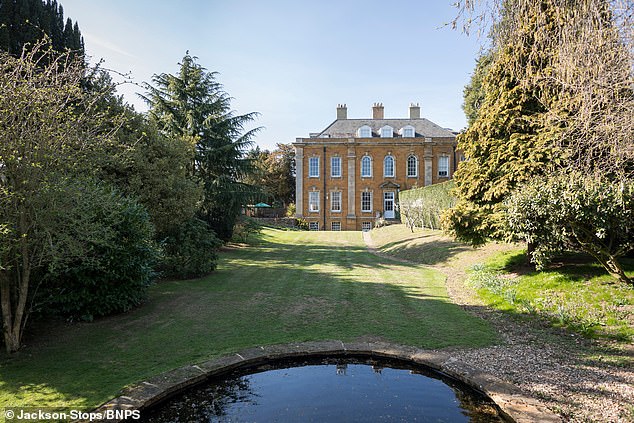 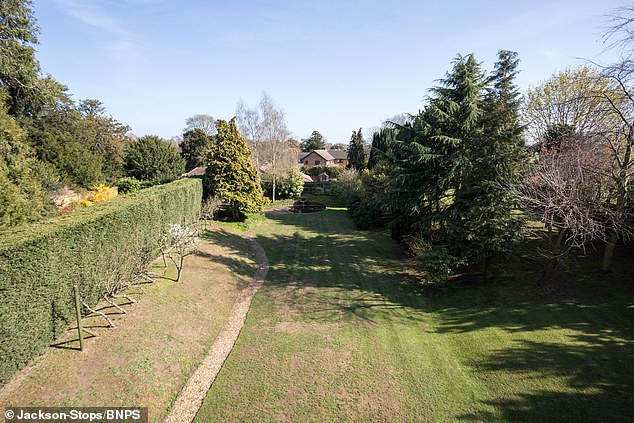 It’s located in the middle of gorgeous Northamptonshire countryside

‘He would regularly wine and dine party members in the wine cellar, which is now the games room.

‘When his brother passed away he became the 6th Earl Spencer and moved to Althorp. He gave Dallington Hall to the council to serve as a convalescent and respite home for wounded soldiers during the Second World War.

‘It’s certainly a property that captures the imagination.’ 9 Aug 22
Can you THINK yourself out of pain? Doctor claims these five simple exercises can ease…
Lifestyle
0